“Nothing but a Man” is available on DVD from TCM.

It is a lean, unpretentious little picture about a young Negro laborer in Alabama who gives up a good job on the railroad to marry the daughter of a Baptist preacher and settle down, then runs into all kinds of trouble because he refuses to be what he calls “a white man’s” N-word and say “yassuh, boss.”

On the surface and in the present climate, it might seem a drama of race relations in the South, and in a couple of sharp exchanges of the hero with arrogant white men, the ugly face of imminent racial conflict shows.

But essentially it is a drama of the emotional adjustment of a man to the age-old problem of earning a livelihood, supporting a family and maintaining his dignity. The conditions of making a living are made more difficult for the man in this case because he is a Negro and will not play the expected Negro role, despite the warnings of his fellow workers and the urgings of his father-in-law.

Update: This is Helene Arrindell.

For Tuesday, we have a clean-shaven mystery gent.

Update: This is Yaphet Kotto.

For Wednesday, we have two mystery ministers.

Update: This is Marshal Tompkin and Stanley Greene. 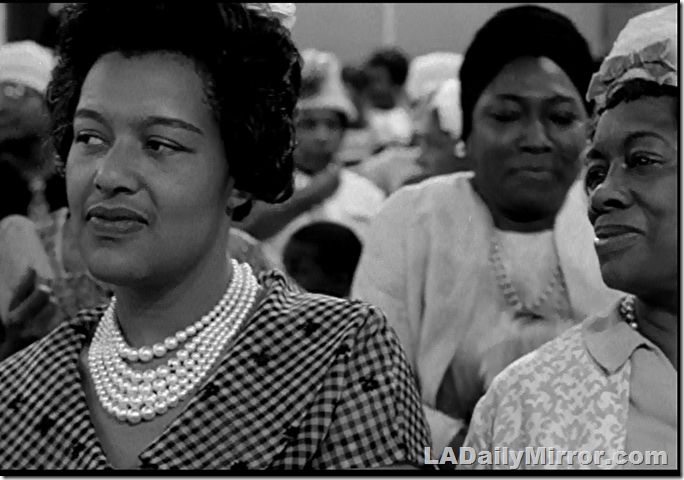 For Thursday … if you blink you’ll miss her.

Update: This is Esther Rolle.

Also for Thursday, we have this mystery woman…

Update: This is Gloria Foster.

… and this mystery gent.

Update: This is Julius Harris.

… here they are in the leading man’s car. 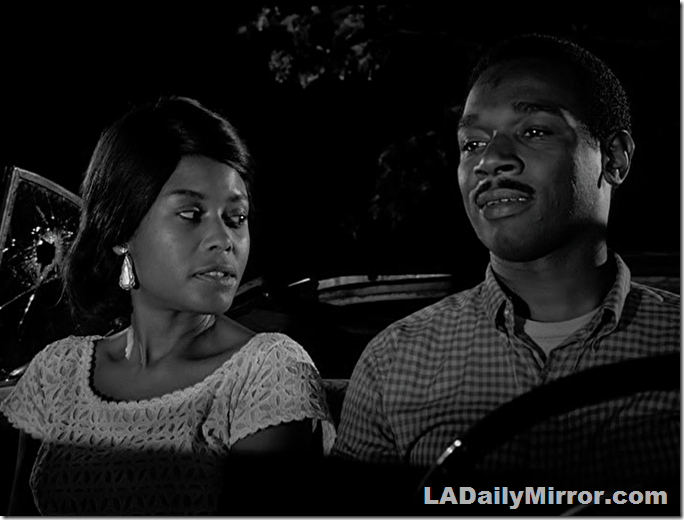 Update: This is Abbey Lincoln and Ivan Dixon.