“The Big Broadcast of 1937” has never been commercially released, but you can find it on the gray market.

Thanks to the member of the Brain Trust who requested “The Big Broadcast of 1937.”

If you have a mystery movie request, send it in!

Completely shaming these round-the-world travelers, Paramount has brought in its annual radio show a year ahead of schedule. “The Big Broadcast of 1937,” third of the series and not to be confused with the equally previous  “Big Broadcast or 1936,” seen in 1935, has landed on cats’ feet at the Paramount Theatre and goes bouncing across its screen with a deal of geniality and good humor. An amusing potpourri of words and music, it is energetically played by a cast from the networks and the studios and it has been directed and photographed with considerable artistry by (respectively) Mitchel Leisen and Theodor Sparkuhl.

For Monday, we have a sophisticated mystery guest in a pensive moment during a genteel drawing-room drama.

Update: Sadly, our sophisticated gent remains unidentified. I was hoping a member of the Brain Trust would recognize him.

For Tuesday, we have a mystery gent. With big hoop earrings.

I’ve heard of mike shadows before, but this is ridiculous.

Here’s one of the many mysterious musicians in our mystery movie.

Update: This is Benny Fields

Here are some more.

Here’s a mystery woman with still another mystery microphone. There are lots of mystery mikes in this picture. If you made them into a drinking game you would be smashed in the first reel.

Update: This is Shirley Ross.

For Thursday, we have a mystery musician and his mysterious instrument.

Update: This is “Bazooka” Bob Burns. 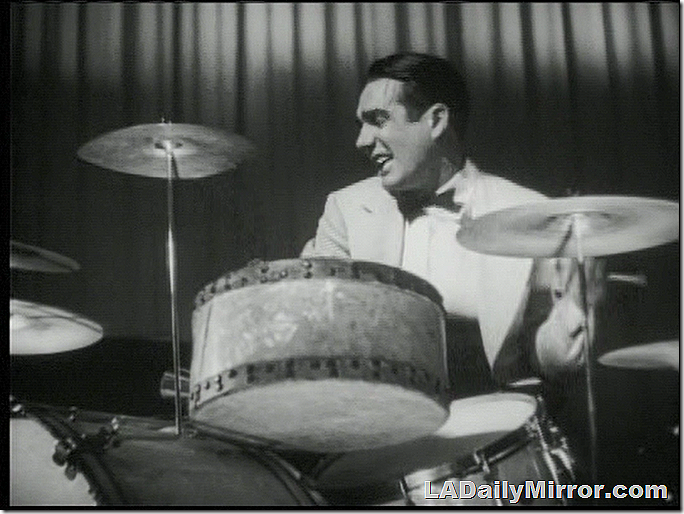 Update: This is Gene Krupa.

Update: This is an incredibly young Leopold Stokowski.

Update: This is Martha Raye.

Personal note to Mike Hawks: He’s supposed to be in this movie but I can’t find him anyplace!