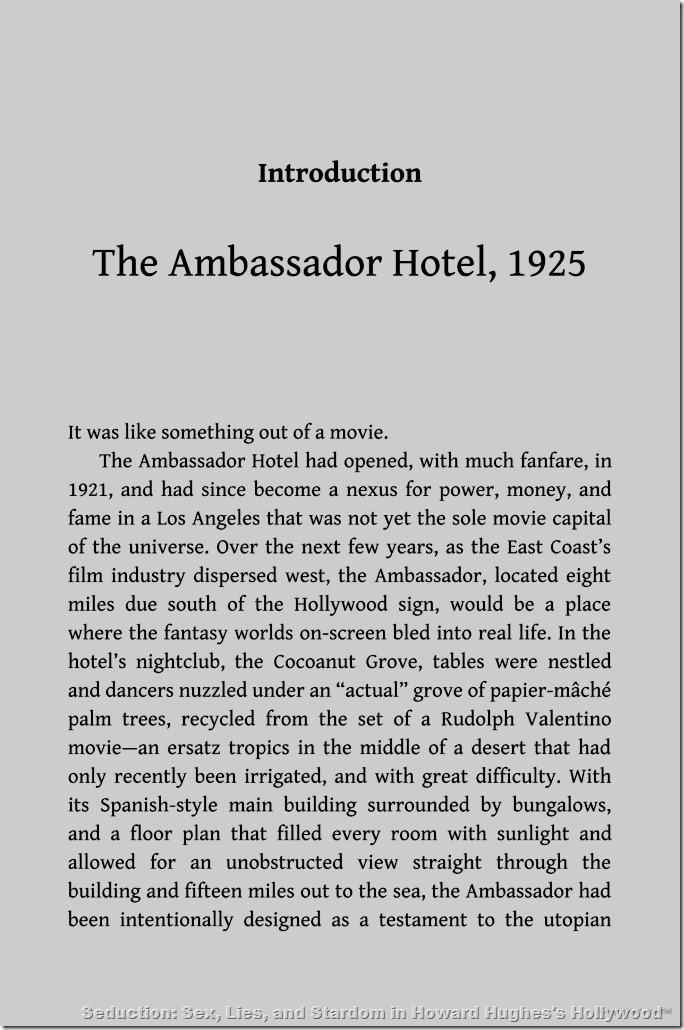 Here’s a “fun” challenge. How many mistakes can you spot on the first page of “Seduction: Sex, Lies, and Stardom in Howard Hughes’s Hollywood?”

A friend who has written many distinguished books on Hollywood emailed me over the weekend about Sheila O’Malley’s review in the Los Angeles Times of Karina Longworth’s “Seduction: Sex, Lies, and Stardom in Howard Hughes’s Hollywood.”

Years ago, to keep my head from exploding, I opted out of what The Times passes off as book coverage, but prodded by my friend, I took a look. I was not impressed with O’Malley’s review, but I’ll let you make up your own mind about her take on the book.

Longworth’s biography is a different matter, however, because we are big fans of accuracy and original research at the Daily Mirror HQ. I was curious as to whether she would pick up the totally concocted story about Howard Hughes and David Bacon put forth in Darwin Porter’s wretched book on Hughes, “Howard Hughes: Hell’s Angel.”

But Longworth lost me on the first page with one glaring, elementary blunder. Anybody who makes such rudimentary mistakes simply isn’t worth reading. It is a shame when neither an author writing about Hollywood — nor the editor — know anything about Los Angeles history.