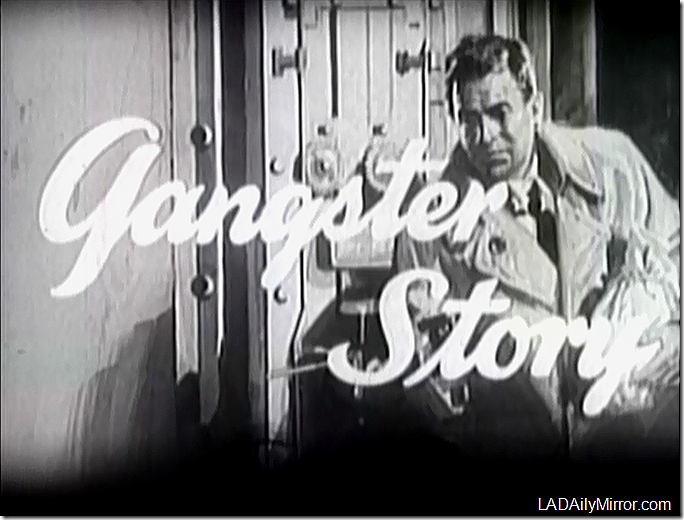 “Gangster Story” is available on Amazon.

“Gangster Story” was not reviewed by the New York Times. However a 1966 feature by Peter Bart headlined “The Ukrainian Cary Grant?” says he wrote, directed and produced “Gangster Story” to pick up an extra $2,500. “It’s the worst picture ever made,” Matthau said. 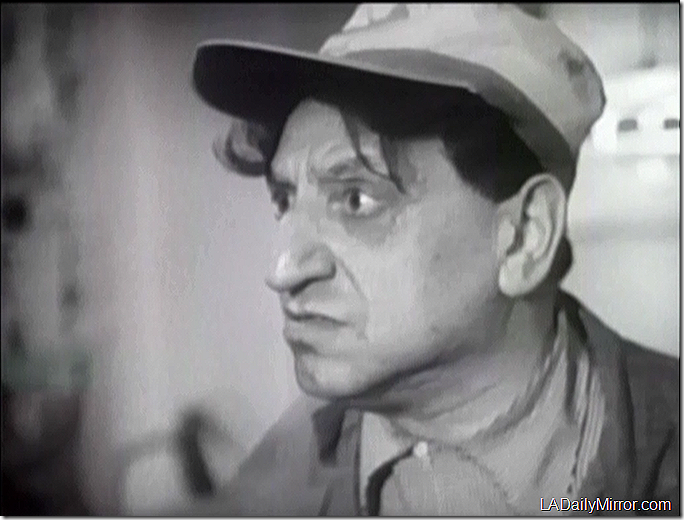 For Monday, we have a mystery gent. He says he’s OK with such goings-on, but he really doesn’t know what’s going on.

Update: This is Raikin Ben-Ari.

For Tuesday, we have a mystery woman. She has just discovered certain goings-on and does not approve.

Update: This is Carol Grace, Walter Matthau’s wife, in a rare screen appearance.

Update: This is Bruce MacFarlane.

Update: This is Vic Tayback, right.

For Thursday, we have some guests with various levels of mysteriousness.

Update: This is Clegg Hoyt and Tayback. 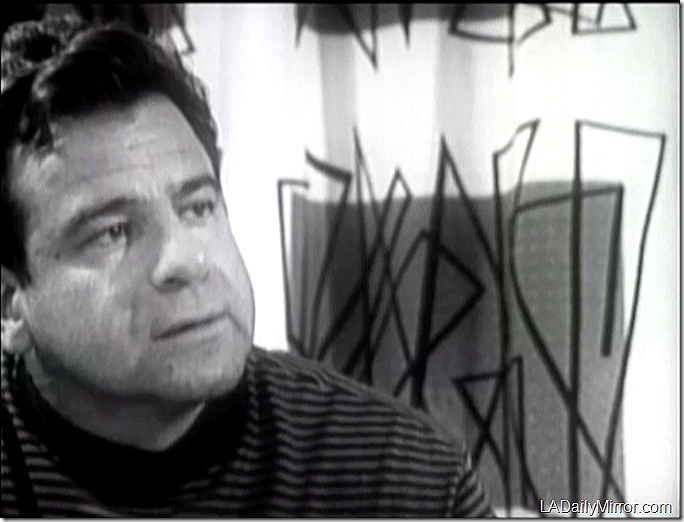 For Friday, our mystery leading man/director is creatively framed by the photographer so that we can appreciate the mid-century cafe curtains.

Update: This is Walter Matthau.