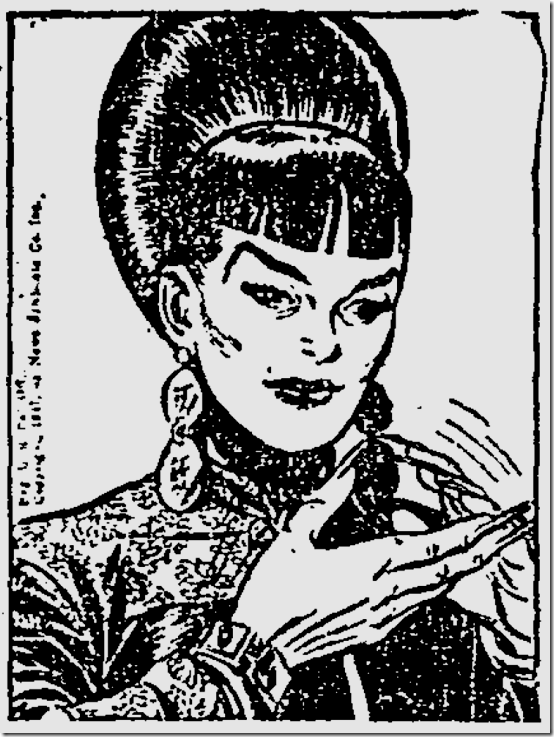 After a weeklong preliminary hearing, four of five youths arrested in the Lincoln Park “hibiscus” murder case were today held to answer to Superior Court by Municipal Judge Arthur Guerin.

Freed after the hearing was Ephrem “Baby Face” Olivas, 18, who was named by the four others as the slayer of Naomi Tullis Cook, 52, whose beaten body was found under a clump of hibiscus bushes in the park near the men’s restroom.

Held without bail were Gilbert “Maestro” Martinez, 17; Leandro “Wero” Lujan, 15; Benjamin “Jesse James” Valenzuela, 16; and Vincent “Bill” Arias, 18.
Defense attorneys charged that confessions were obtained through brutality, which was denied. Olivas was turned free when the court ruled that confessions by accomplices, not supported by corroborative evidence, could not be introduced. Mrs. Cook was killed by a heavy blow with a bolt.

Here’s another of L.A.’s famous floral murders, apparently ignored by The Times and run as a sidebar to the Dahlia case in the Examiner. The nicknames add an interesting bit of color and the obvious implication that these teenagers are thugs. The Examiner had absolutely no qualms about reporting the names of juveniles accused of a crime. I imagine “Wero” is actually “Huero,” a slang term for a light-skinned individual. The Cook murder was never solved.

Bonus factoid: Otto Klemperer gets a rave review in The Times for conducting a Bach concert at Philharmonic Auditorium. Later in the year, Klemperer will go club crawling to hear jazz on Central Avenue and bad things will happen.

Quote of the day: “D.W. Griffith quietly celebrated his 72nd birthday at home with his wife.”
Hedda Hopper

I am retired from the Los Angeles Times
View all posts by lmharnisch →
This entry was posted in 1947, Comics, Crime and Courts, Music and tagged 1947, comics, crime and courts, quote of the day, Red Hibiscus Murder. Bookmark the permalink.