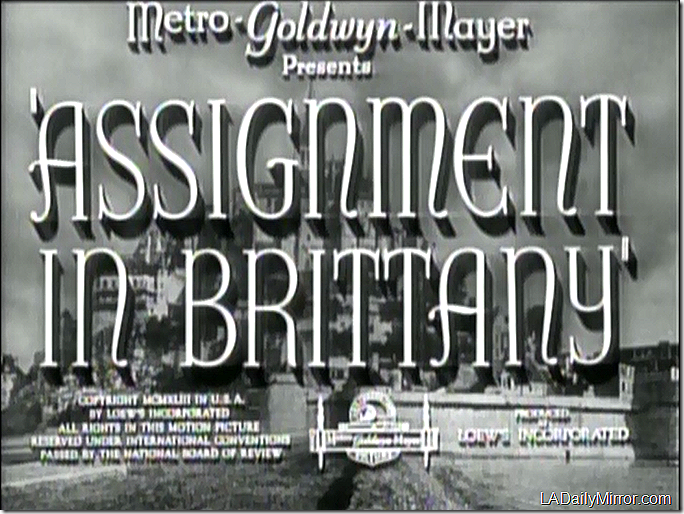 This week’s mystery movie has been the 1943 MGM picture “Assignment in Brittany” with Pierre Aumont, Susan Peters, Richard Whorf, Margaret Wycherly, Signe Hasso, Reginald Owen, John Emery, George Coulouris, Sarah Padden, Miles Mander, George Brest, Darryl Hickman, Alan Napier, Odette Myrtil, Juanita Quigley and William Edmunds. It was produced by J. Walter Ruben, with a screenplay by Anthony Veiller, William H. Wright and Howard Emmett Rogers from the novel by Helen MacInnes. It was photographed by Charles Rosher, with music by Lennie Hayton, art direction by Cedric Gibbons and William Ferrari, and set decorations by Edwin B. Willis and Edward G. Boyle. Costumes were by Irene and Shoup, and the men’s costumes by Gile Steele. The film was directed by Jack Conway.

It is not commercially available on DVD.

Perhaps in milder times “Assignment in Brittany” might have seemed less tepid as a simple yarn of adventure and hair-breadth escapes. A secret agent returns to France and the native village of the pro-Nazi Frenchman whom he is impersonating. There he inherits the conflicting amours, one sacred, one profane, of his predecessor, and after a moderately foolish romantic contretemps finds his way to the camouflaged port, signals the commandos and sails away from the flaming shambles with his true love while all hands heartily sing “La Marseilles.” 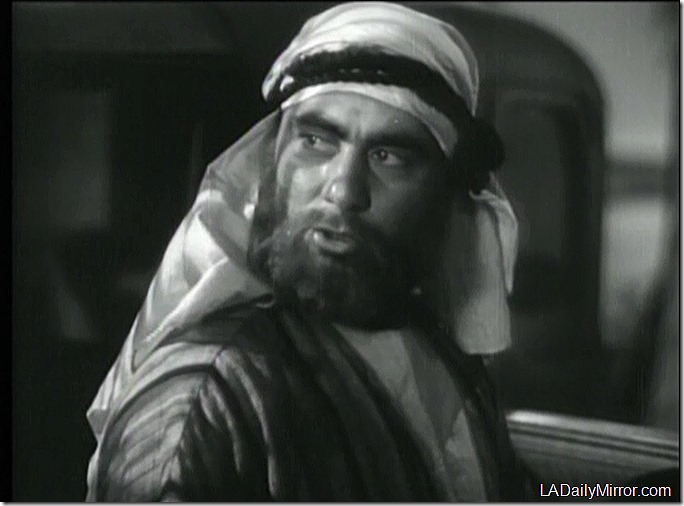 Update: This is Alberto Morin. 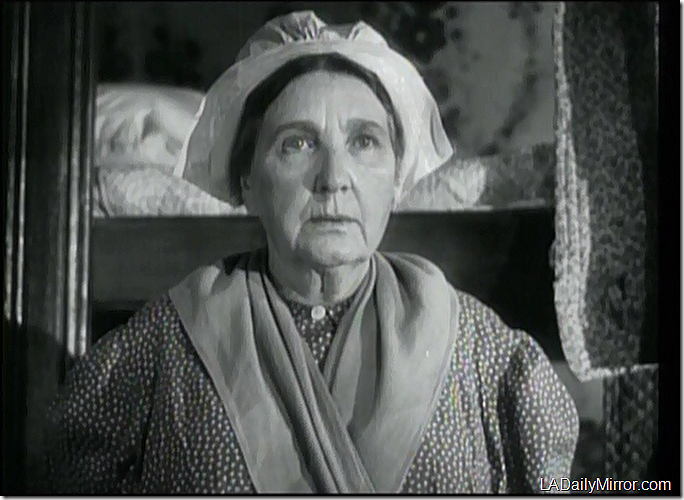 And for Tuesday, we have a mystery woman.

Update: This is Sarah Padden.

Brain Trust roll call: Partial credit to Lorenzo. He’s in the movie, but in another role.

Update: This is Richard Whorf.

For Thursday, we have a mystery woman. I have cropped out Back of the Head Guy, who will appear tomorrow.

Update: This is Susan Peters.

For Friday, we have a mystery Nazi and his mystery companion …

Update: This is Signe Hasso and George Coulouris.

And our mystery leading man.

Update: This is Jean-Pierre Aumont.