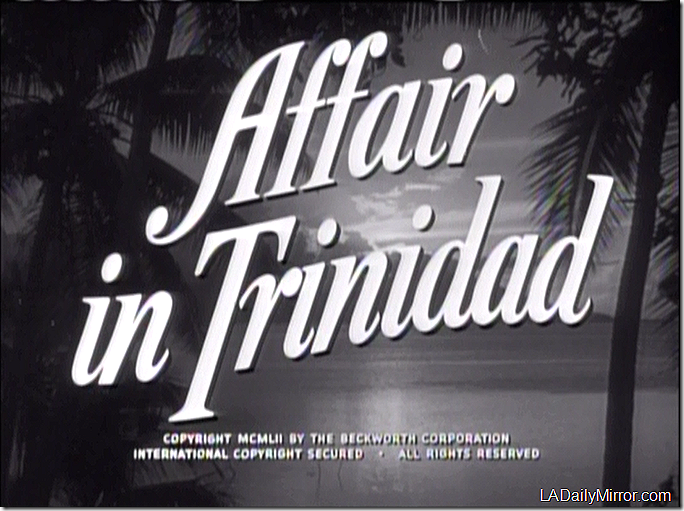 The DVD was released in Sony’s Martini Movies collection and  is available from Amazon.com.

Los Angeles Times, Dec. 14, 1951: Hayworth was suspended by Columbia for 10 days after she refused to report for work. Hayworth said she hadn’t seen a complete script, but the studio replied that she did not have script approval.  Hayworth remained unhappy about “Trinidad.” Hedda Hopper reported (June 27, 1952) that Hayworth cried when she saw the picture and noted that Hayworth “doesn’t enjoy playing a bad character on the screen.”

Outside of its celebration of the return of Rita Hayworth to the screen—an occurrence almost as momentous as the birth of a new camel at the zoo—there is little to endow with distinction that lady’s and Columbia’s new film, “Affair in Trinidad,” which took its shoes off and settled down at the Victoria yesterday.

In the first place, this tepid fiction, which Berne Giler and Virginia Van Upp have indifferently and cheerlessly concocted from a lot of obvious spy-thriller clichés, becomes as apparent and monotonous as a phonograph record on which the needle is stuck before it has traveled half the distance of the hour and forty minutes that it runs.

With appropriate smoothness and efficiency along well-mapped lines, the return of Rita Hayworth to the screen is accomplished in “Affair in Trinidad.” Columbia Studio brings its long-absent feminine star back in a suspense melodrama, with tropic background, and an unquestioned family resemblance to her popular success “Gilda.” 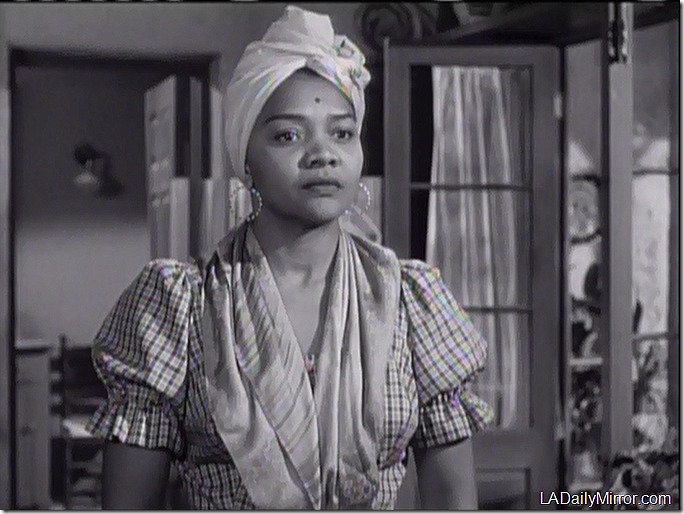 Update: This is Juanita Moore. 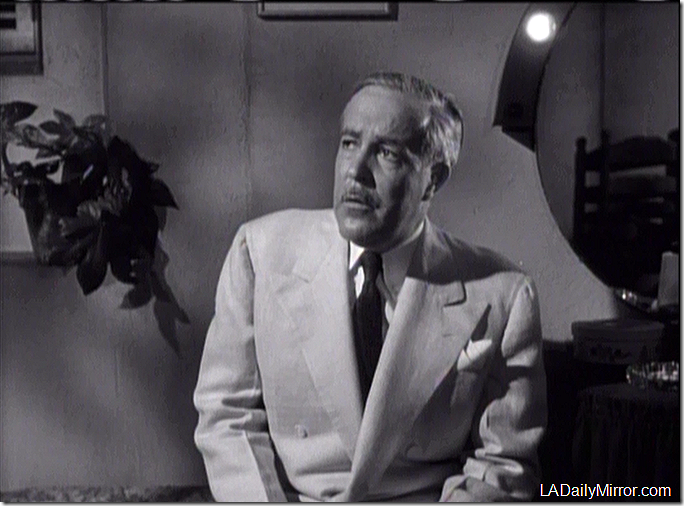 Update: This is Howard Wendell. 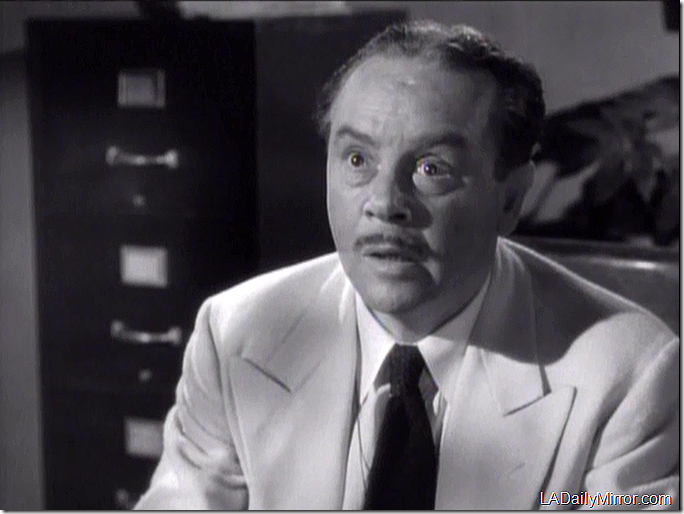 For Wednesday, we have this astonished gent.

Update: This is Steven Geray. 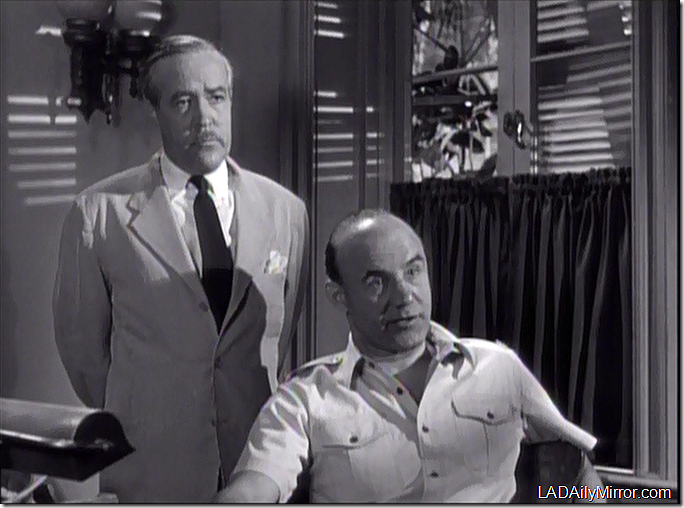 For Thursday, Tuesday’s mystery chap has a mystery companion.

Update: This is Howard Wendell and Torin Thatcher. 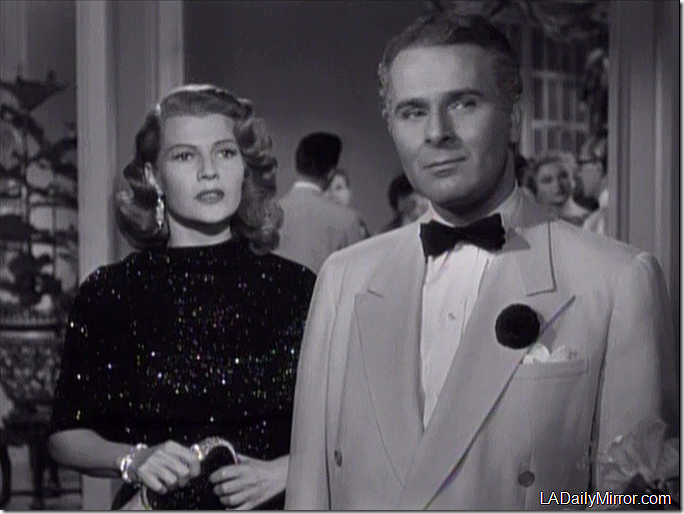 For Friday, our leading lady has a mystery companion. 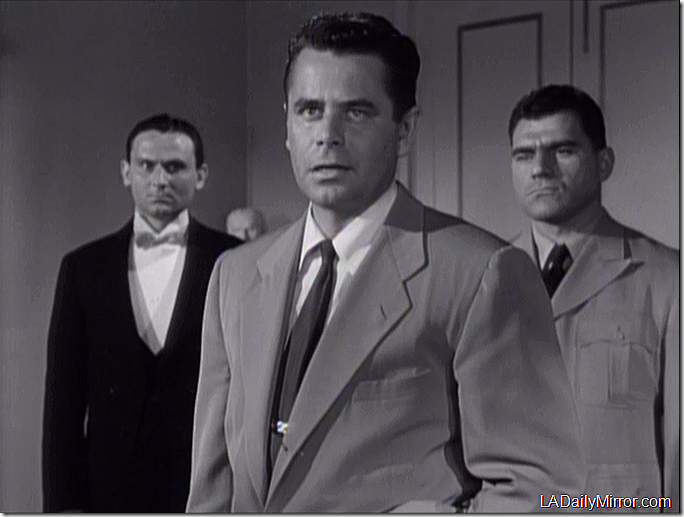 And our non-mysterious leading man.

Update: This is Glenn Ford.