It is available on DVD from Amazon Spain. 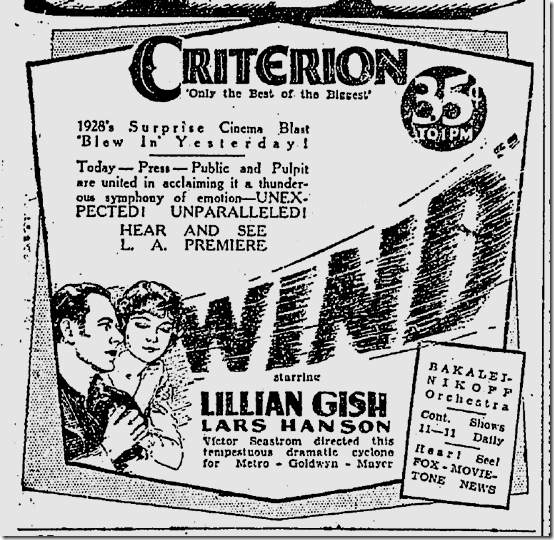 “The Wind” opened Dec. 14, 1928, in Los Angeles, having been held by MGM for a year, presumably to reshoot the ending.

Yesterday afternoon’s rain was far more interesting than the Capitol Theatre’s current screen, offering, “The Wind,” an adaptation of a story by Dorothy Scarborough. The rain was real, and in spite of the lowering skies there was life and color around you. In the picture, the wind, whether it is a breeze or a cyclone, invariably seems a sham, and Lillian Gish, the stellar light in this new film, frequently poses where the wind is strongest; during one of the early episodes she does her bit to accentuate the artificiality of this tale by wearing the worst kind of hat for a wind.

The plot of the picture is in its way logical enough, though some of the circumstances test the imagination considerably…. Photographically, for example, there are some scenes which are decidedly mechanical and Miss Gish’s acting has the fault at times of being theatrical. However there is very much to commend the production pictorially, and as a whole Miss Gish’s acting has a splendid vitality. It is all the more regrettable on this account that the melodrama of certain situations is overemphasized, with the resulting loss of a certain finer reality.

Update: This is William Orlamond. 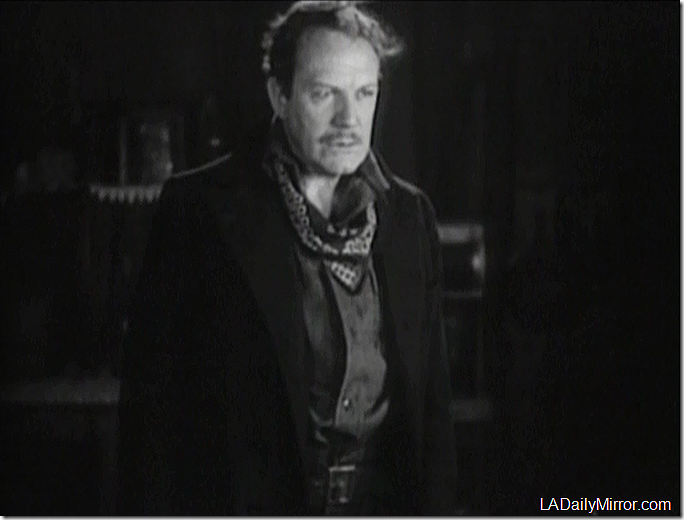 Update: This is Montagu Love. 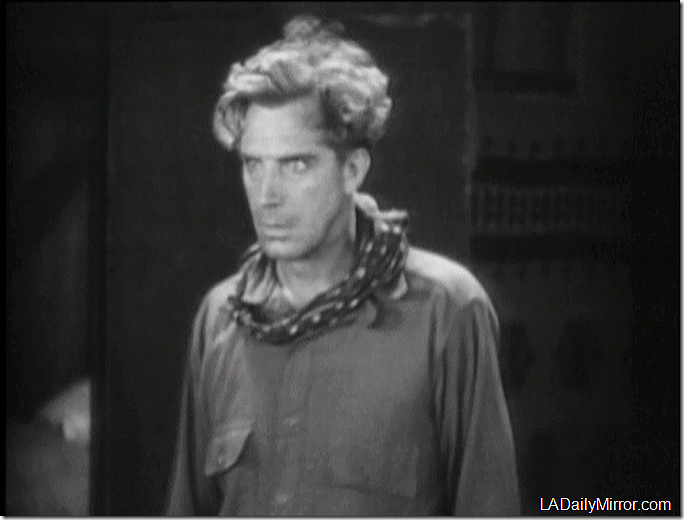 For Thursday, we have this intense gent, who says: “All will become clear by Friday.”

Update: This is Lars Hanson.

And for Friday, we have a non-mystery woman who is apparently caught in the Santa Anas.

Update: This is Lillian Gish.