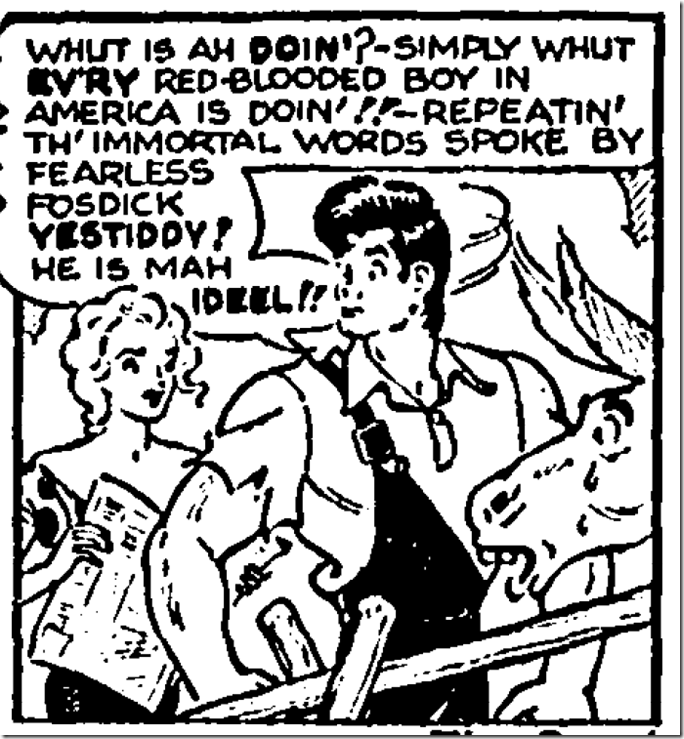 I need to do a little catching up on national politics, with the Republican National Convention, which was held in Chicago. Of course, the convention was covered by Times political editor Kyle Palmer and as usual, the man who helped create Richard Nixon made no pretense of being impartial.

California Gov. Earl Warren delivered the keynote address, but stunned the Republicans when he declined to join the ticket as vice presidential candidate. In rebuffing the “draft Warren” movement, he explained: “I would be happy to accept your offer if I were a free agent. However, I have made certain commitments and assumed certain obligations to the people of my state which are not yet fulfilled.”

Warren also said: “I have to refuse because I must live with my own conscience.” 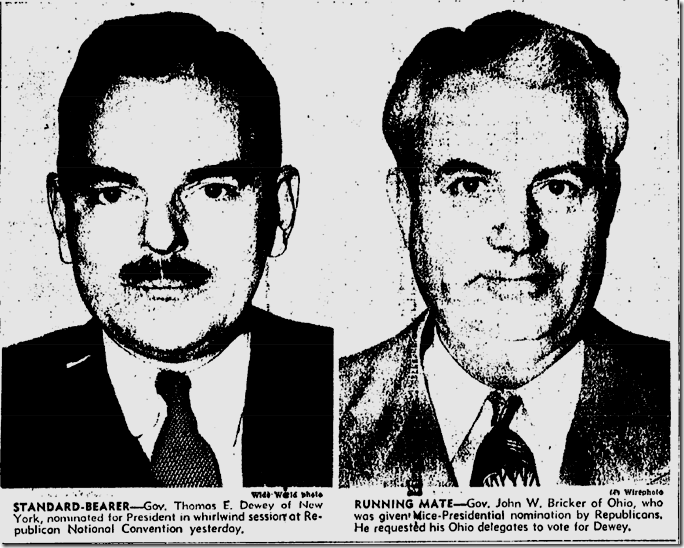 I am retired from the Los Angeles Times
View all posts by lmharnisch →
This entry was posted in 1944, Comics, Politics and tagged 1944, Earl Warren, Franklin D. Roosevelt, politics, Thomas E. Dewey. Bookmark the permalink.