‘Laura’ — The Making of a Classic Film Noir, Part 4 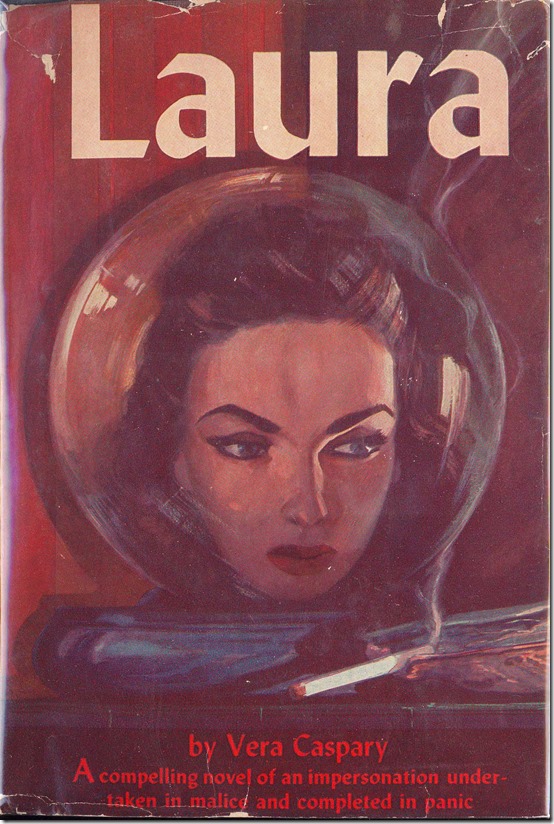 In case you just tuned in, I’m using the May 15 post by Louella Parsons on Rouben Mamoulian being replaced by Otto Preminger as director of “Laura” to spend some time examining the production of the film noir classic.

A previous post took a brief look at the life of author Vera Caspary, whose novel was the basis for the film. In her autobiography, “The Secrets of Grown-Ups,” she says that early in her career, she was the ghostwriter for a correspondence course on the art of the photoplay.

I didn’t expect much from a 92-year-old book on writing for the movies by someone who had never done it and the first chapter is not promising. It’s loaded with irrelevant material to pad out the lesson. And yet I was curious enough to keep reading on the chance that there might be glimmers of the future author in what promised to be a dreadful book. Can one learn anything about a 1940s film from a somewhat iffy text written 22 years earlier?

The answer is a qualified yes. The book is more than a curio on how to write a 1920s silent film. There are occasional worthwhile insights on writing, and a lot of dross. I suppose Caspary’s summaries and analyses of some lost silent films might be valuable for the researcher, although the plots seem preposterous.

Keep in mind that “The Fox Plan of Photoplay Writing” was published in 1922, when pictures were not always known for their subtlety, careful delineation of character or logical plot points.  (See “Sonny,” below.) This will be important later, when we look at the plot turns of “Laura” as they appear in the book, film, radio play and stage production, all of which treat the story’s elements differently.

Here’s some advice that is timeless and still very much of its era.

And look at this:

Richard Barthlemess in “Sonny,” in a lobby card listed on EBay at $100.

And yet in the middle of what at times feels quite modern, there’s a long plot analysis of “Sonny,” an apparently lost film starring Richard Barthlemess in dual roles that seems to embody all that’s wrong with movie plotting of the era: Impossible coincidences and farfetched action. 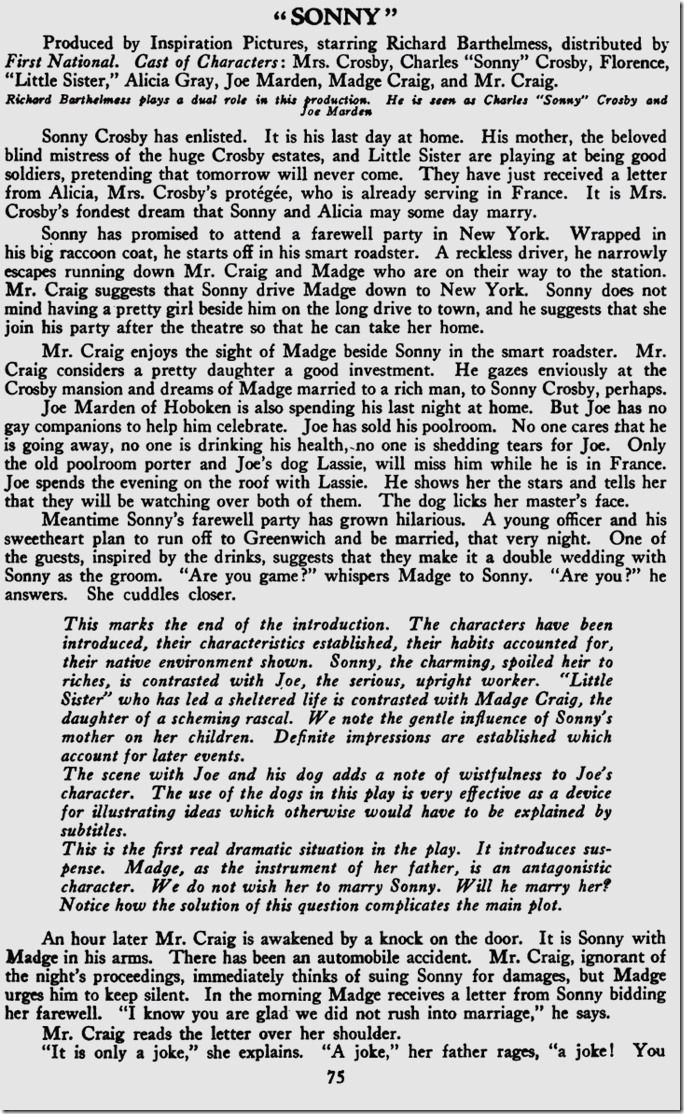 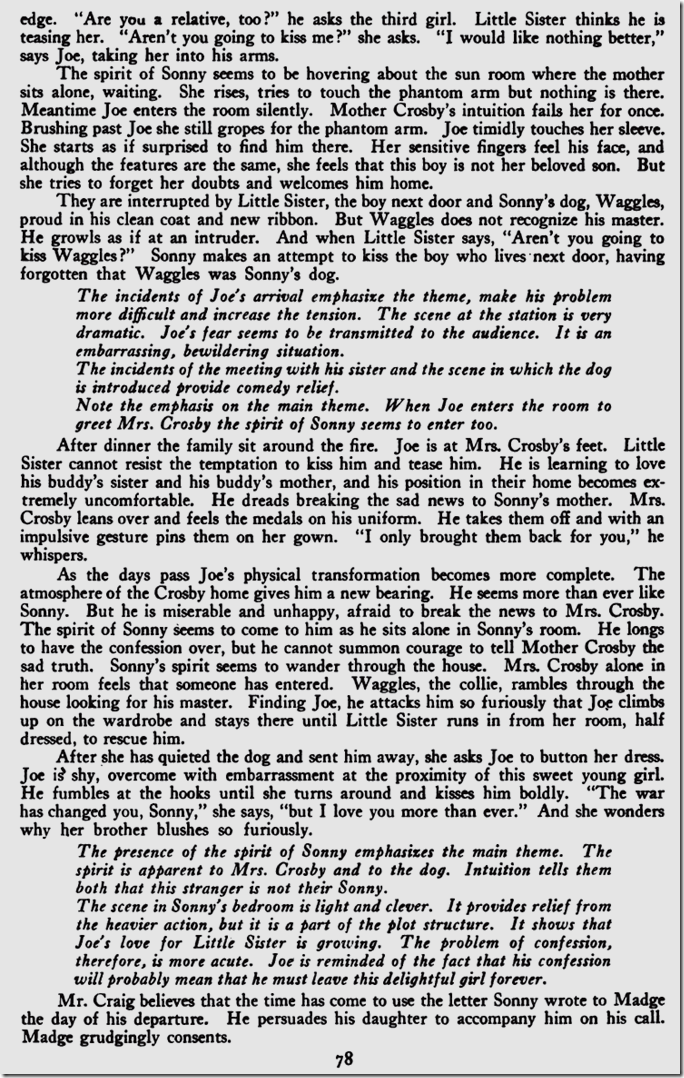 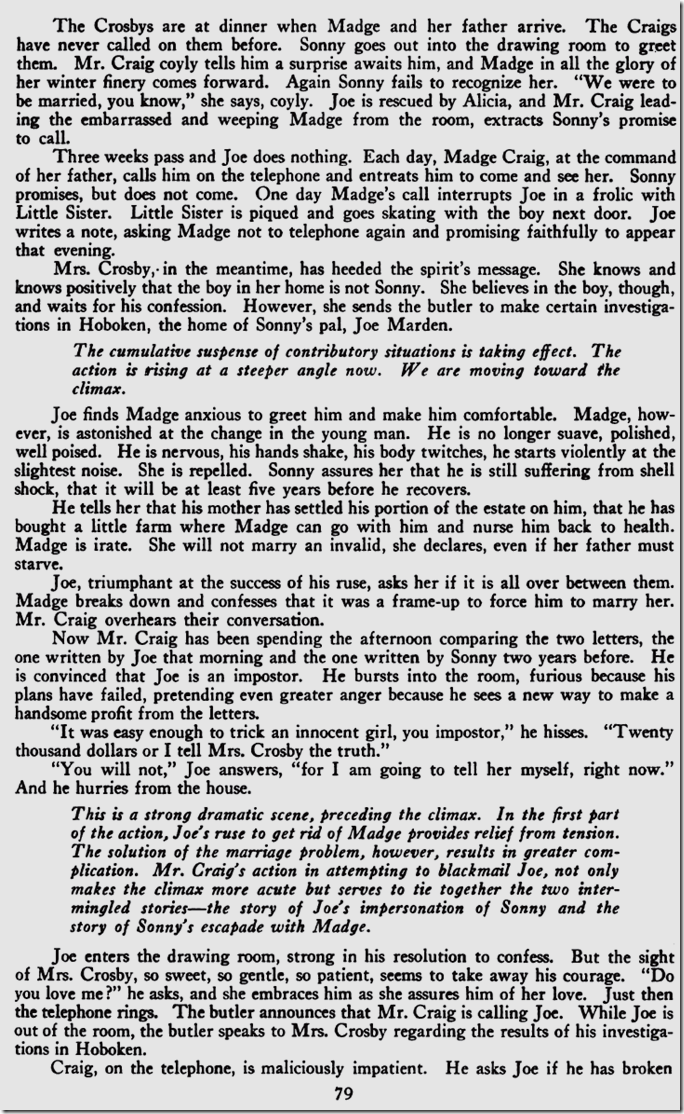 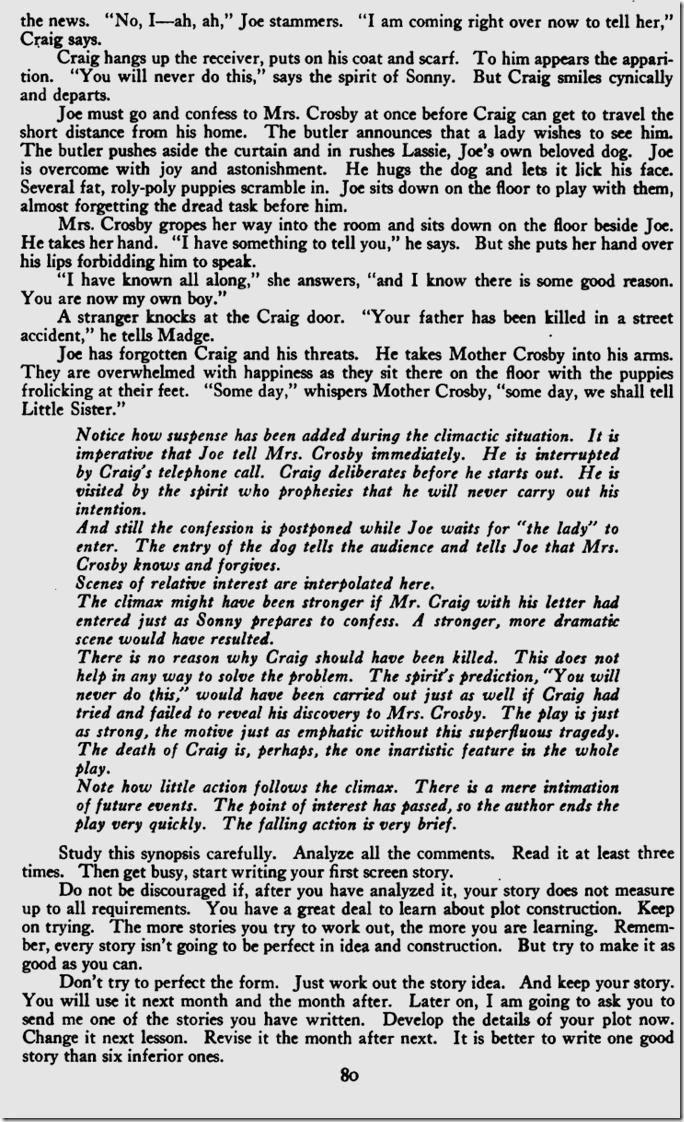