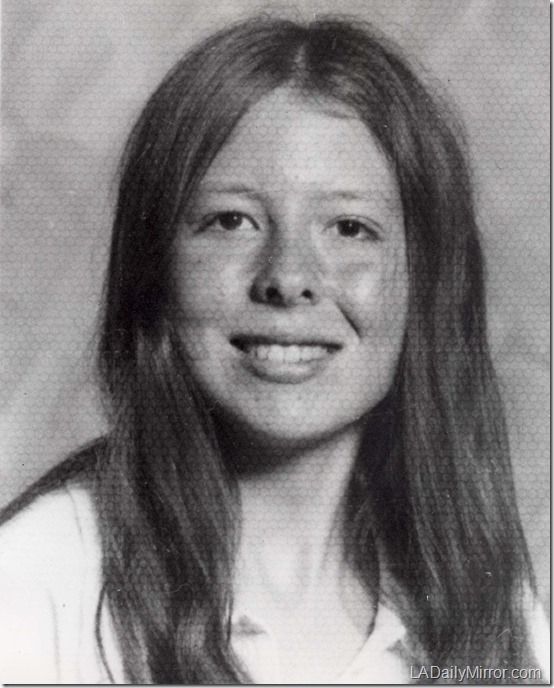 In case you just tuned in, I was given a box of material that was cleaned out of the old Cop Shop at the LAPD’s Parker Center and I’m slowly going through the files.

Our subject is Celina Renee Manning, who sometimes used the name Celina Renee Garcia, who was reported missing Jan. 15, 1974. 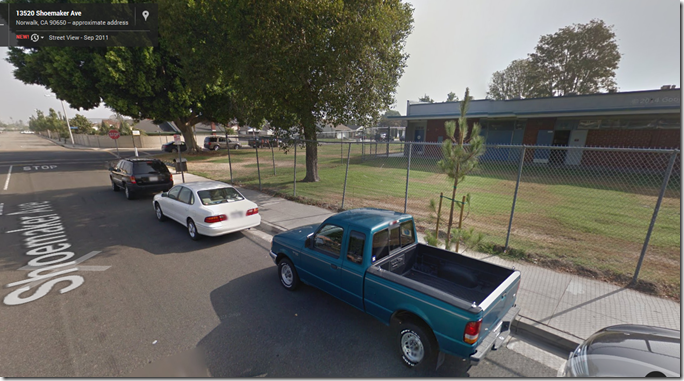 Shoemaker Avenue and Foster Road. Walking north on Shoemaker from Foster would actually take her away from the school rather than toward it.

She was described as white, 5 feet tall, 100 pounds, with brown hair and brown eyes. She was last seen heading to school (apparently John Glenn High School), walking north on Shoemaker Avenue from Foster Road  in the Norwalk area, according to a sheriff’s news release. Her mother said she was wearing green plaid pants, a blue blouse and green jacket. A Google search shows that she was born Dec. 23, 1958, in Galveston, Texas.

Celina’s case was never written up in The Times and I can find no further record of her.

Her mother said she was “having emotional problems and undergoing psychiatric counseling with a local agency.” Did she run away? Was she ever found? We don’t know.