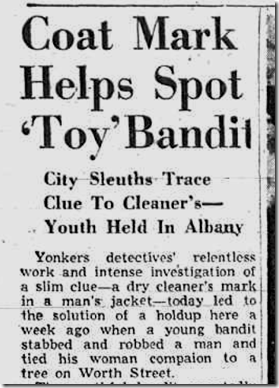 The story so far:

In the summer of 1946, Ophelia Glatman received permission from the Colorado courts to take her son, Harvey, to stay with relatives named Feldman in New York.

Harvey Glatman had been arrested in Colorado in 1945 on charges of attempted robbery and was suspected of “terrorizing girls on Capitol Hill in Denver” by accosting them, undressing them and tying them to trees. According to 1946 news accounts, the Feldmans lived at 1565 Townsend Ave. in the Bronx and operated a summer concession in Rockaway.

On the afternoon of Aug. 17, 1946, Glatman, 18, left  the Feldmans’ apartment, telling his mother he was going to see the Marx Bros. “A Night in Casablanca.” Before Glatman left, he took a length of clothesline and was carrying a knife.

After seeing “A Night in Casablanca” in Manhattan, Glatman bought a toy pistol for 35 cents and took the subway to Woodlawn. From there, he boarded a trolley and then another trolley to get to Saw Mill River Road in Yonkers, N.Y. 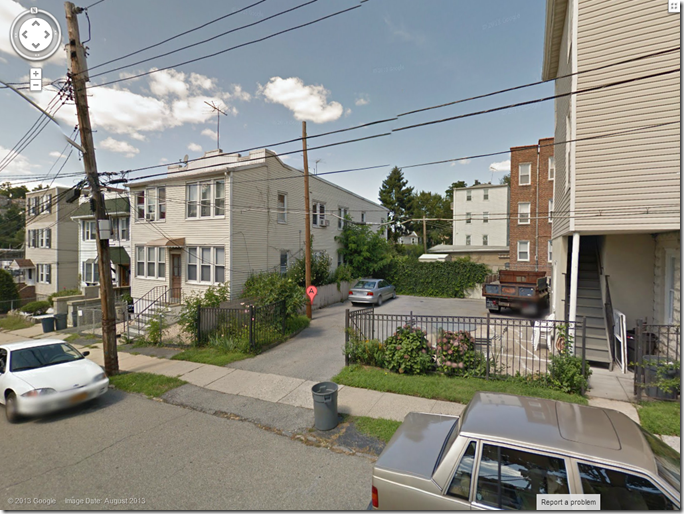 Glatman tried to rob the couple. First he tied Staro’s feet and hands, and gagged him with a handkerchief. As Glatman was tying Thorne to a tree and cutting the clothesline with a penknife, Staro got his hands free and attacked Glatman, who stabbed him with the knife.

Glatman ran away, leaving a sport coat. He later told police that he spent the night in the woods.

After visiting hundreds of dry cleaners, the detectives located a shop in Rockaway and learned Glatman’s identity.

Police sent out a nationwide alert and got a kickback from Denver police that included Glatman’s police record and a photo. The hunt began for Harvey M. Glatman.

Glatman woke up the next morning, Aug. 18, after spending the night in the woods. He told police he walked through the forest until he reached Tarrytown, N.Y., and took a train to Albany, N.Y.

I am retired from the Los Angeles Times
View all posts by lmharnisch →
This entry was posted in 1946, Crime and Courts, Homicide and tagged 1946, crime and courts, Harvey Glatman. Bookmark the permalink.