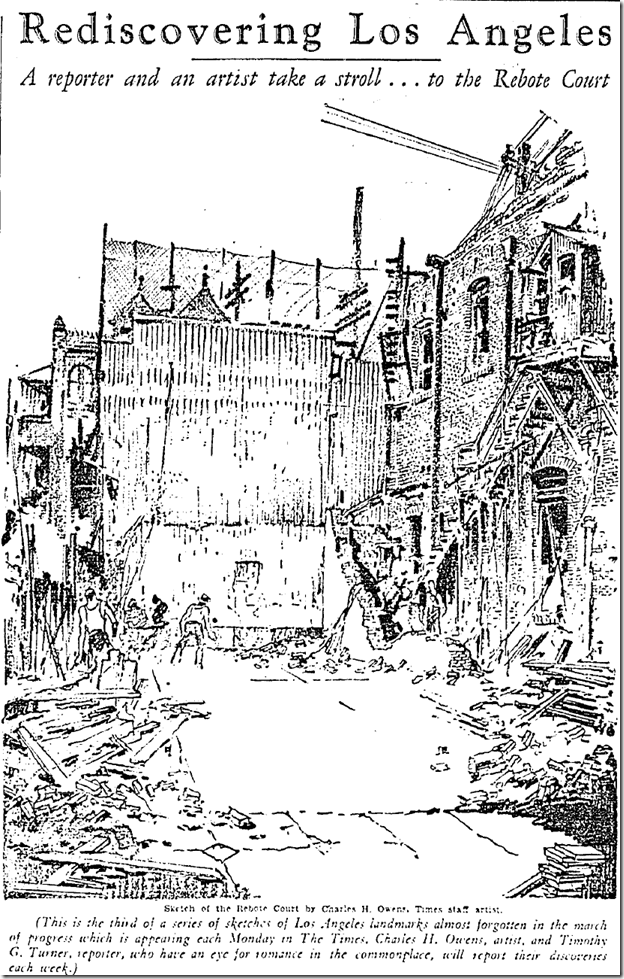 Nov. 18, 1935: This is the third installment in the Rediscovering Los Angeles series, featuring Charles Owens’ artwork and text by Times columnist Timothy Turner. Unlike the later Nuestro Pueblo series by Owens and Joe Seewerker, these entries were never published in book form. The Times encouraged readers to clip these columns and save them in a scrapbook.

This week, Turner and Owens visit the Pyrenees Hotel at Aliso and Alameda, built in 1874, which was being demolished to make way for Union Station. The side of the hotel was used as one side of a ball court or “rebote fronton,” Turner writes of the popular pastime of rebote.