Aug. 2, 1983: Terry Atkinson reviews the L.A. debut of the Eurythmics at the Palace, saying: “Move over, Chrissie Hynde and Martha Davis, and make room for Annie Lennox.”

Kevin Cooper is arraigned in an attack that killed four people and left an 8-year-old boy badly injured while he was a fugitive from the California Institution for Men in Chino.

Cooper was charged with killing F. Douglas and Peg Ryen, their daughter Jessica and a neighbor, Christopher Hughes. The Ryen’s 8-year-old son sustained a slashed throat, but survived, The Times said.

After killings, Cooper — calling himself Angel Jackson — encountered former Marine Owen Handy, his wife, Angelica, and daughter as they were repairing their 32-foot sailboat in a dry dock in Ensenada and volunteered to work for food and a berth on the ship.

The group sailed up the coast, but while the ship was anchored off Santa Cruz Island, Cooper was invited to a nearby ship for a fish fry and was arrested after raping a woman on the boat, The Times said.

Cooper was sentenced to death, but hours before his scheduled execution, he won a new hearing on claims of “evidence tampering and prosecutorial misconduct,” The Times said in 2009 in reporting that the U.S. Supreme Court refused to review his conviction.

Meanwhile Alan Dershowitz and David B. Rivkin Jr. say that Cooper “is no angel” but that the case was flawed.

Rams linebacker Mike Reilly gets permission from the Orange County probation department to travel for road games, but NFL Commissioner Pete Rozelle won’t let him play. Reilly was serving a year in a work-furlough program at the Theo Lacy minimum custody facility for vehicular manslaughter.

Rozelle said: “participation in NFL games while serving a jail sentence is, in my judgment, inconsistent with public confidence and respect for the game of professional football.”

Richard Hoffer of The Times did a follow-up story in 1988.

Warren Robert Bozzo is sentenced in San Diego County Superior Court to 44 years to life in prison for going to the Mira Mesa home of Mark Campanale to buy cocaine and killing Campanale, his mother, Delores, and a neighbor, Helen Parks, who was visiting at the time.

Judge Kenneth Johns says he received letters from Bozzo’s friends saying that his mind had been destroyed by drugs. “This drug is anything but a social drug,” Johns says. “It kills brain cells … like a bullet.”

In 2010, Bozzo was denied parole. His next parole hearing will be in 2025, the San Diego Union-Tribune said. 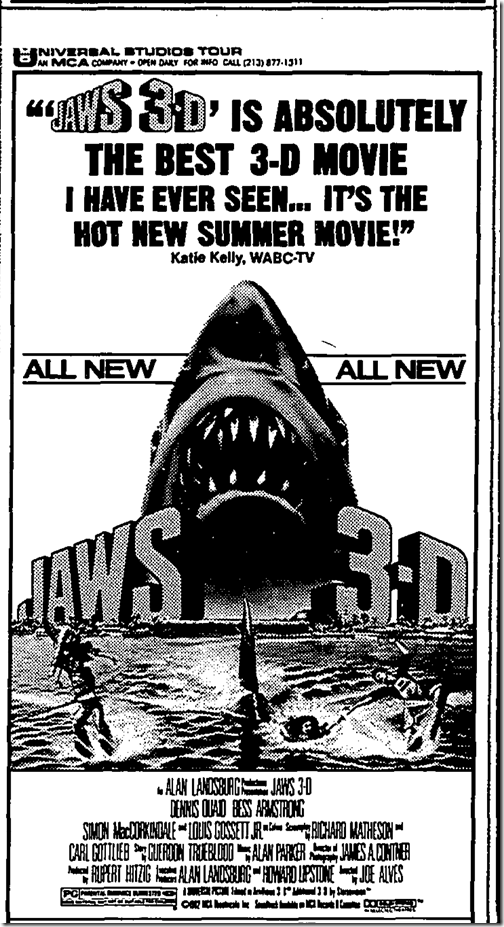 I am retired from the Los Angeles Times
View all posts by lmharnisch →
This entry was posted in 1983, Comics, Crime and Courts, Millennial Moments, Music, Sports. Bookmark the permalink.