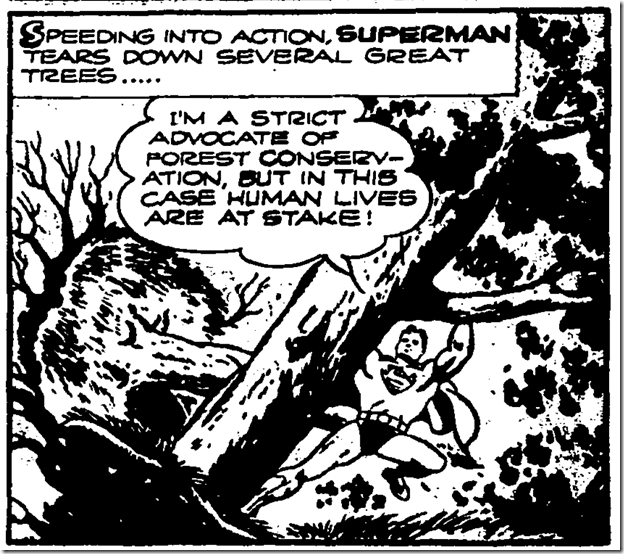 July 25, 1943: President Roosevelt intervenes in the planned Pacific Electric Railway strike, saying that he did not want to use Army trucks to transport war supplies.

The strike centered on a raise of 13 cents an hour, which has been approved by the company, but the government’s board to stabilize wages and prices had only permitted an increase of 3 cents an hour, The Times said.

Orson Welles and Joseph Cotton are presenting the Mercury Wonder Show, an evening of magic tricks, as a benefit for the  Assistance League.

Kyle Palmer, one of the main forces in the career of Richard Nixon, the columnist who agitated relentlessly for internment of the people of Japanese ancestry, writes a front-page piece criticizing what he calls delays in the U.S. war with Japan.

Inevitably, [Gen. Douglas] MacArthur is destined to occupy a place of controversy in history.

By some contemporaries, he is regarded as our greatest military mind; by others this estimate is ridiculed.

As to the latter attitude, there is a similarity of expression and singular unoriginality of view which might lend color to a suspicion that a deliberate effort is being made to belittle the general and his military worth.

Tom Treanor, who was killed covering the liberation of France, flies into Cairo:

Those passengers who succeeded in slipping into a light coma while they sat upright on their bucket seats are waking up now with an earache as the ship is sliding out of altitude fast. They suddenly snap to attention with a puzzled expression on their faces, reach for their ears, smile sheepishly and look out the window.

The five nurses, while everybody regards them fixedly to see if they are going to take out a cigarette which can be lighted by some gallant gentleman, are getting out their vanity cases and preparing to give themselves an early morning refresher course in cosmetics.

While they go through these motions, we look shyly out the windows where the genuine tourist pyramids are now sharp against the white-blue horizon and Cairo, big and sprawling, lies around the Nile.

Longtime columnist and reporter Timothy G. Turner writes an excellent profile of Los Angeles County Sheriff Eugene Biscailuz. Be sure to read it. 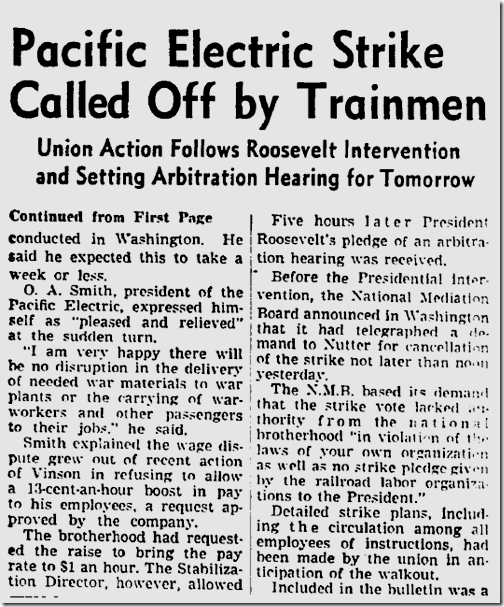 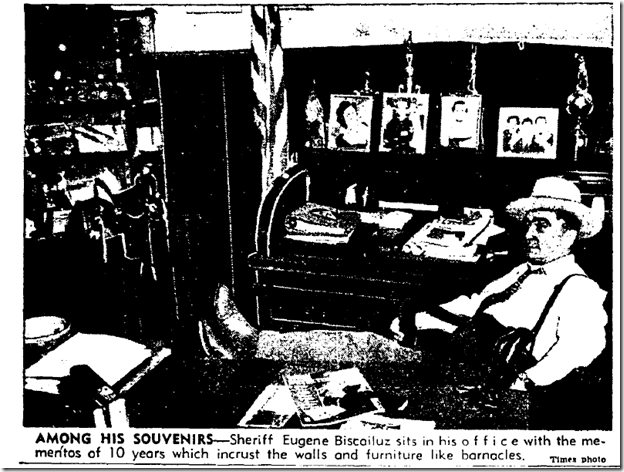 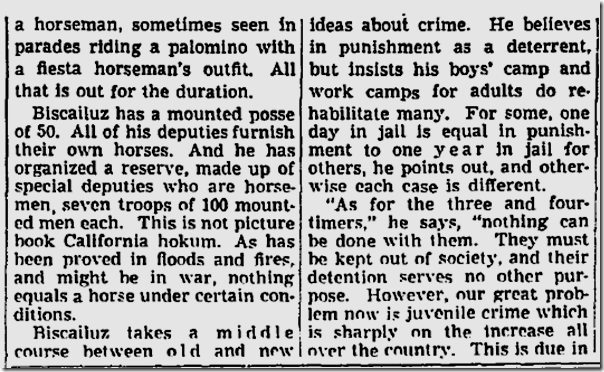 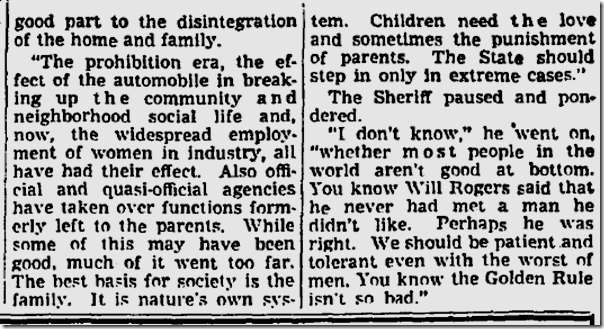