John Bengston emailed the other day to mention his research on Harold Lloyd’s filming locations in conjunction with the recent Lloyd festival on TCM. John pointed out that “Safety Last” and “Cops” used the same alley.

I DVR’d just about everything that aired and in going through “Now or Never” (1921), I noticed some shots of the old Santa Fe depot, with its distinctive roof (shown above in a postcard).

Here’s the arriving trains with the depot in the background.

And the boarding area.

Notice that Lloyd is wearing a glove on his right hand to conceal his injuries (he lost his right thumb and index finger when a “fake” bomb exploded while he was posing for a publicity photo in 1919). 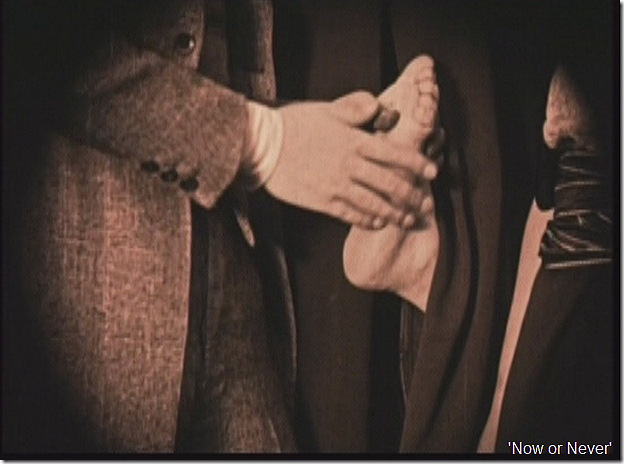 And here we have someone else in a close-up, standing in for Lloyd.

I am retired from the Los Angeles Times
View all posts by lmharnisch →
This entry was posted in 1921, Architecture, Location Sleuth, Transportation and tagged #filming locations, #Harold Lloyd, 1921, architecture, film, hollywood, movies, railroads. Bookmark the permalink.