Mary Mallory / Hollywood Heights: A 1940s Christmas Story in ‘Star in the Night’

An updated version of the Nativity in Warner Bros. Star in the Night.

Made as a twenty-minute film to complete a program slate for movie theaters, the 1945 Warner Bros. two-reel short Star in the Night provides an understated, moving example of an offbeat contemporary take on the traditional Christmas nativity story. Featuring a much larger budget and more experienced cast than normal for shorts, the powerful featurette proved popular with audiences making it a perennial hit.

While the norm at the dawn of cinema, one- and two-reel shorts came to be seen as just an entertaining morsel or appetizer for the more respected feature film by the 1920s. Providing a training ground for rising talent or work for fading stars, these short films covered the gamut – newsreels, documentaries, travelogues, musical numbers, slapstick comedy, and playlets – offered entertaining product at low prices for local theater owners.

In 1945, Star in the Night producer Gordon Hollingshead led Warner Bros. Shorts Department after moving up the ladder from cartoonist to stage and film actor to assistant director and unit manager on such films as Anthony Adverse and Captain Blood. The studio recognized his outstanding work in telling thoughtful stories on a low budget, especially with his focus on historic events and true life tales. The industry recognized Hollingshead’s talent as well, with the Academy of Motion Picture Arts and Sciences awarding him a certificate as Best Assistant Director in 1932/1933, along with his six Oscar wins and 22 nominations in the Short Subject/Documentary categories.

Scrappy young director Don Siegel was earning high praise at Warners as well. Born in Chicago in 1912, Siegel graduated from Jesus College at Cambridge where he acted in Gilbert and Sullivan and George Bernard Shaw productions at the Royal Academy of Dramatic Arts before joining Warner Bros. as an assistant film librarian in 1932. The ambitious filmmaker worked as an assistant in the insert department before moving up to organize the montage department and write and direct all montages while also handling second unit work.

After the featurette I Won’t Play adapted from a Saturday Evening Post tale telling the story of a Marine who wouldn’t play the piano for his buddies, gained high praise and box office receipts, studio production chief Jack Warner upgraded the cast and budget for two-reel dramas. These dramatic shorts would gain “feature-billing value” with “feature names in the casts,” per Box Office magazine, standing out from the pack with experienced actors giving heartfelt emotion to strong stories. The February 21 Showman’s Trade Review reported that Warner assigned such actors as J. Carrol Naish, Donald Woods, Dick Erdman, and Virginia Sale to Star in the Night, which had recently begun production.

The star at the service station and motor court where the story takes place.

Based on radio writer Robert Finch’s modern adaptation of the traditional Christmas story, Vitaphone short  No. 2102 featured a script by Finch and Saul Elkins with assistance from director Don Siegel, supposedly starting over directing short subjects after a feud with studio head Warner. Warners also established a budget of $250,000 for the featurette, the costliest for any of its short films at the time as reported by Motion Picture Herald in 1946.

Heartwarming and touching, the story begins with disillusioned roadside motor court proprietor Nick Catapoli installing an electric sign in the shape of a giant star to attract customers on Christmas Eve, while dealing with a variety of sometimes grateful, sometimes grumpy guests. A hitchhiker offers Nick a hearty Merry Christmas after admiring the sign, disparaged by the bitter business owner for the greed and hypocrisy the season breeds in people. Complaining guests harangue him but unexpected visitors bring a moving change to everyone, softening and brightening everyone’s mood. The hopeful ending is heart tugging and inspiring after four years of war and the struggle of the Great Depression, a nonparochial look at the traditional holiday story and the real meaning of Christmas.

Classic Hollywood character actor Naish’s soulful performance truly sells the unassuming story, emotionally powerful and sensitively wrought through his expressive eyes. Beginning as a Scrooge-like Bah Humbug character, his soulful and stirring conversion brings dramatic heft to the heartwarming tale, aided by the fine work of journeyman actor Donald Woods as a down on his luck everyman.

The trades gave it excellent reviews after it opened October 13, 1945, an odd release date for a Christmas film. Showman’s Trade Review called it “outstanding,” and urged exhibitors not to treat it as the typical run-of-the-mill filler but to give extra showmanship in promoting its special qualities. They called it “so well done from start to finish including production, direction and acting that it will rank high in the judging when Oscars are awarded by the Academy of Motion Picture Arts and Sciences.” In fact, they stated that it “is one of the best of this or any other season…it should be a Warner perennial and undoubtedly will be re-released each year as the Christmas season rolls around.” 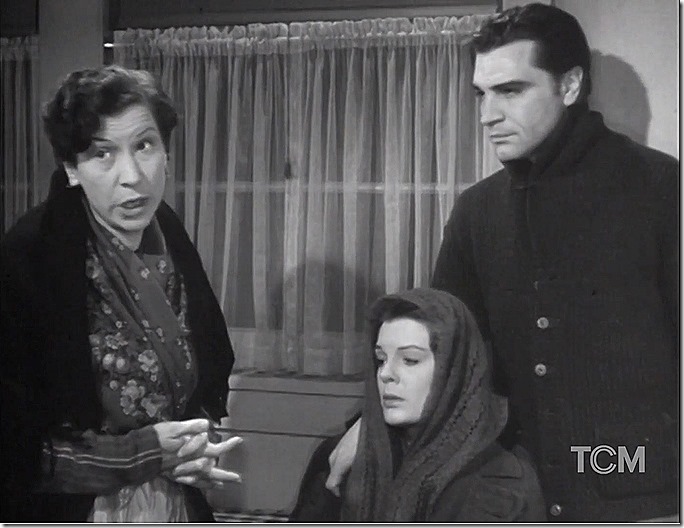 Exhibitors highly praised it as well. S.L. George of the Mountain Home Theatre in Mountain Home, Idaho, called it “a fine two-reel subject that would be perfect for Christmas. Very entertaining,” in Motion Picture Herald. Though featuring a talented cast and high budget, the special little film played with such movies as United Artists Guest Wife instead of major Warner releases. The studio did realize its special qualities however, announcing in early January 1946 that it “would be released annually as a holiday featurette.”

The Academy recognized its worth, awarding it the the Oscar for Best Short Subject, Two-Reel in 1946. At the same time, the Warners propaganda short HItler Lives won for Best Documentary, Short Subject, featuring the work of fellow Star crew members as Hollingshead, Siegel, and writer Elkins, a complete disparate pairing. The short’s success brought glory to its director as well, with Warners making Siegel a feature film director after the Oscar win.

The compelling Star in the Night did win perennial release, first in movie theaters by Warner Bros. and later on television in the mid-1950s, with Associated Artists Productions promoting it as a “year-after-year Christmas favorite.” Now Turner Classic Movies plays it during its Christmas movie showcase and throughout the year.

Offering hope during dark and dreary times, Star in the Night reveals how troubled souls can find peace and a change of heart through the glory of gentle wonders.