Posted on September 8, 2021 by lmharnisch

For the second year in a row, the Cinecon Classic Film Festival occurred virtually, bringing a respite from ongoing COVID struggles with entertaining and informative movies and television kinescopes. Overflowing with music, heart-tugging animals, and even issues society is wrestling with today, the festival offered a diverse and winning program for those missing their classic film fix, with strong documentaries stealing the show.

Friday kicked off with the slight 1927 “Dynamite Dan,” a so-so poverty row crime and boxing picture featuring Boris Karloff as a shady operator with the first screen appearance of young Mary Brian (thanks Mike Hawks!). The breezy musical short “Make Mine Monica” introduced 1949 audiences to aspiring singer/starlet Monica Lewis, cute as a button. Gossip columnist turned TV host Ed Sullivan appears as himself in this slight but sweet short. 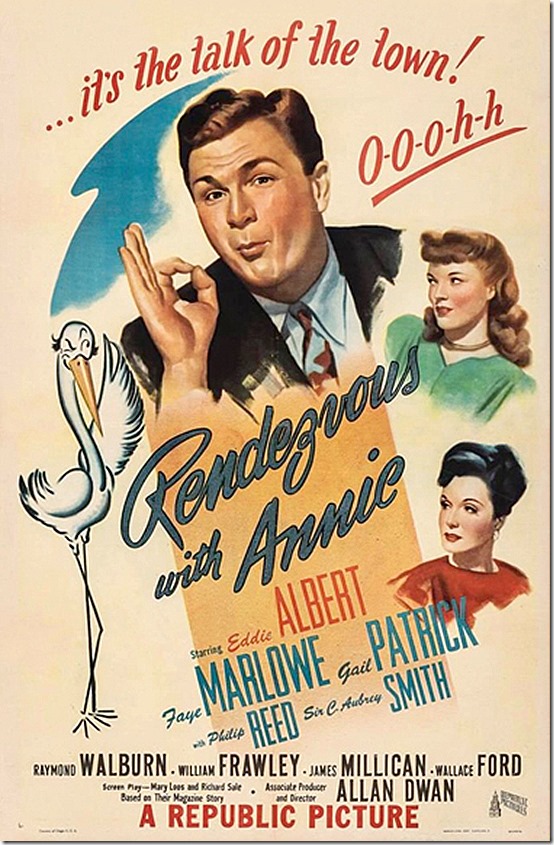 A 1938 “Screen Snapshots” produced by Harriet Parsons looked at Hollywood star’s children and brought a glimpse of the lovely but lost Carthay Circle Theatre at the premiere of “Alexander’s Ragtime Band,” with Fox stars Janet Gaynor, Ethel Merman, Alice Faye, Tyrone Power, Jack Haley, John Carradine, Don Ameche, executive Darryl F. Zanuck, and composer Irving Berlin. This segued into the silent 1923 Cinderella movie tale “Ella Cinders” starring perky Colleen Moore. Featuring an introduction by her niece, the film sees Moore win a fake movie contest and go to Hollywood, where she makes it into the movies by crashing into scenes with Harry Langdon on the United Studios lot. A fun little behind-the-scenes in Hollywood story, with a sweet score provided by Scott Lasky.

Saturday featured a wide diversity of product as well, kicking off with silent trailers before the 1926 Mack Sennett film “Ice Cold Cocos,” an OK comedy whose main selling point is its filming location, what is now known as the “Music Box Steps.” In a precursor to the Three Stooges, “An Ache in Every Stake,” Billy Bevan and Andy Clyde experience problems getting ice from their wagon to the top of the hill via flights of steps. Jon Mirsalis’ lively accompaniment accentuated the humor.

The Library of Congress’ restoration of the 1918 William S. Hart looked great, demonstrating the excellent camerawork of Joseph August. Beautifully composed, lit, and tinted, the power of the movie is in its photography and design, not its acting or story. Hart directed himself, usual slimeball Robert McKimson, and a young Jack Hoxie in a story of a rowdy lumberjack who learns the importance of family and home. It sadly features racial stereotypes of Native Americans and “man as despoiler,” destroying the regal forests. Frederick Hodges provided a thoughtful and moving score to the film. 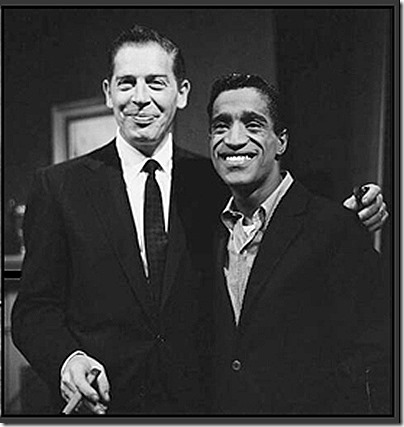 The day’s highlight was the segment titled “Kinecon at Cinecon,” featuring an array of rare television kinescopes. Leading off the clips were segments from the show introducing CBS Television City to the world, including shots of the William Pereira-designed studio, narrated and hosted by Edward R. Murrow and appearances by CBS stars Jack Benny, George Burns and Gracie Allen (with Governor Earl Warren).

Audiences were also treated to humorous scenes of stars performing live on camera, like Edward G. Robinson and Cesar Romero on “The Martha Raye Show,” Buster Keaton on his own local show, Franklin Pangborn in a scene on “The Alan Young Show,” and Mel Blanc with Jack Benny on the “Jack Benny Show.” Frank Sinatra, Bing Crosby, Dean Martin, and Mitzi Gaynor seemed to be having a ball on “The Frank Sinatra Timex Show,” while Ginger Rogers danced and sang her way through a number in her own self-named show. Milton Berle and Sammy Davis Jr. provided entertaining caricatures of Gallagher and Shean, Martin and Lewis, and Jimmy Durante and partner. The Ritz Brothers’ western parody number devolved into demeaning stereotypes as Harry Ritz impersonated a Chinese immigrant and Native American, speaking in pidgin English, before dressing in drag as a showgirl.

While the Bert Wheeler and Robert Woolsey reel “Signing ‘Em Up” made some good points about sacrificing for the good of the economy during the Depression by signing the National Recovery Act’s pledge, it concluded with a gag where the two ended up in blackface. The 1924 Clyde Cook short “The Misfit” filmed at Echo Park and perhaps off Yucca, while the 1926 “Buster’s Mix-up” featured an early appearance of Petey the dog from the Our Gang shorts.

Repatriated from Russia several years ago and with new titles, music, and some restoration by Frank Thompson, the 1921 Paramount film “The Conquest of Canaan” featured thoughtful work from stars Thomas Meighan and Doris Kenyon in a timeworn story, shot on location in Asheville, N.C. The film included some nice details like mutoscopes in a barroom, and a telling in-joke with the newspaper’s name “The Daily Tocsin,” and lovely composition and photography. Mirsalis’ score gave it depth and meaning.

Comedy kicked off Sunday’s screening, with the first Sennett sound film, the 1929 “A Close Shave,” in which everything that can go wrong does in a barbershop. It was nice to see Joseph Weber and Lew Fields perform their classic “Dutch” comedians in a 1915 slapstick short “The Delicatessen Shop,” where they physically destroy the shop before setting off to prevent their children from marrying. Lasky kept things moving along in the over-the-top short.

Mirsalis provided both the print and rousing score to the 1928 “Hoofbeats of Vengeance,” featuring Rex the Wonder Horse and other horses helping the Royal Canadian Mounted Police to “get their man.” The horses give the most energetic performances while the humans are a tad wooden. Carrying along on the theme, the 1950 Paramount short “Cowboy Crazy” reflected the exploding craze for westerns with images of kids in cowboy gear, popular western books and sheet music of the period (mostly Paramount of course), pulp western magazines, and even clips from Paramount westerns/TV shows, some showing a street scene at the Paramount Ranch. The uptempo, fun short added to the Saturday afternoon, movie matinee atmosphere.

The documentary “Max Steiner: Maestro of Movie Music” stole the day with its heartfelt and detailed story of Steiner’s evolution from upper middle class Viennese music student to the man who brought music to Hollywood films. While Steiner excelled at composing and helping others, his gambling and difficult family relationships brought upheaval and sadness. Moving as well as highly informative.

Monday’s closing program opened with a salute to recently deceased Jane Withers, human dynamo, with a showing of a “Hedda Hopper’s Hollywood” honoring Withers’ birthday with friends and family at a Palm Springs’ rodeo type program with appearances by Cora Sue Collins and Leo Carrillo. Bryan Cooper introduced the 1937 short “Swing Fever,” a toe-tapping look at how swing music and uptempo music can cure the darkest blues. Star Billy Gilbert and performers keep things rolling right along, with swing/gospel/barbershop numbers like “We Use No Pills to Kill Your Ills.”

The documentary “This Is Francis X. Bushman” highlighted the day, a fascinating with somewhat too hagiographical look at the larger-than-life, Power of Positive Thinking star. A rather too self-serving but intriguing oral history with Bushman helps narrate proceedings, while newly discovered clips help reveal his skills. Always remaking himself, Bushman evolved from the silent’s early matinee idol to stage star, radio announcer, and TV performer. Hodges’ period pieces and uptempo selections provided rollicking entertainment.

Steve Stanchfield’s “Thunderbean Animation Program” featured rare and little seen commercials and shorts featuring differing styles of animation. Commercials featuring animation by Theodore “Dr. Seuss” Geisel promoted Ford cars, while “Cubby Bear” slyly parodied “Robin Hood.” “Merry Mannequins” highlighted Art Deco Design with 1930s singing and dancing, particularly in “Getting Chummy With a Dummy Like You.” Flip the Frog in “Movieland” offered parodies of Laurel and Hardy and Chaplin while the Terry Toons’ 1960s short featured narration by Boris Karloff. Frank Tashlin directed the delightful “The Lady Said No,” with a Cantinflan-esque “Pepito” finding himself in all types of trouble with a woman who says no. The stop motion animation is highlighted by witty songs, colorful production design, and slight double entendres, sassy and sensual. A variety of Rainbow shorts stand out for their lovely Technicolor and striking design.

One episode of the 1929 first talkie serial, “King of the Kongo” featured Boris Karloff battling Jacqueline Logan and Walter Miller screened, with nice stock footage of Angkor Wat and pleasing restoration work. The Festival concluded with the 1923 film “Penrod and Sam,” which premiered at the 2020 Pordenone Silent Film Festival. A touching story of boys growing up in small town America, the film demonstrates the excellent directing of William Beaudine, lovely photography work, and excellent performances from all the children, especially African American performers Joe McCarthy and Eugene Jackson. Hodges’ rich, period score added immeasurably to the screening.

Thanks to the Committee for putting together such an entertaining and free weekend of fun, friends, and film. While it was great to see classic film material again, here’s to finally being able to reconnect with cherished companions and seeing movies on the big screen where they were meant to be seen, really coming alive with appreciative audiences.