‘Scandal: The Trial of Mary Astor’ Premieres on TCM 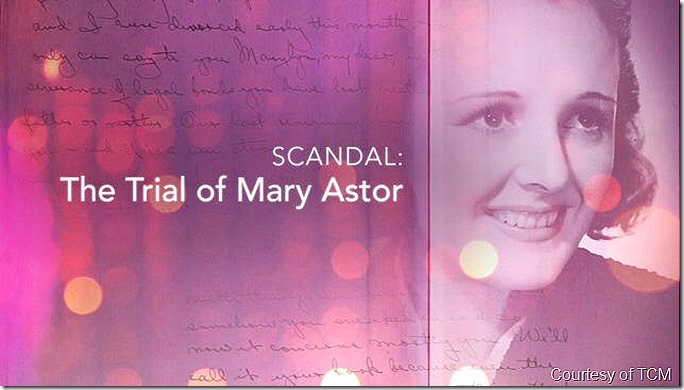 Alexa Foreman, who was TCM’s head researcher for many years, will be featured in a Q&A session on her new movie, “Scandal: The Trial of Mary Astor,” at Larry Edmunds Bookshop, 6644 Hollywood Blvd., on Wednesday at 11 a.m.

In 1952, the diary was burned page by page in a county-owned incinerator under the observation of Los Angeles County Superior Court Judge Stanley N. Barnes, who ordered its destruction. Astor later claimed that the diary was a forgery.

The film is narrated by Lee Grant. It features interviews with Astor’s daughter, Marilyn; David Wyler, son of William Wyler, who was directing the actress in “Dodsworth” at the time of the trial; former Los Angeles Times film critic Kevin Thomas; and film historians Molly Haskell and Leonard Maltin.

It will be premiered during the TCM Classic Film Festival at 8 p.m. Friday at Club TCM at the Hollywood Roosevelt.