Posted on November 5, 2018 by lmharnisch 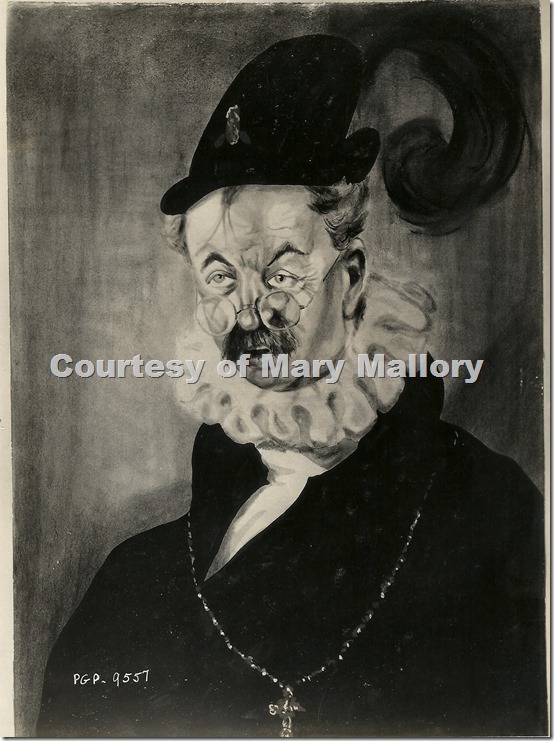 A recording of John Decker’s voice recited this phrase and the other words of Edmund Rostand’s “No Thank You” speech from “Cyrano de Bergerac” at his own Memorial Service on June 10, 1947. The phrase succinctly described how the 52-year-old Decker conducted his life, madly dining at the banquet of life like a male Auntie Mame. His wild life and exact talent as a caricaturist overshadowed his fine skill as an artist. 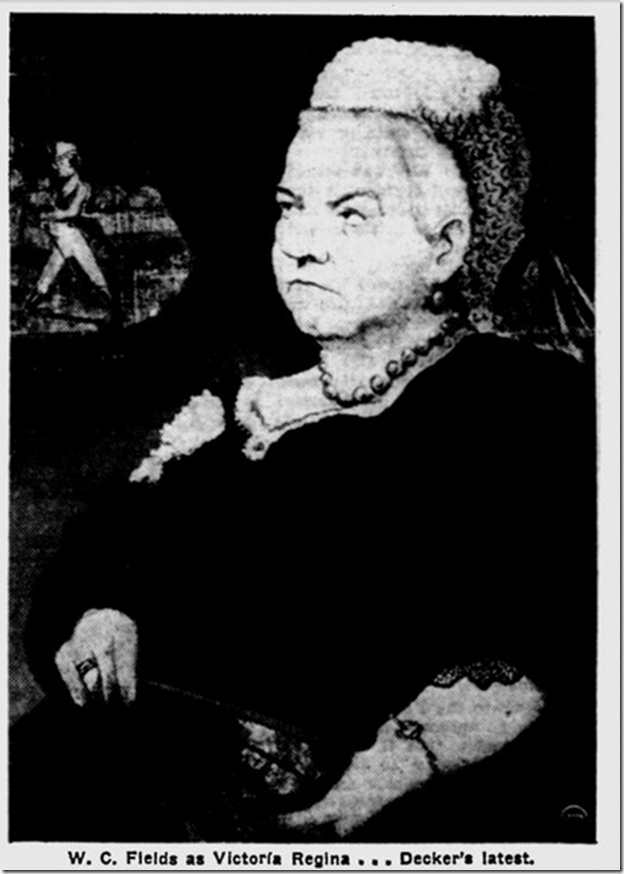 Born Leopold Wolfgang von der Decken in 1895 Berlin, the son of a Prussian count and British opera singer, Decker grew up in Brixton, England, after his parents fled censure of their scandalous relationship. His parents divorced and abandoned him as well as each other, leaving the artistic 13-year-old to fend for himself.

A 1923 article in Daily Variety noted that he studied acting for a short time, performing impersonations of author Charles Dickens in London, which earned poor response. Decker turned to scenery painting for theatrical productions while studying painting and also apprenticing with an art forger.

His shadowy work gained him more clients, including a foreigner who asked him to fabricate Old Master paintings. In 1916, the British War Ministry arrested him after tracing these works, which had been employed to smuggle war secrets out of the country. Tried and convicted as a spy, he served two years in a British prisoner of war camp on the Isle of Man. Here he witnessed brutal acts, death and deprivations, images that haunted him the rest of his days.

Upon release at war’s end, Decker hopscotched around Europe for a few years, even earning a one-man art show at the Bragaglia Galleries in Rome in 1920. The next year, he employed forged papers to immigrate to New York, taking the name John Decker and claiming birth in San Francisco. For the rest of his days, he buried his former name and life.

Decker subsisted on scenery painting while trying to enter the acting field. He debuted as an actor in the title role of Maxwell Bodenheim’s play “The Master Poisoner” before quickly destroying his career. Accompanying a friend to a speakeasy, Decker drank so much bootleg liquor that he collapsed on stage when attempting to perform opposite Jeannette MacDonald in the musical “The Fantastic Fricassee.” Life soon became one big party with a growing alcohol addiction.

Alcohol forged his connection to the great actor John Barrymore in 1922, when they met at a party and discovered a shared love for one brand of beer. Decker’s freewheeling life of carousing kept him constantly in debt and looking for work, be it in designing and painting sets for the Greenwich Village Follies, or designs for graphic companies.

Tiring of New York, Decker escaped to the expanding West Coast film industry in 1928. Decker drew pen and ink costume sketches for theatrical productions and such films as Gloria Swanson’s “What a Widow,” and penned caricatures for such studios as Universal and United Artists to employ as advertising or publicity portraits.

Newsreels from Fox and Universal captured him painting a mural of Pom-Pom nightclub showgirls posing with a lion at Gay’s Lion Farm in 1929, gaining him notoriety.

Other satiric portraits later included Harpo Marx as “Blue Boy,” Fanny Brice as “Pinkie,” Garbo as “Mona Lisa,” the Marx Bros. as Rembrandt’s Burgomeisters, and his most famous work, comedian W.C. Fields as Victoria Regina. Fields is supposed to have replied when spotting the work, “Sabotage! Decker has kicked history in the groin!”

The Fields portrait was so popular that Decker would go on to duplicate it in various sizes and formats for $50 each, with Dave Chasen hanging his on the wall of his restaurant until its closure. 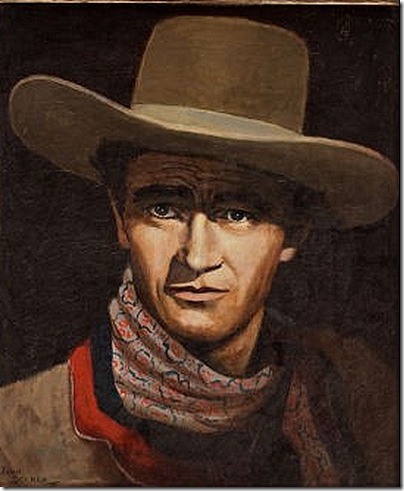 A few artists sued him for their portrayals, with some calling him the “Poison Pen caricaturist of Hollywood” for his work, but Decker stated, “The artist’s task is to put the person’s character on his face.” Decker also lost a few court cases to people such as Barbara Stanwyck, who stated that they had not commissioned works by him.

While he also founded a replica of Tony Pastor’s theatre in Hollywood, designed murals and paintings for nightclubs, illustrated a book called “The Heels of Hollywood,” wrote a play called “…And They Hang Pictures,” and illustrated a cartoon short series called “Scoop Scandals,” Decker became more renowned for his partying lifestyle with his famous friends Errol Flynn, Barrymore, Fields, Fowler, Thomas Mitchell, Alan Mowbray, Vincent Price, Anthony Quinn, and others.
Their wild parties drinking and reciting verse at Decker’s residence led to their nickname of the “Bundy Drive Boys,” Hollywood’s original version of the Rat Pack.

By the late 1930s, Decker began attempting to seriously focus on his art, moving more into still lifes and exhibiting at fine galleries like Stanley Rose and Stendahl’s. The artist and Flynn even established their own gallery at 1215 Alta Loma Drive in West Hollywood in 1944 to exhibit Decker’s work. The artist even stood in for Edward G. Robinson’s character in the film “Scarlet Street,” painting at least 12 works for the film.

Unfortunately, he never completely escaped his wild child reputation, and even hinted to friends that he designed art forgeries on the side. Decker assisted friends with finding and acquiring bargain basement priced Old Master paintings, perhaps ones he had surreptitiously created.

By the 1940s, the carousing life began decimating the “Bundy Drive Boys” one by one. Decker began suffering the ill effects of heavy drinking. He entered the hospital in May 1947 for severe stomach ulcers, undergoing several transfusions, before passing away June 8.

Decker designed his own fun-loving memorial service, with an open bar in the den during the service. A recording of him reciting verse filled the hall, as did some of his works. Later, his friends organized an exhibit of their classic paintings at the Alta Loma Gallery, with many wondering years later how authentic these works actually were.

In October 2011, a Decker portrait of John Wayne sold at auction for over $71,000. The Fields’ Victoria Regina portrait is still renowned. The rest of his work, however, remains mostly forgotten.