Suzette Johnson appears in “The Foxes of Harrow.”

July 17, 1947: The Los Angeles Sentinel has a news story on the death of bandleader Jimmie Lunceford, who collapsed in a record store in Seaside, Ore., and a mention in Earl Griffin’s Hollywood Spotlight column. (The Los Angeles Times had nothing). The New York Times published a news story from United Press and reported on the funeral, saying that 200 attended the private service in New York while 100 more stood outside in the rain.

Acting parts in which you don’t have to “Tom” are few in the movies so Suzette did other things. She modeled, she did intepretive dancing, and actually got by as a chorine, although any of the better hoofers would tell you that when she tapped “nothing was happening.” But Suzette made up her mind to act and the best way to have lost her friendship would have been to tell her she would never make the grade as a thespian. 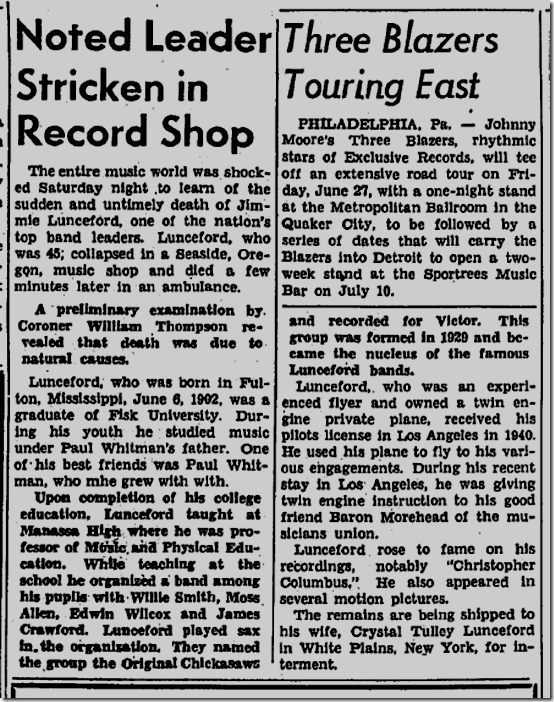