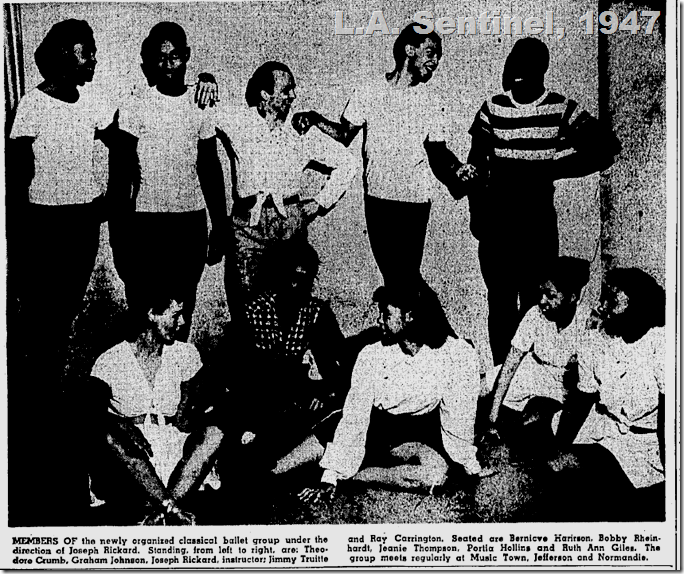 May 22, 1947: I cannot do justice to Joseph Rickard in a brief blog post. It’s enough to say that he was a visionary who began what is probably America’s first black ballet troupe, predating the Dance Theatre of Harlem by 22 years.

According to his 1994 obituary in the Los Angeles Times, Rickard, who was white, got the idea of founding the company when he saw a receptionist turn away a little black girl who wanted ballet lessons.  He signed up the girl and her mother for lessons, The Times said.

The Sentinel sponsored the dance group, which was first known as the First Negro Classic Ballet and then the Hollywood Negro Ballet.

The company disbanded in 1959. Rickard’s papers were acquired by the Huntington Library, Art Collection and Botanical Gardens  shortly before his death. 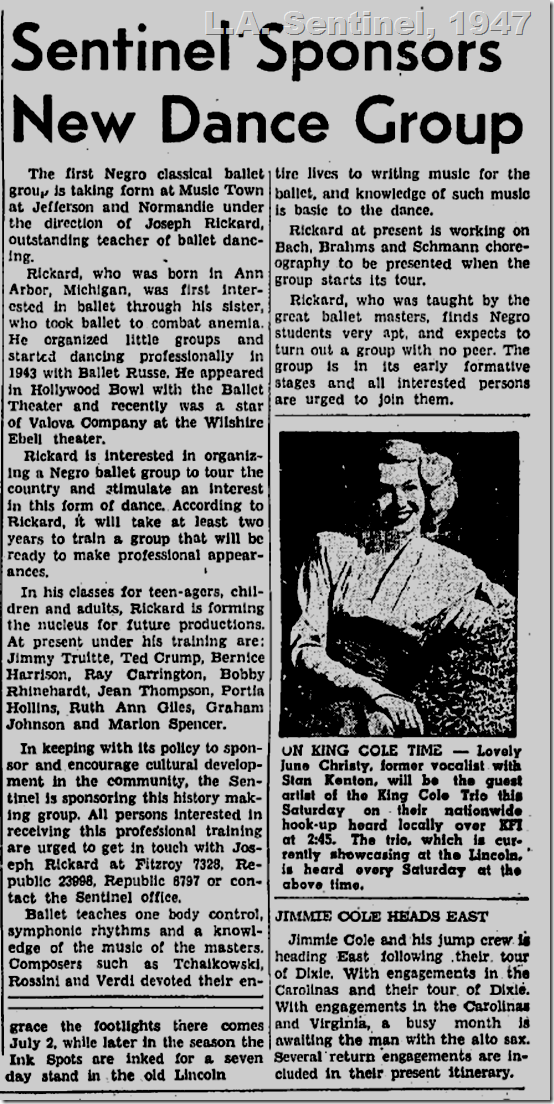