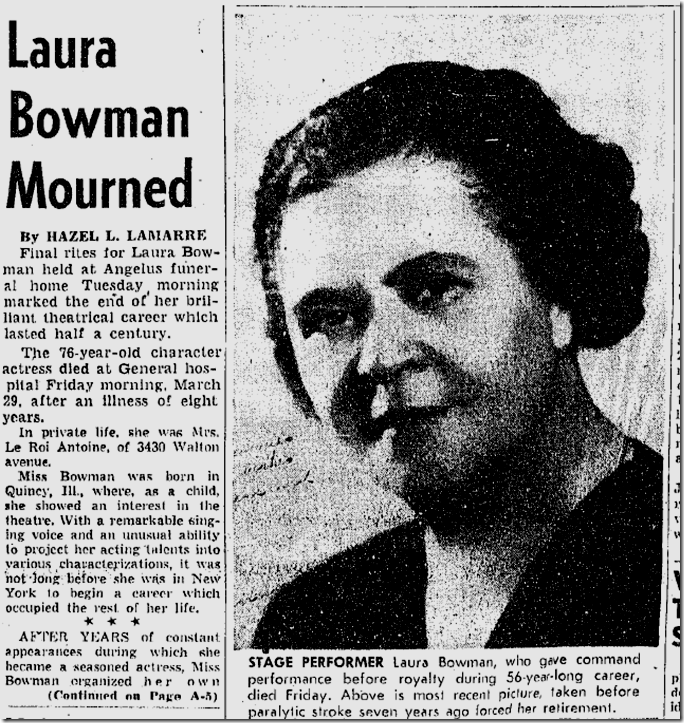 Anna Lucasta,” written by Philip Yordan, was originally produced by the American Negro Theatre and ran for 957 performances on Broadway from August 1944 to November 1946, with Georgia Burke, Alice Childress, Alvin Childress and Hubert Henry. It was revived in September 1947 for 32 performances with Bowman, and Sidney Poitier in his second Broadway role.

Bowman was born in Quincy, Ill, in 1881 and according to her Associated Press obituary, she began in show business at the age of 16 in the Bert Williams-George Walker musical “In Dahomey,” in which she toured extensively. 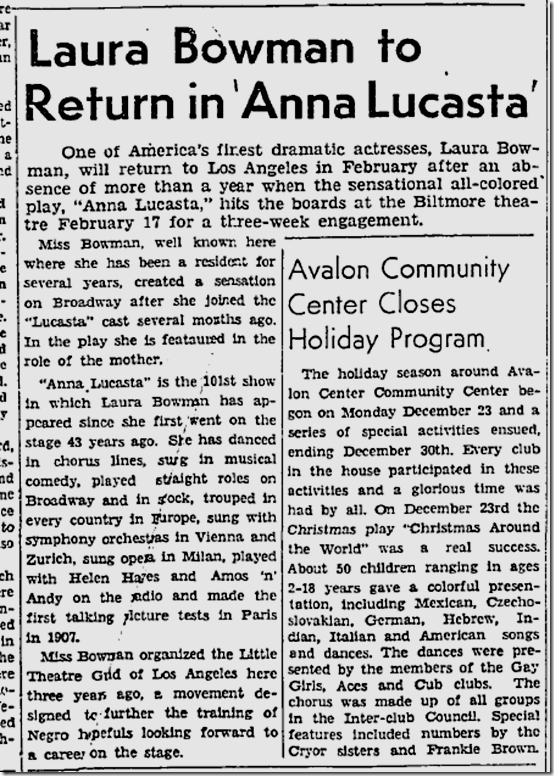 Bowman also had small roles in nearly a dozen movies, such as “Son of Ingagi” and “The Notorious Elinor Lee”

Bowman was survived by her fourth husband, Le Roi Antoine and accompanied him on a trip to Haiti to gather material for a book of folk songs.