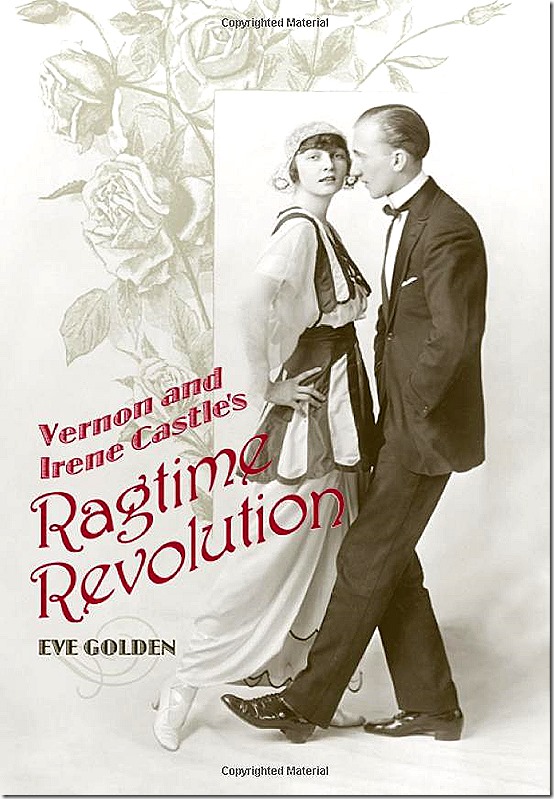 I am operating on the assumption that none of you have read my 2007 biography of Vernon and Irene Castle—that book laid an ostrich-sized egg. Three dogs and a cat bought it, and I think the cat returned it.

Anyway, while I was in Ithaca, I was lucky enough to see a complete copy of the Castles’ 1914 film The Whirl of Life. It was a delightful silent musical—several dance numbers were included in the film, which was a lighthearted parody of the adventure serials so popular at the time. Irene was a lovely and competent little actress, and Vernon showed why he’d been a successful Broadway comic before he’d ever met his future wife. I tried to convince several companies to restore and score the film and put it out on DVD—“HA-hahahahaha,” they all said. “Pull the other one, it’s got bells on it.”

So all we have left is a very poor-quality, deteriorated version. This number was filmed at Castles by the Sea, their Long Beach club (they also had dancing schools and halls throughout the New York area—indeed, Vernon and Irene Castle basically invented the concept of “nice young people” going out dancing).

I must praise Sonny Watson, who posted this video, for backing it with the music that Vernon and Irene actually danced to: that’s James Reese Europe’s Society Orchestra on the soundtrack (and at the far right of the screen). For me it’s a thrill seeing Vernon and Irene actually breezing around the dance floor more than 100 years ago—you can really see why everyone wanted to leap right up and join them.

I am retired from the Los Angeles Times
View all posts by lmharnisch →
This entry was posted in 1915, Books and Authors, Dance, Eve Golden, Film, Hollywood and tagged 1915, dance, Eve Golden, film, hollywood, YouTube Theater. Bookmark the permalink.

6 Responses to Eve Golden’s YouTube Theater: Castles on the Air