American culture has seen each decade popularize certain fashion styles and body types, some of which fade quickly into history and others which remain embedded in the zeitgeist. Much of these ideas and attitudes spring from the historical and social attitudes and events prevalent at the time.

The 1920s saw a drastic shift in consciousness following the upheaval of World War I. More women worked during the war while men where away at the front, learning they liked it. Females finally gained the right to vote in the United States in 1920. Many felt liberated to break from convention and try new things. 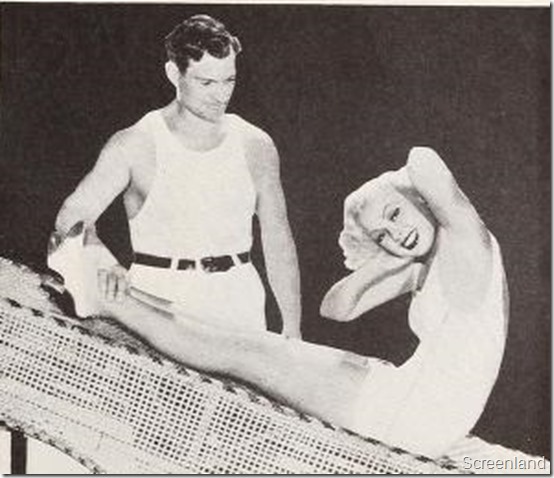 Popular culture in particular saw many revolutions. Hem lines drastically rose, fashions became more body fitting without layers of undergarments, and slender body shapes became the vogue. The body was more on display than ever. At the same time, physical fitness was taking off due to such paragons of health as film star and exercise maven Douglas Fairbanks. Outdoor sports took off, and more people walked to and from the subway or streetcar.

Motion picture studios followed the craze, hiring young, slender, attractive women as their new stars and promoting them as paragons of virtue through photographs and stories in magazines and newspapers. American women aspired to look like their favorite stars. Physical exercise became a necessity in order to maintain slim, trim figures.

Paramount Studios was one of the first to recognize the importance of health and exercise to its stars. When it took over the old United Studios and moved to Marathon Street in 1926, it took the original studio building, a barn, with it, moving it by horse drawn truck on rollers to the new studio, per the November 1936 Paramount Parade. 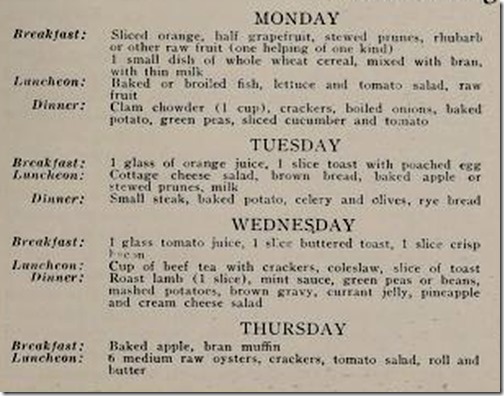 Once ensconced on the Paramount lot, the small building served as the studio gymnasium. The March 24, 1928 Paramount Studio News reported that the Studio Club purchased punching bags and gloves for it, and the studio outfitted it with rowing machine, stationery bicycles, weights, barbells, medicine balls, treadmill, ping pong table, and a piano for rhythm exercise, per the November 6, 1927 Los Angeles Times. Richard Kline served as first gym manager, perhaps the first trainer to the stars. The former barn, now the studio gym, would find itself prominently featured in press releases and photographs thanks to its hallowed history. Kline worked to “streamline the stars,” keeping them slim and trim for the cameras as beautiful specimens for the world to look up to.

On December 17, 1930, Paramount hired James Davies, whom the May 1939 Paramount Parade called former boxing welterweight champion of Canada to keep stars stress free and healthy as masseur and dietician. Star George Bancroft recommended him after enjoying his services. 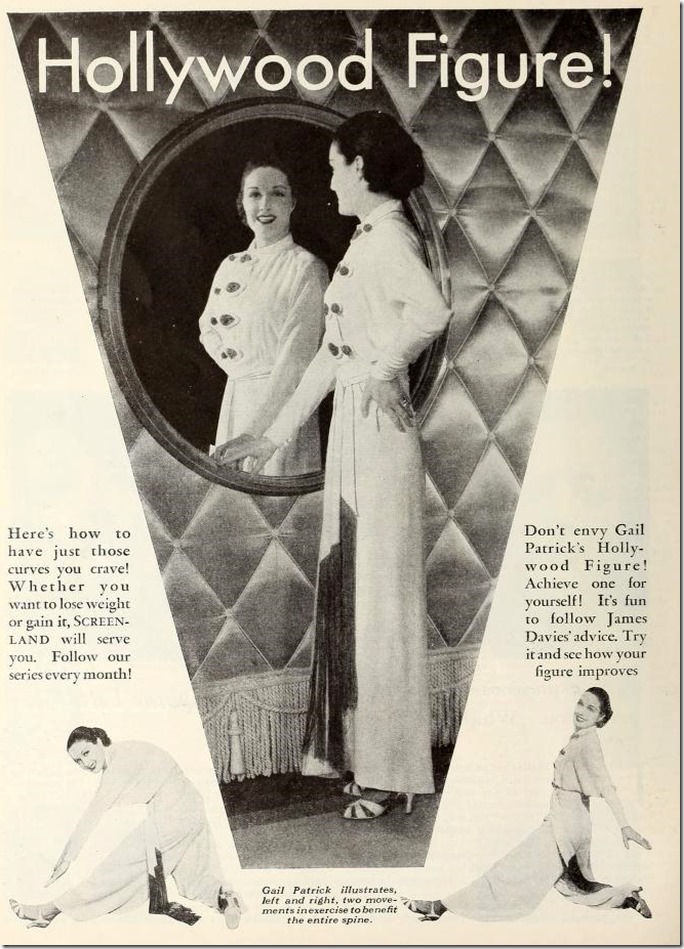 Davies had been born March 18, 1897 in Kerney, North Wales and immigrated to Canada in June 1920. Paramount newsletters would claim that he helped condition British troops during World War I. He worked at a variety of jobs before becoming a boxer. On August 31, 1929, Davies entered the United States at Blaine, Washington. The records also state that he possessed a cross tattoo “In loving memory of my brother” and a rose tattoo on his right arm.

He rented rooms at 722 N. Sweetzer later that year before finding his position at Paramount. Davies’ talented hands kept stars, directors, and executives relaxed, while his healthy eating habits from his days at a boxer enabled them to lower and then maintain weight with the December 1932 Modern Screen calling him “physical culturist to the stars.” In the series of articles for Screenland magazine through 1934 and 1935, he extolled various exercises to stretch and relax the body, to trim excess poundage, and provided lifestyle and dietary habits to help ensure good health.

James Davies and Gertrude Michael demonstrate some of his exercises, Screenland, November, 1934.

Health man Davies promoted movement of some sort to keep active, be it walking, dancing, or stretching, along with daily exercise and good diet. Most of his exercise moves were simple enough to perform at home with towels or similar equipment. Some issues included menus that, while sparse, show the same focus on good eating habits as today: little meat and desserts but focus on fruit and vegetables. Many of these articles featured cheesecake images of young Paramount starlets exhibiting the exercise moves, some showing Davies aiding them in the correct technique.

Other trade journals and newspapers featured exercise tidbits or stories from Davies, with the January 2, 1938 Los Angeles Times printing one describing the worldwide questionnaire he sent out regarding “anatomical geography,” reporting which female populations of which nations possessed the best ankles, smallest wrists, weight, etc. He also occasionally turned up in radio shows promoting physical health and exercise.

Thanks to both their on-lot duties and extracurricular activities, Kline and Davies hated each other. Jimmie Fidler writing in a November 5, 1938 syndicated column reported that the two men displayed the “most vicious professional jealousy” and hadn’t spoken in years though they worked in adjoining offices. When Kline moved on to his own syndicated radio show in the 1940s, Davies took over as gym director.

Davies also appeared in Paramount’s first experiments in television for a weekly variety show, staging and refereeing boxing and wrestling matches as well as interviewing boxers for the show broadcast in the local Los Angeles area from 1944 through the late 1940s, per Billboard magazine.

The November 9, 1955 Variety claimed that Davies was writing a book called “The House That Fanny Built,” but nothing can be located regarding it.

James Davies passed away January 27, 1957 and was buried at Forest Lawn Hollywood. Orlando Perry replaced him as studio gym instructor, serving until the old barn/gymnasium was shuttered in 1979. While Davies remains forgotten today, his ideas of health and diet remain a popular focus for most of today’s film and television stars, who work out, and watch their diets in order to remain healthy, strong, and physically attractive.