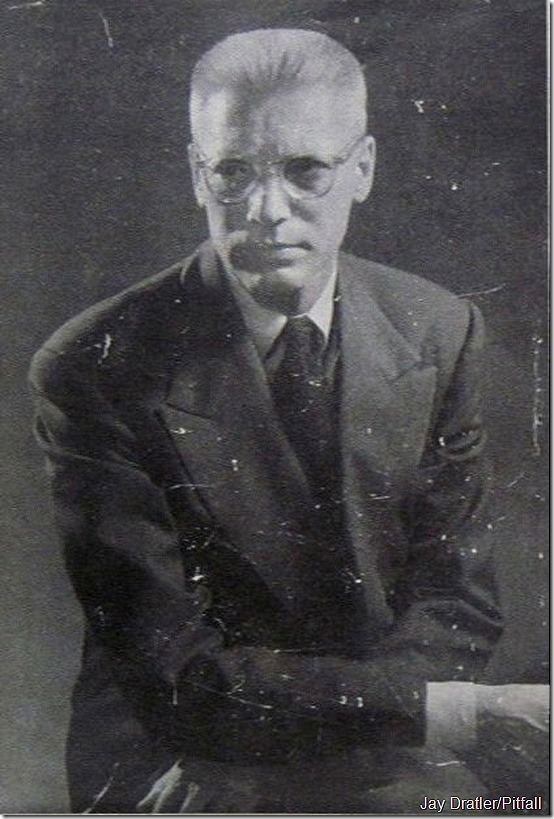 Joseph “Jay” Dratler, who received the first screenwriting credit on “Laura,” is a somewhat obscure figure today — even finding a photo of him is difficult — so it’s worth exploring his life, at least briefly.

In addition to “Laura,” he is known for the Twentieth Century-Fox picture “Call Northside 777” (also with “Laura” screenwriter Jerome “Jerry” Cady).

His novels included “The Pitfall,” “The Judas Kiss” and “Dr. Paradise,” and he wrote scripts for popular TV shows such as “Perry Mason,” “Naked City,” “Burke’s Law” and “The Addams Family.” In his final years, he wrote the play “The Golden Warriors” about the Trojan War, which was presented at the American Academy of Dramatic Arts in New York shortly after his death.

Dratler was born Sept. 14, 1910, and died of a heart attack Sept. 25, 1968, at the British-American Hospital in Mexico City, according to his Los Angeles Times obituary. He had moved from Los Angeles to Puebla, Mexico, three weeks before his death,  according to the New York Times.

He was a prolific writer of stories, screenplays, novels and occasional stage works (sometimes using the pen name George Comora) who attended the University of North Carolina (Class of 1932) from 1928 to 1931. His obituaries in the Los Angeles Times and New York Times say that he attended the University of Vienna and the Sorbonne, but this cannot be independently confirmed.

Dratler’s family and his early life are a puzzle for the conscientious researcher. We first find him in December 1929, at the age of 19, returning from college to visit his parents at 68-07 Amstel Boulevard in Arverne, N.Y. A 1927 issue of the Rockaway Beach Wave lists P. Dratler at 68-07 Amstel Blvd., and presumably this is his sister, Pauline.

Passenger records confirm that Dratler returned to the U.S. from Cherbourg, France, on Oct. 29, 1931, on the Europa, listing his address as 6807 Amstel Blvd., Arverne. He apparently made a second trip to Europe, arriving with his wife, Berenice, in New York from Antwerp, Belgium, on June 3, 1935, and listing his address as an apartment house at 14 Washington Place, N.Y.

The 1940 census lists him as living with his wife, Berenice, in Los Angeles. 14071 Roblar Road, Sherman Oaks.

After returning from his second trip to Europe, Dratler was employed by Knight Publications, working with several others to translate Manfred Schneider’s German novel “Goya” (1936) a fictionalized biography of the artist; and by Longmans, Green and Co. on “Zeppelin” (1937) by Capt. Ernst A. Lehmann — who died in the Hindenburg disaster —  “adequately translated from the German,” according to the New York Times.

A first edition of “Manhattan Side Street” listed at $150 by L.W. Currey Inc.

Dratler’s only pre-Hollywood novel, “Manhattan Side Street”  (1936), also published by Longmans, received a tepid review in the New York Times: “This is a first novel and, while gentle and sincere, of no particular meaning. Mr. Dratler writes with his thumbs and labors along in a most correct but quite clumsy compositional style.”

The July 1936 American Mercury review was more charitable, saying: “Mr. Dratler has written a careful and illuminating study of the people who inhabit America’s side streets.”