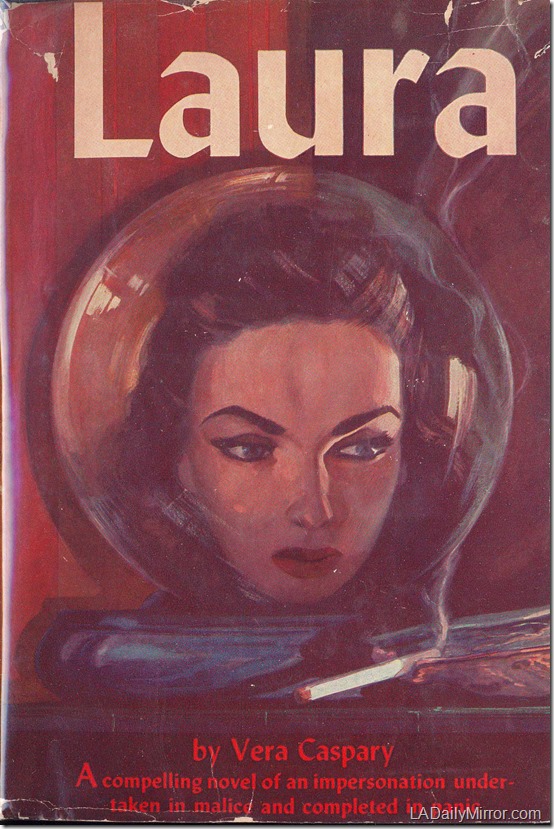 Let’s begin this series of posts on the making of “Laura” with the sale of the screen rights to Twentieth Century-Fox in June 1943 and check in with all our major figures.

Otto Preminger, the producer-director, was already at Fox when studio executive Darryl F. Zanuck returned from the Army. Because of a falling out over the movie “Kidnapped,”  Zanuck told Preminger that he might produce “Laura” and what became “In the Meantime, Darling” but that he would never direct.

Rouben Mamoulian, the original director of “Laura,” was about to return to Hollywood after directing the Broadway sensation “Oklahoma!”

Jennifer Jones, originally cast in the title role as Laura Hunt, was filming “The Song of Bernadette,” for which she would win an Academy Award.  The “Bernadette” cast also included Vincent Price, who was ultimately cast as Shelby Carpenter, Laura’s oily fiance.

Laird Cregar, originally cast as Shelby Carpenter, was to play Hermann Goering in “Through Embassy Eyes,” which was apparently never made.

George Sanders, originally cast as Detective Mark McPherson (eventually played by Dana Andrews), was receiving an Army deferment so that he could complete filming on “The Night Is Ending,” released as “Paris After Dark.”

Judith Anderson, who played Laura’s aunt, Anne Treadwell, had completed a Broadway run of “Three Sisters” with Ruth Gordon and was about to appear in a touring production of “Macbeth” for U.S. troops.

Gene Tierney was on hiatus from filming because she was pregnant with her daughter, Antoinette Daria Cassini, born Oct. 15, 1943.

Dana Andrews was featured in “The Ox-Bow Incident” which opened June 24, 1943, in Los Angeles, and would be filming “The North Star” in July.

I am retired from the Los Angeles Times
View all posts by lmharnisch →
This entry was posted in 1944, Film, Hollywood and tagged 1944, film, hollywood, Laura. Bookmark the permalink.