Septerhed on Display at Starbucks

Since I encountered them more than a year ago, I have been a fan of Septerhed’s drawings, a recurring feature at the Starbucks at Spring and 6th streets in downtown Los Angeles.  All Starbucks stores have blackboards, usually with some sort of artwork, but nothing like this. These are ephemeral works, drawn on a blackboard, so a photo is the only way to preserve them. 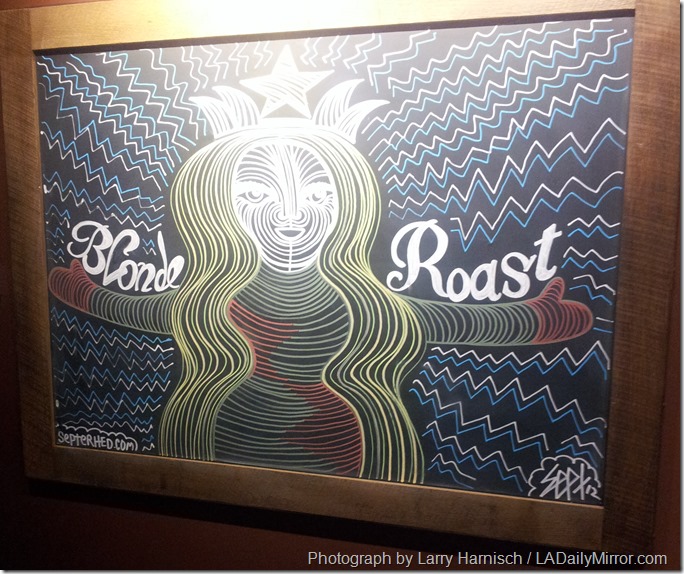 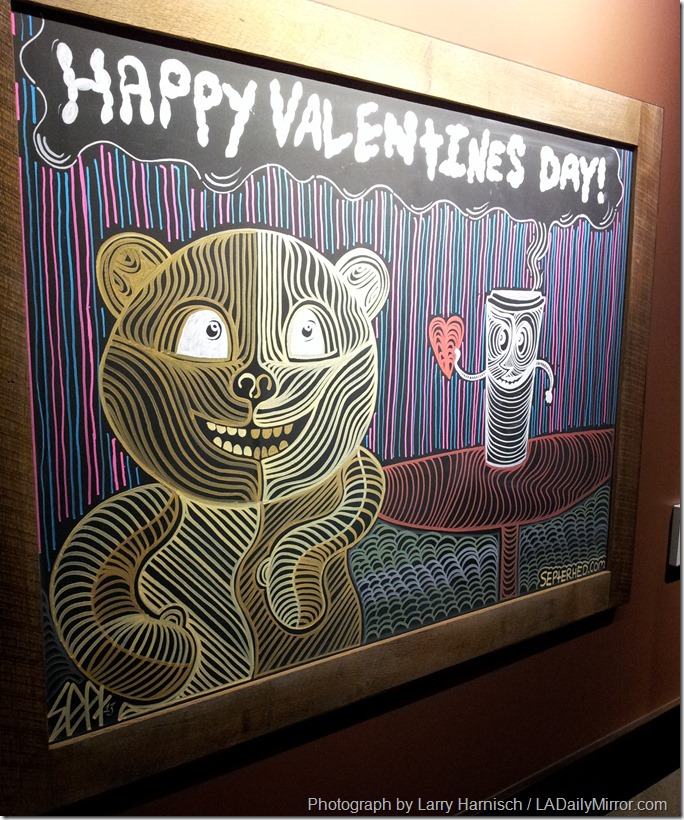 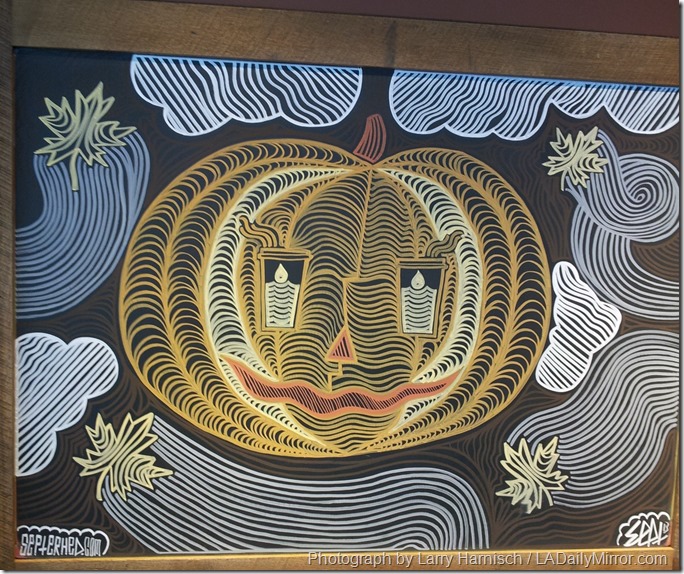 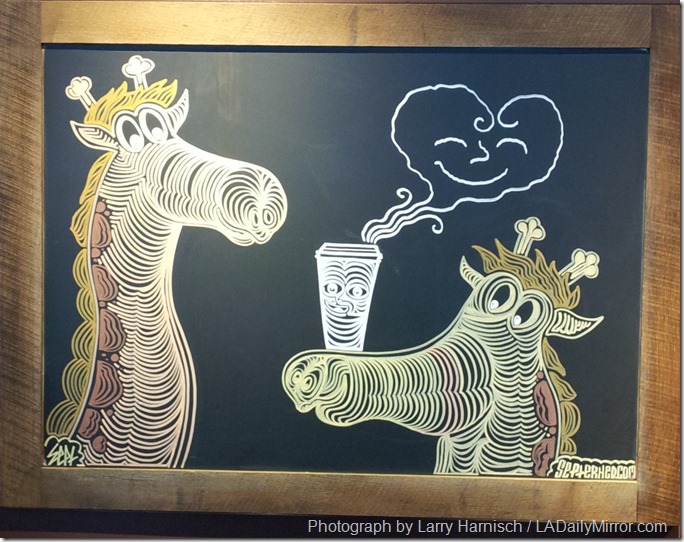 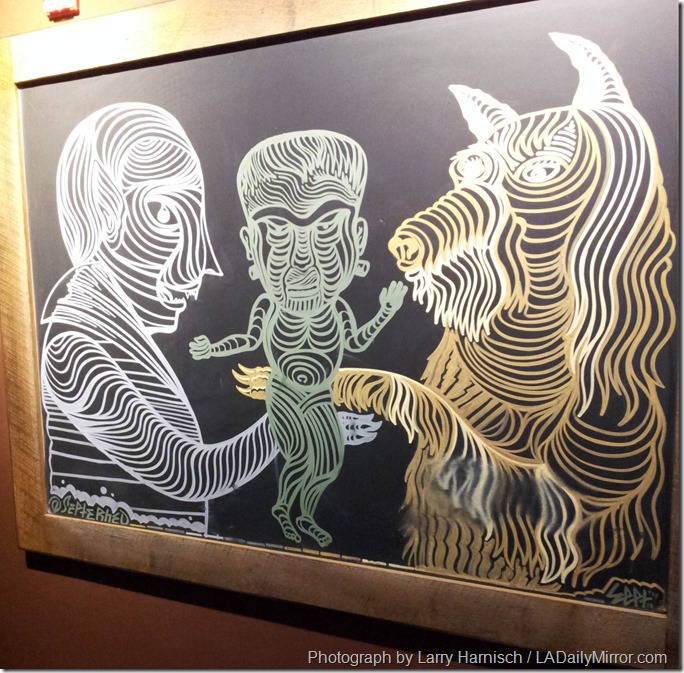 I am retired from the Los Angeles Times
View all posts by lmharnisch →
This entry was posted in 2014, Art & Artists, Downtown and tagged 2014, art and artists, downtown L.A., Septerhed, Starbucks. Bookmark the permalink.

2 Responses to Septerhed on Display at Starbucks