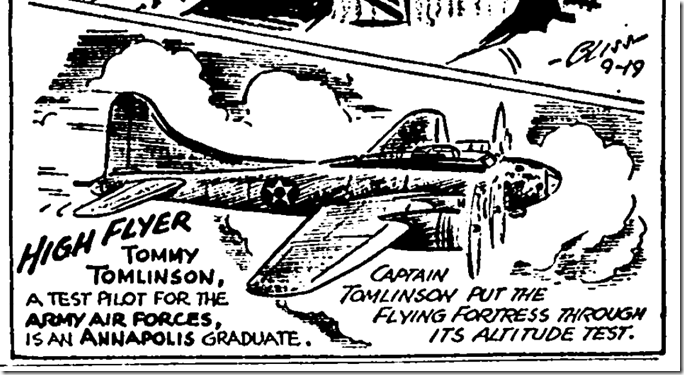 At a Town Hall luncheon at the Biltmore, RAF Wing Cmdr. Christopher Currant tells the audience that what we now know as the V-2 rocket is the greatest argument against isolationism.

“It can be dropped on New York without any difficulty. It is merely a matter of fuel,” he says.

Currant also says that the morale of German fliers is extremely low and added: “Both American and British fliers were disappointed when during the invasion of France they found no air resistance. We had expected the greatest air battle of all times.”

Times reporter and columnist Gene Sherman files a first-person report from Palau and describes fierce fighting against the Japanese.

“The waves lap at a naked Marine whose body was burned yesterday in a shell explosion. He lies with his arms upraised. Another Marine kneels with bowed head in prayer at an ammunition box.” 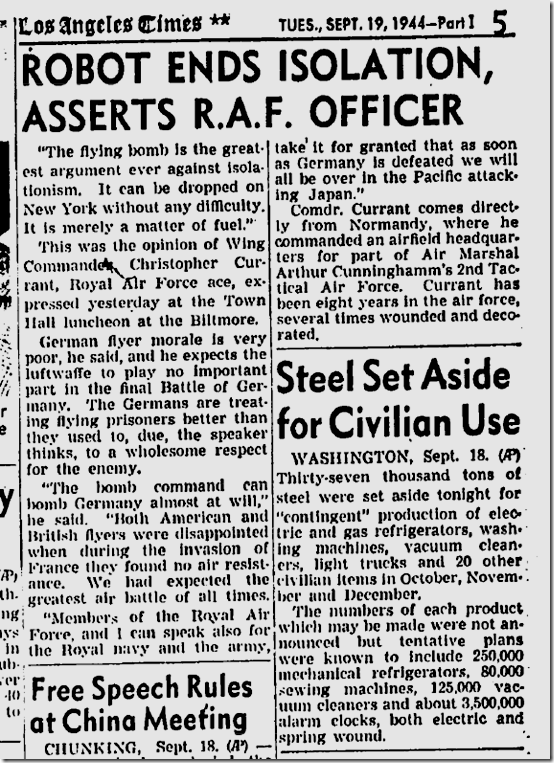