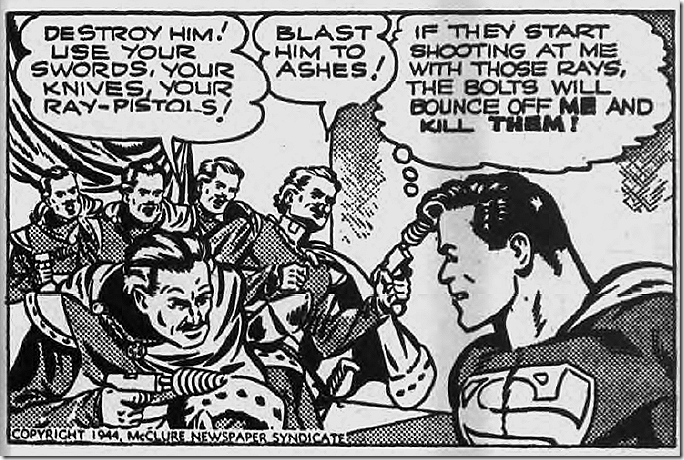 When William Bendix was broke and didn’t have a nickel to his name, his father-in-law, Henry Stafanotty, loaned him money to support his wife and child. Bill isn’t the kind who forgets and now he has opened a hardware shop for his wife’s father in Newark and is calling it “The Wake.” That’s in honor of “Wake Island,” which put Bill in the movie limelight.

VIRGO: Put today in your happy medium column. Approach agreeably and without fuss the good and the bad tasks. No volcanic promotion ideas, just down-to-earth dependability.

From the Philadelphia Inquirer via Fultonhistory.com. 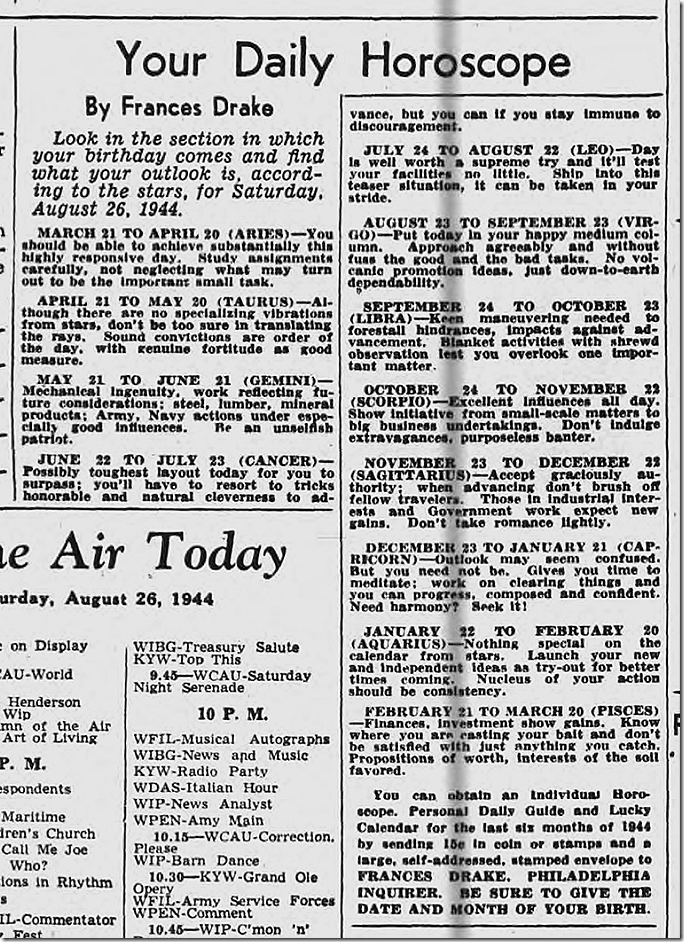 I am retired from the Los Angeles Times
View all posts by lmharnisch →
This entry was posted in 1944, Columnists, Comics, Film, Hollywood, Horoscope and tagged 1944, comics, film, hollywood, horoscope, Louella Parsons. Bookmark the permalink.