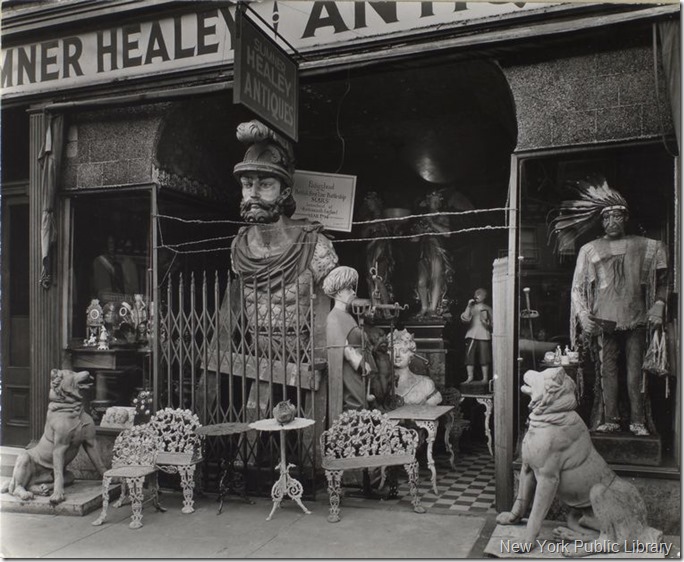 ”From where I stood, the shop looked like a dark cavern. The antique furniture, the old clocks, vases, dishes, drinking glasses, China dogs and tarnished candlesticks were like a scavenger’s storehouse.”  — ”Laura,” Page 139

In case you just tuned in, I’m using Louella Parsons’ May 15, 1944, item on Rouben Mamoulian being replaced as the director of “Laura” to take a meandering look at the making of the film, which was released in Los Angeles in November 1944. Previous posts have examined the writing career of “Laura” novelist Vera Caspary and the state of the detective story in 1941, when she was writing the novel. We also visited some of the locations Caspary used in the book.

In going through the novel, it’s interesting to see what the screenwriters (there was a series of them) kept, what they invented and what they threw out. In the next few posts I’m going to look at the characters as portrayed in the novel, starting with the smaller roles and working up to the most important character, Waldo Lydecker (played by Clifton Webb in the film). Although the book and film are titled “Laura,” Waldo is the most remarkable character in the story and the one who required the most work, as Caspary noted in her autobiography, “The Secrets of Grown-Ups.”

As portrayed in the novel and film, Waldo is an avid collector of vintage glassware, porcelain, statues, books and other fine antiques. In the novel, the most notable antiques are a mercury glass vase on a pedestal (its twin was a present to Laura Hunt, played by Gene Tierney in the film), an ormolu clock (Page 33) and Waldo’s cane, which functions as a shotgun (the screenwriters changed this to a sawed-off shotgun. More about that later).

On Page 135, Caspary describes Waldo’s cane as “one of the heaviest I have ever handled, weighing at least one pound, 12 ounces. Below the crook, the stick was encircled by two gold bands set about three inches apart.”

In the novel,  Waldo frequents an antique shop on Fourth Avenue run by Claudius Cohen. 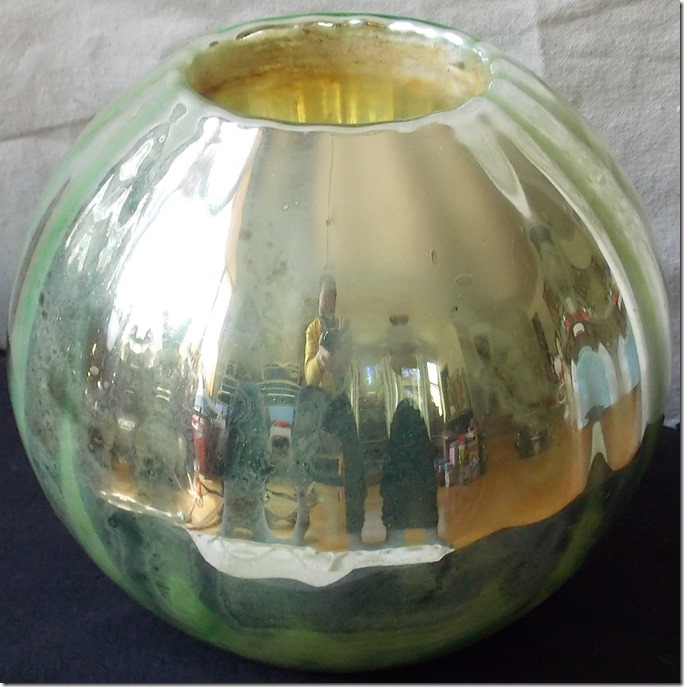 A mercury glass vase listed on EBay as Buy It Now for $24. They are reflective and obviously hard to photograph. In the 1940s, such objects were filled with BB shot to make them heavier and less prone to breakage.

Using the voice of Detective Mark McPherson (played by Dana Andrews in the film), Caspary writes of Cohen (Page 136-139):

He was about 5-foot-11, weighed no more than  150, had light eyes and a bald head that rose to a point like a pear… It was natural that he and Waldo should know each other. They could both go into a trance over an old teapot.

What Waldo had seen in Claudius’ window was a duplicate of the vase he had given Laura. It was made like a globe set upon a pedestal. To me it looked like one of those silver balls that hang on Christmas trees, strictly Woolworth. And I understand that it is not so rare and costly as many of the pieces that cause collectors to swoon. Waldo valued it because he had started the craze for mercury glass among certain high-class antique snobs.

In the scene that follows, Waldo demands to buy the mercury glass vase, but Cohen explains that he has already sold it to another collector. There is an argument that concludes with Waldo knocking the vase to the floor in an apparent accident. Waldo pays Cohen for the broken vase, but as he leaves the shop, he is smiling, McPherson says. “Almost as if he’d got the vase anyway.”  This, of course, sets the stage for Waldo to try to kill Laura because he can’t have her — a bit of murky symbolism that was wisely eliminated from the film, as was the cane-shotgun.

In the final pages of the book, Mark returns to Cohen’s shop to ask about the incident in which Waldo broke the vase.

Mark asks Cohen if he thinks that it was an accident.

BB shot is the final clue in book to implicate Waldo as the murderer because the killer used a shotgun loaded with BB shot.

All of which was thrown out for the movie. What remains in the film is a vase in Laura’s apartment, which Waldo describes as “the gem of my collection.”  His cane is no longer an antique shotgun and the ormolu clock on his mantle was transformed into a pair of grandfather clocks, one in his apartment, the other in Laura’s, where the murder weapon was hidden.