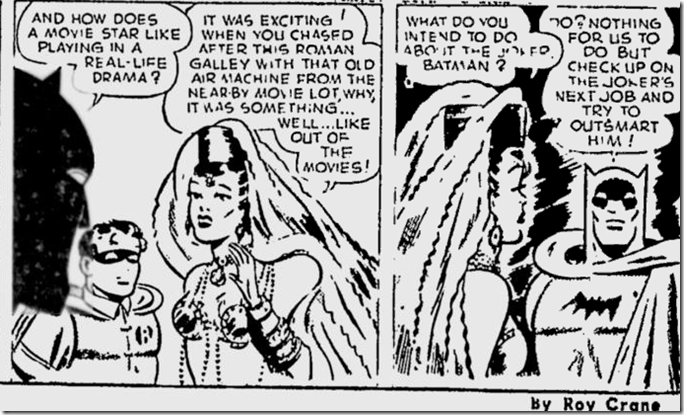 HOLLYWOOD, May 21 — Joan Bennett laughed when I mentioned that I had heard on the Twentieth lot that she was to co-star with Fred MacMurray in “Nob Hill.” “It looks,” said Joan, “as if I am inheriting all Merle Oberon’s castoffs. First, ‘The Woman in the Window,’ and now ‘Nob Hill.’ ” Only a gal with Joanie’s grand sense of humor would have kidded herself, because most actresses hit the ceiling at any suggestion that they are second choice.

From the Milwaukee Sentinel. 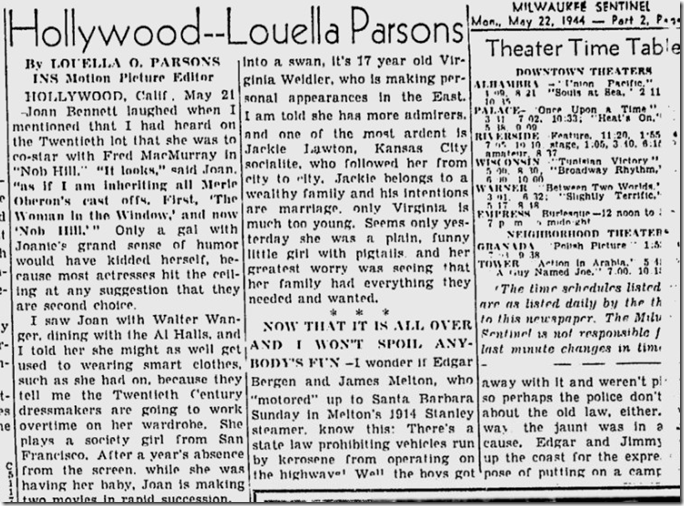 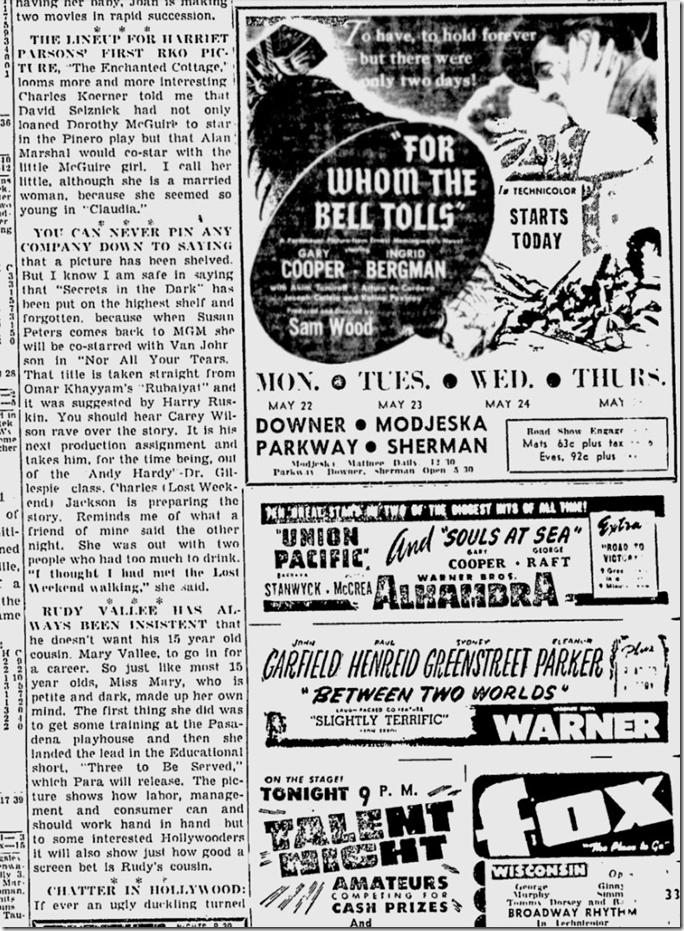 I am retired from the Los Angeles Times
View all posts by lmharnisch →
This entry was posted in 1944, Art & Artists, Columnists, Comics, Film, Hollywood and tagged 1944, comics, film, hollywood, Louella Parsons. Bookmark the permalink.