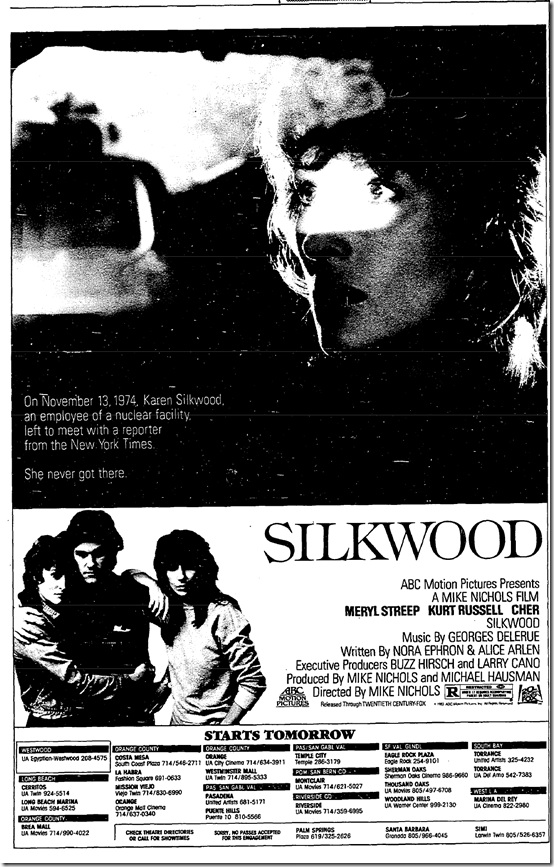 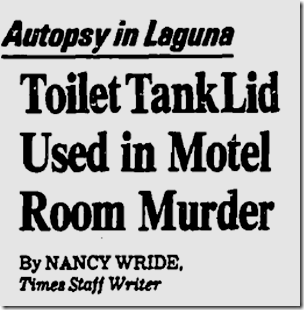 Murphy, 22, who worked for an oil company in Santa Maria, had been hit in the head with the lid of a toilet tank with such force that the porcelain lid shattered.

His wallet, and what was believed to be a large amount of cash were missing, police said.

The motel’s night manager said Murphy checked in at 4 p.m. Saturday, paid with cash and “carried very few bags with him,” The Times said.

Police had no leads in the killing until 2003, when DNA found on a beer bottle apparently recovered from the crime scene was identified as matching James Paul Snider. In May 2006, Snider was sentenced to 15 years to life in the killing.

Goffard’s story says: “Snider’s explanation was that he believed Murphy had sexually assaulted him while he slept, an account the prosecutor disputes.”

Christopher Goffard’s Times story about the case is here.

I am retired from the Los Angeles Times
View all posts by lmharnisch →
This entry was posted in 1983, Crime and Courts, Film, Hollywood, Homicide, Lesbian, Gay, Bisexual, Transgender, Millennial Moments and tagged 1983, film, hollywood. Bookmark the permalink.