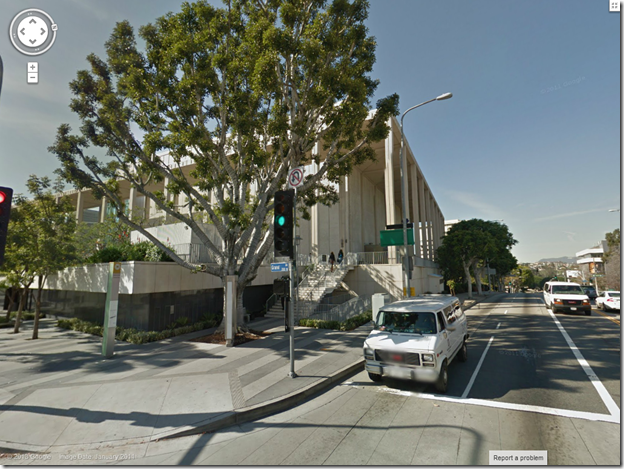 In the Dec. 16, 1935, installment of Rediscovering Los Angeles, Times artist Charles Owens and columnist Timothy Turner visit the St. Angelo, on “Grand Avenue just off Temple Street on the northern slope of that unappreciated group of hills which form the nucleus of Los Angeles.”

Once a fancy hotel where James Whitcomb Riley stayed for several months, by the 1930s, the St. Angelo was a hotel for working men, Turner writes.

Unlike Nuestro Pueblo, Owens’ later work with Joe Seewerker, Rediscovering Los Angeles was never published in book form. The Times encouraged readers to clip the entries and save them in a scrapbook.

I am retired from the Los Angeles Times
View all posts by lmharnisch →
This entry was posted in 1935, Architecture, Art & Artists, Downtown, Nuestro Pueblo and tagged 1935, architecture, art and artists. downtown, Bunker Hill, Nuestro Pueblo. Bookmark the permalink.