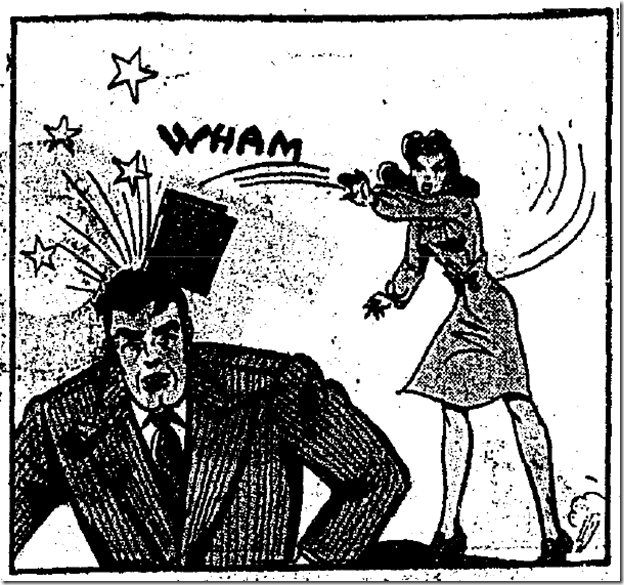 Sept. 19, 1943: In a story delayed for wartime, the Associated Press reports that Allen L. Gordon, 23, of Rock Island, Ill., fire control operator third class, was struck Dec. 2 with a 20-millimeter antiaircraft shell that lodged in his hip. Gordon’s wound was closed aboard ship and he was taken to a Marine base in New Caledonia for treatment.

Three doctors from West Penn Hospital, Lt. Cmdr H.W. Jacox, Lt. Cmdr. Jesse B. Griffith and Lt. William Wycoff, operated on Gordon after spending several days locating the shell by X-rays. They originally tried working behind a steel plate, but later discarded the plate and completed the operation, according to Griffith’s July 12, 1954, obituary in the Pittsburgh Post-Gazette.   The operation was performed in less than two minutes, according to an account in the Pittsburgh Press.

Gordon survived the operation and was brought to the U.S. for recovery. He was given the defused shell as a souvenir, the Pittsburg Press reported.

Tom Treanor, who will die in a jeep crash next year during the liberation of France, writes about K rations, especially those biscuits.

“A German prisoner to whom I tried to be kind since he was digging my slit trench for me threw away the ‘K’ biscuits I gave him when he thought I wasn’t looking,” Treanor says.

A load of depth charges explodes during transport at Norfolk, Va., killing 25 sailors.

The American Federation of Musicians signs a contract with Decca, ending a 13-month ban on recordings by symphonic and popular orchestras. The union charged that widespread use of recordings was putting musicians out of work and also “would destroy the entire music industry and music culture” through destroying the incentive for the study of music,The Times said.

Three African American military police officers are killed when their jeep rear-ends an Army truck at night in heavy fog outside the Vultee Aircraft plant on Lakewood Boulevard.

In the theaters: “The North Star,” with Anne Baxter and Farley Granger. The movie will later be seized on during the Red scare as proof of communist influences in Hollywood.

Robert Kendrick is arrested for drunk driving — at the time, he was at the wheel of a Pasadena City Lines bus. 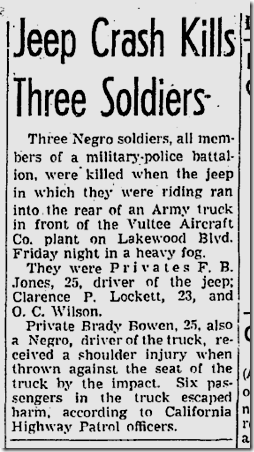