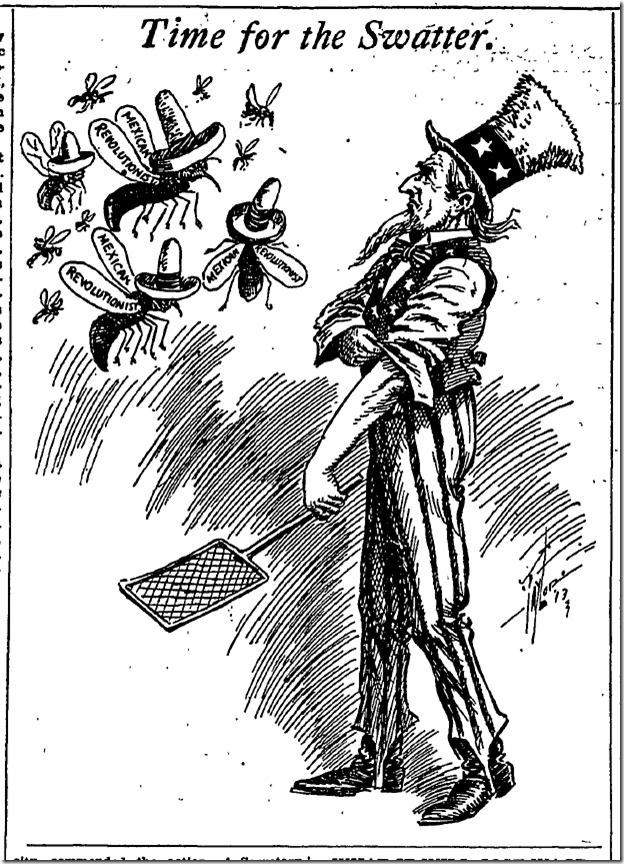 The Times takes a dim view of Mexican revolutionaries.

“The possibilities of H.E. Huntington’s marriage to the widow of the famous Collis P. Huntington has for years formed a topic for discussion in the numerous clubs of which the railroad magnate is a member. In the past few years it has become more or less a joke of intimate friends to charge him with serious intentions in this direction. Huntington many times denied that there was any foundation to the rumor and even on his visit home last winter declared that there was nothing at all to this affair of the heart.

The new Los Angeles Investment Building at Broadway and 8th is billed as “the most palatial office building in the city.”

John George Boyle and his wife — who is never identified by name — came to Redondo Beach from San Francisco with a plan of killing themselves. She waded into the surf and drowned. He changed his mind, he told Patrolman Flanders.

I am retired from the Los Angeles Times
View all posts by lmharnisch →
This entry was posted in 1913, Architecture, Art & Artists, Broadway, Downtown, History, Suicide and tagged #DTLA, 1913, architecture, Broadway, Huntington, Suicide. Bookmark the permalink.