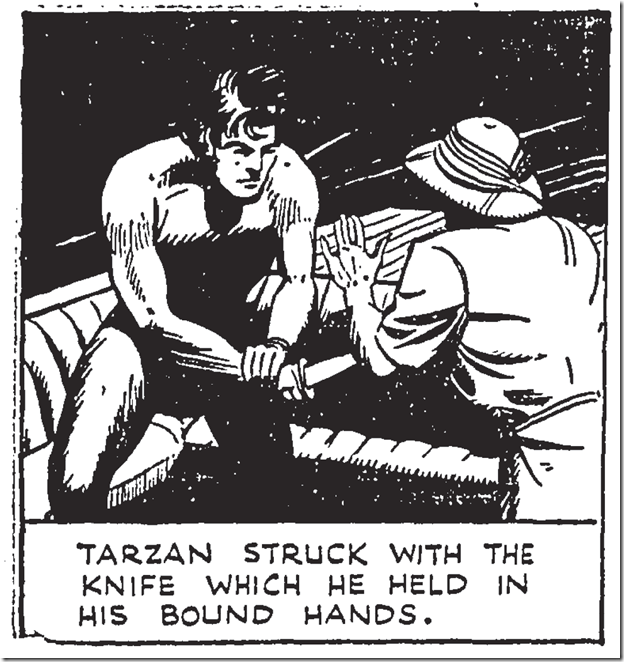 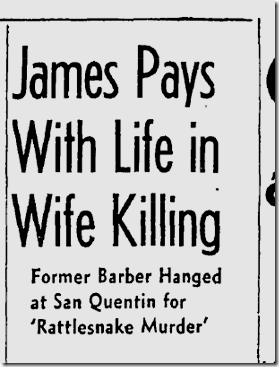 May 2, 1942: Major Raymond Lisenba, better known as Robert S. “Rattlesnake” James, becomes the 214th and last person to be executed by hanging in California. James was hanged because the murder of his wife occurred in 1935, before the introduction of the gas chamber in 1937.

James tried to kill his wife by binding her and putting her leg into a box containing two rattlesnakes. Although she was bitten, the venom wasn’t fatal — or at least hadn’t taken effect, so James drowned her in a bathtub and placed her body face-down in a backyard fish pond. (And yes, drowning in the backyard pond makes me think of “Chinatown.”) 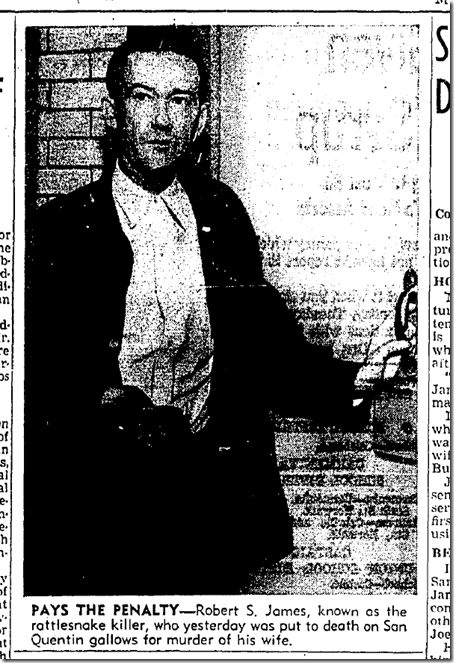 I am retired from the Los Angeles Times
View all posts by lmharnisch →
This entry was posted in 1942, Art & Artists, Comics, Crime and Courts, Homicide, World War II and tagged #Chinatown, executions, hanging, Rattlesnake James. Bookmark the permalink.