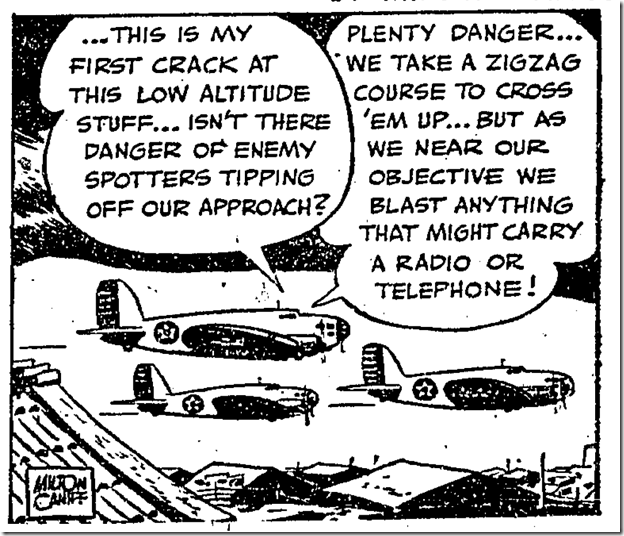 March 14, 1942: The FBI leads arrests of Buddhist priests, teachers, photographers, housewives, gardeners and businessmen in the continuing roundup of “enemy aliens.” Among the arrested was the Rev. Hiroshi Izumi of the Japanese Congregational Church in Santa Barbara.

“It is understood that most if not all of those arrested yesterday were either Japanese-language school instructors or were connected with them in some other capacity,” The Times said.

James Bartram sent away a “dazzling blond” who knocked at his door,  angering the Hollywood producer who had arranged a date for him, according to testimony in his divorce case.

Chinese actor Keye Luke has been working on illustrations for a new edition of Donn Byrne’s “Messer Marco Polo.” He leaves for New York as soon as he finishes “Across the Pacific” to take the drawings to his publishers and will hold an exhibition of his work while there, Hedda Hopper says. 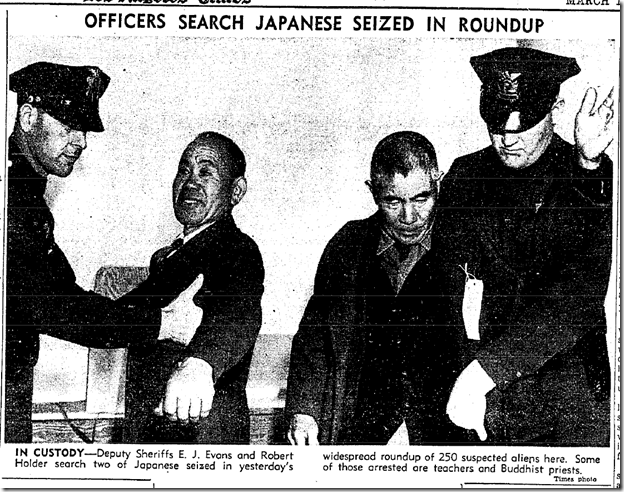 I am retired from the Los Angeles Times
View all posts by lmharnisch →
This entry was posted in 1942, Art & Artists, Columnists, Comics, Crime and Courts, Film, Hollywood, World War II and tagged #Hedda Hopper, #Keye Luke. Bookmark the permalink.