FBI Rounds Up Japanese in Hunt for Subversives, Dec. 8, 1941

Posted on December 8, 2011 by lmharnisch

Several truckloads of Japanese were seen passing through Brea toward Pomona, Brea police reported, and orders to stop all cars bearing Japanese and to confiscate maps and binoculars or radios were given.

Gen. H.H. “Hap” Arnold, head of the Army Air Corps, was hunting quail in Kern County with Donald Douglas, president of Douglas Aircraft, when he learned of the attack from notes  dropped by the sheriff’s aviation squadron.

Times artist Charles Owens draws a map of Oahu, showing the location of Pearl Harbor and other military installations.

Tom Treanor, who was killed covering the liberation of France, reflects on his stint as a movie critic and interviews Jack Oakie at his Northridge home in hopes of finding some humor in the U.S. entry into World War II.

“Dumbo” is opening at the Carthay Circle Theatre on Dec. 19. 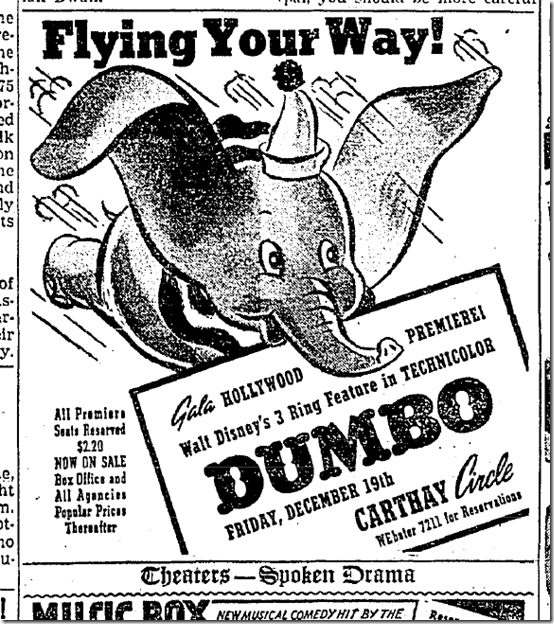