To recap briefly, I have been digging into the historical basis of the movie “Zoot Suit,” which I saw this summer in the Last Remaining Seats series.  The Times ignored the 1943 Zoot Suit Riots for several days, in what must be one of the worst news decisions the editors ever made, so I was forced to dig  into the government records at the National Archives in Riverside for further information.

Another thread of the Zoot Suit Riots – racial tensions – also emerges in the Navy records immediately before and after the riots. This Nov. 13, 1942, document reports attacks by blacks on servicemen in San Diego.

The paragraph, written about eight months before the riots, is particularly resonant:

Additional reliable information is to the effect that the enlisted personnel of the U.S. Navy have a growing unrest due to the above situation, and are contemplating some concerted action in reprisal to these attacks. The local police authorities have been officially notified of the subject attacks.

What’s also clear in the following reports is that young men, presumably Latinos since they were “talking in a foreign language,” continued to wear zoot suits and that ethnic tensions rather predictably increased in the aftermath of the riots. Notice the October 1943 LAPD report on two servicemen who reported being beaten by two blacks who told them: “Get the hell out of Watts and stay out.” 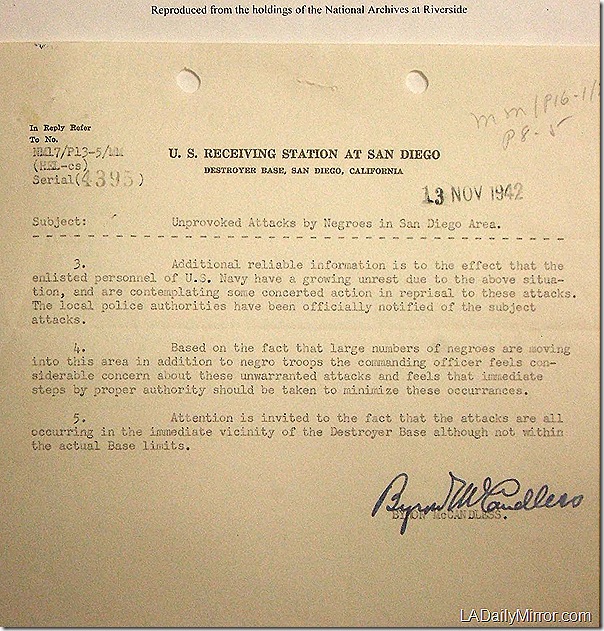 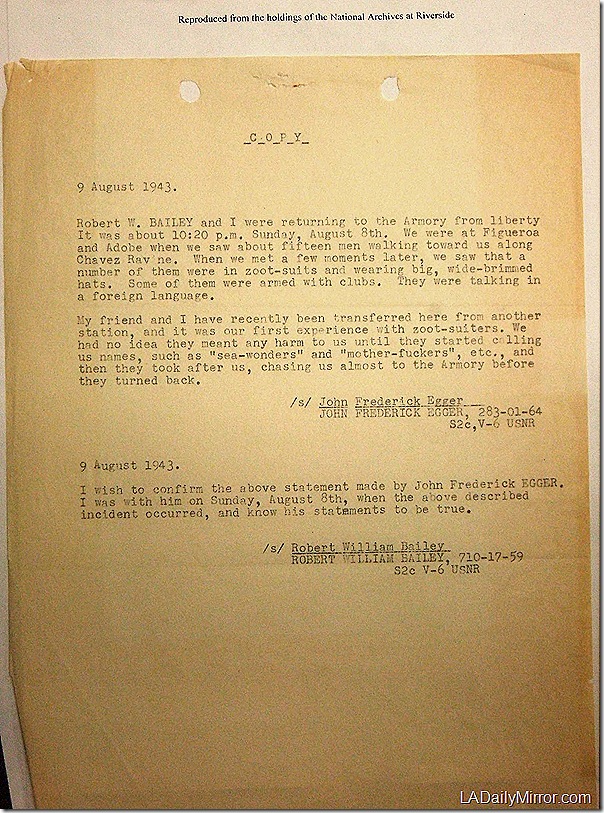 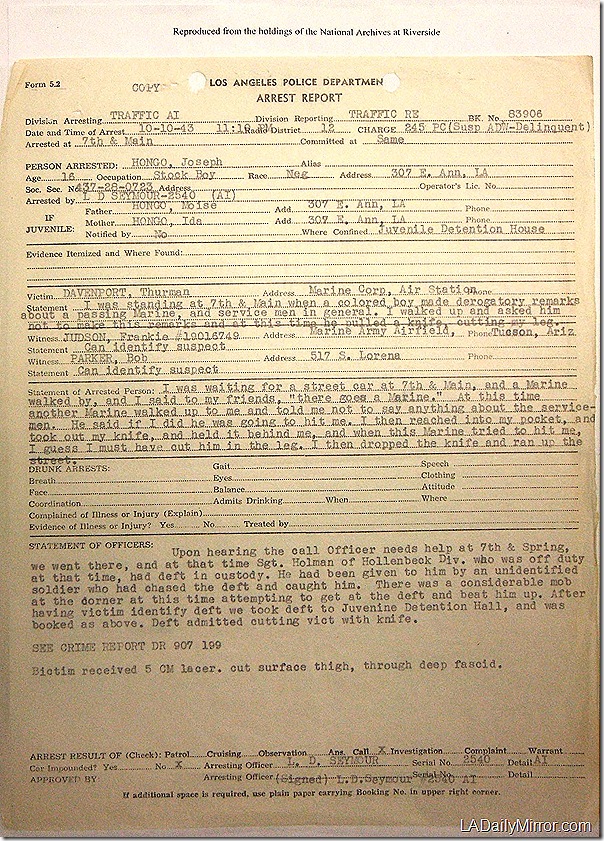 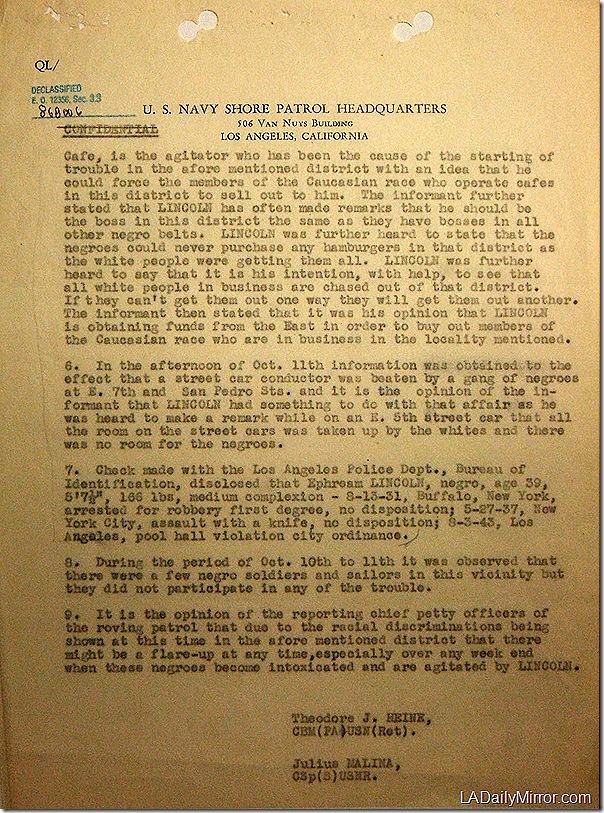 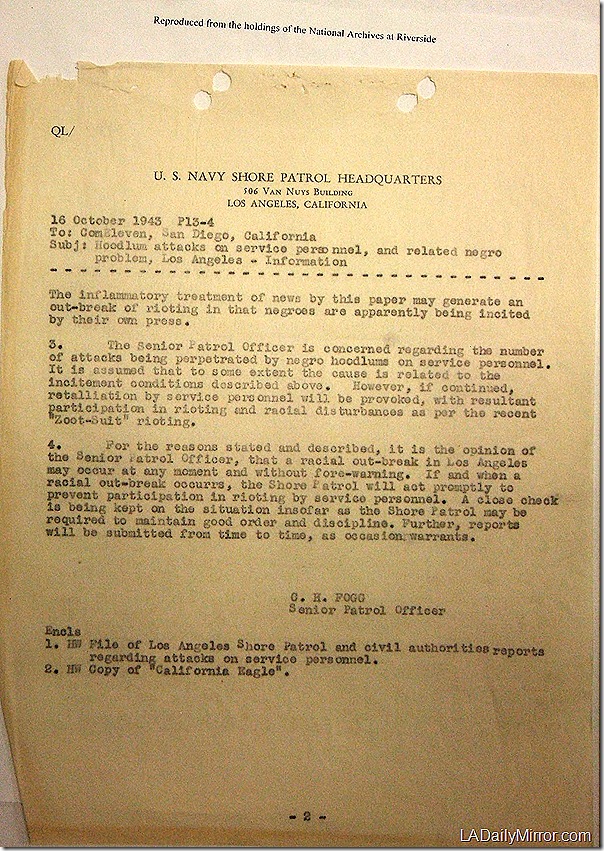