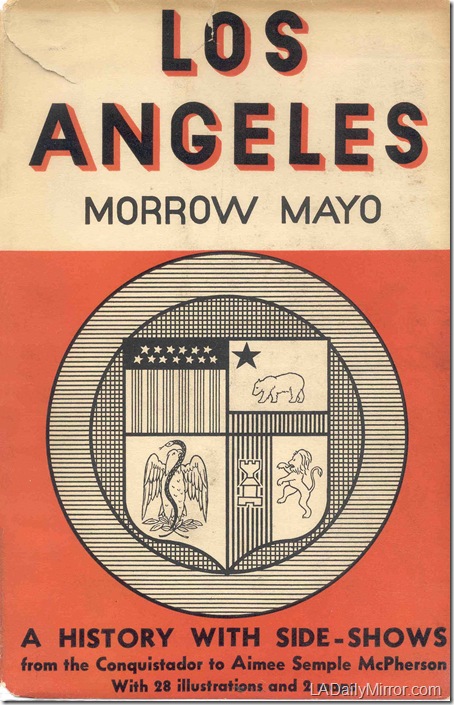 I don’t care much for lists because they’re usually nothing but “flame bait.”*  The BBC is an abundant source of these dictums, such as “100 Smashing Top-Drawer Books That Everyone Who Aspires to Cultural Literacy Should Read,” which is second only to AFI’s lists of “100 Classic Films That Ignore Your Favorite Director/Writer/Actor/Script Girl” in polluting the Web.

But I was intrigued by Washington Post blogger Mike DeBonis’ recently published list of 50 “essential” books on Washington, D.C., compiled by the public library’s Washingtoniana Division.

The list made me wonder whether the typical Angeleno could even come up with 50 books written about Los Angeles – essential or not.   I suppose the average person would start out with Mike Davis’ “City of Quartz” and Kevin Starr’s extremely iffy series, Morrow Mayo’s “Los Angeles” and Carey McWilliams” “Southern California: An Island on the Land.” Maybe the more ambitious would tack on Norman M. Klein’s “The History of Forgetting” and   Marc Reisner’s “Cadillac Desert.” But we’re still way short of the mark.

Notice that Christopher Hawthorne’s yearlong reading project  delves deep into the library dust (Louis Adamic’s “The Truth About Los Angeles” is an out-of-print pamphlet that is virtually impossible to find) and only has 25 books! Is there any way to raise the number to 50 without padding it with Bancroft and the oeuvre of Kenneth Anger?

I’m tempted to go off on a tangent about what former Times columnist Tim Rutten called “cultural myopia,” (and truly, if Starr were writing about New York instead of Los Angeles, the lousy research in his books would have been exposed long ago).

But I think it would be more fun to ask the Brain Trust for their ideas. Can you name 50 “essential” nonfiction books about L.A.? Send them in.

*Note to young persons: “Flame bait” was used to trigger “flame wars” on Internet bulletin boards (like a Facebook news feed without pictures) back when you were playing “Sonic the Hedgehog” on your Sega.

I am retired from the Los Angeles Times
View all posts by lmharnisch →
This entry was posted in Another Good Story Ruined, Books and Authors, History, Libraries and tagged #la, #libraries, #reading, books. Bookmark the permalink.