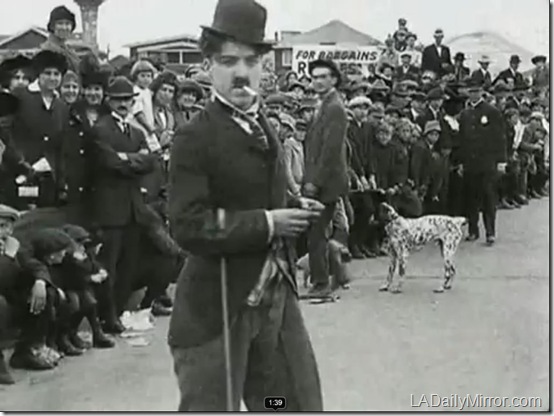 I was intrigued by Sunday’s Then and Now piece by Anthony Mostrom on Charlie Chaplin’s “Kid Auto Races at Venice” and I thought I’d do a little digging.

Here’s what I found.

The film includes footage of two races. One of them is a pushmobile/soapbox derby race in which vehicles start from a ramp. The other race features half-size, gasoline-powered cars.

Judging by the film, the race course was set up on the streets of Venice and was fairly informal. Notice the loose dogs in the top photo.

The film makes freely cuts back and forth between the two races.

And I suppose nobody in 1914 was watching for continuity gaffes. 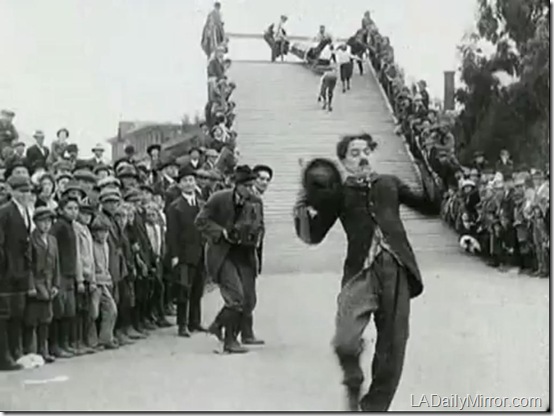 Some of the shots are taken at the beginning of the soapbox derby race and I must say that’s a pretty healthy ramp. Notice the news photographer on the left. In the film, he pans to follow a car (a photographer’s trick in capturing moving objects) but did he also get Chaplin? 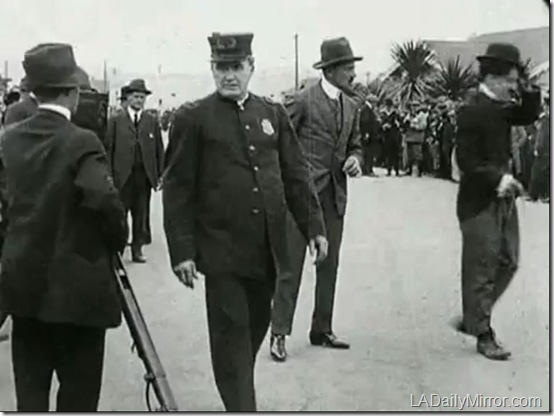 In the shoestring plot, Chaplin plays a camera hog who continually interferes with a film crew. Notice an actual police officer trying to keep people back from the race course. 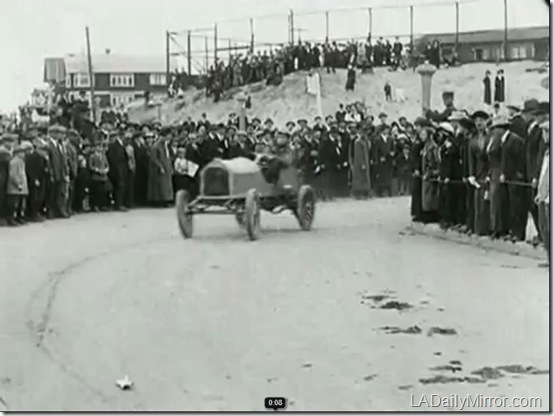 This is one of the gas-powered vehicles that took part in the second race. Yes, that is genuine horse flop in the street. 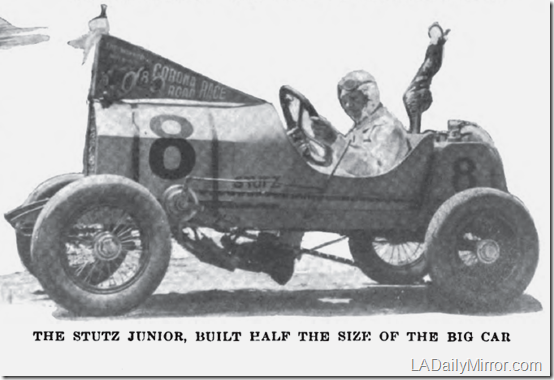 I wonder if it could be Alex Pabst’s Stutz Junior, a half-size version of a Stutz, as shown in the May 7, 1914, issue of Motor Age?  According Motor Age, Pabst won the April 26, 1914, Gran Prix at Ascot Park in Los Angeles with an average speed of 45 mph. His fastest lap was 51 mph. A March 28, 1948, article in The Times refers to Alex Pabst racing cars in the Southern California Midget Assn. but it’s unclear whether this is the same fellow.

People in Los Angeles love cars and they love to go fast, don’t they?