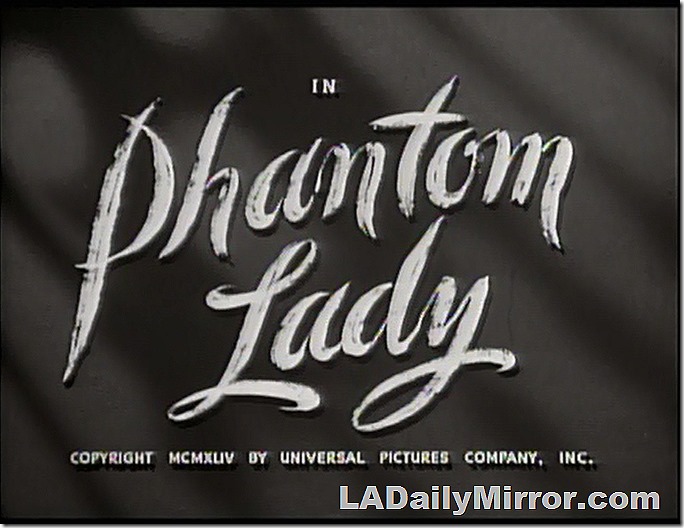 Screenplay by Bernard C. Schoenfeld. Based on the novel by William Irish.

Phantom Lady is available on DVD from Critics’ Choice Videos.

I chose Phantom Lady because it was scheduled in the Arthur Lyons Film Noir Festival in Palm Springs, which ends Sunday.

I’m guessing Bosley Crowther really hated Phantom Lady and may have palmed it off on one of the “alphabet soup” reviewers.

Something was bound to happen when a former Alfred Hitchcock protegee and a former director of German horror films were teamed on the Universal lot — something severe and unrelenting, drenched in creeping morbidity and gloom. And that something, which Miss Joan Harrison and Robert Siodmak have evolved, is a little item called Phantom Lady, which came to Loew’s State yesterday.

We wish we could recommend it as a perfect combination of the styles of the eminent Mr. Hitchcock and the old German psychological films, for that is plainly and precisely what it tries very hard to be. It is full of the play of light and shadow, of macabre atmosphere, of sharply realistic faces and dramatic injections of sound. People sit around in gloomy places looking blankly and silently into space, music blares forth from empty darkness, and odd characters turn up and disappear. It is all very studiously constructed for weird and disturbing effects.

But, unfortunately, Miss Harrison and Mr. Siodmak forgot one basic thing — they forgot to provide their picture with a plausible, realistic plot.

For Monday, we have a mysterious Back of the Head Woman.

Update: This is Fay Helm. 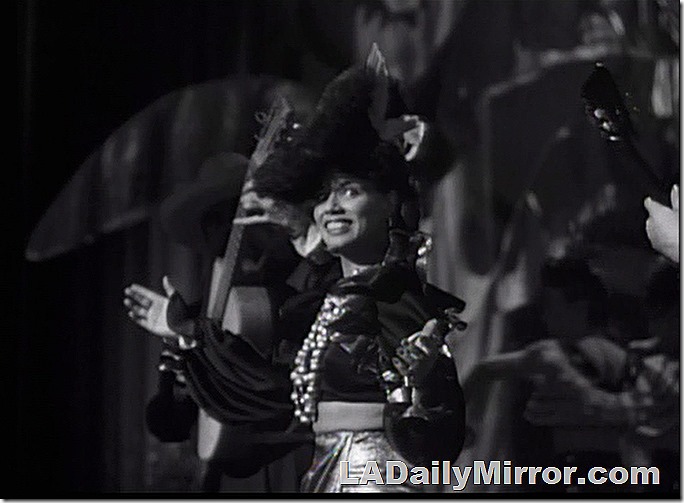 For Tuesday, we have a mystery woman. She does not approve of such goings-on. What are the goings-on? That is the mystery!

Update: This is Aurora Miranda. 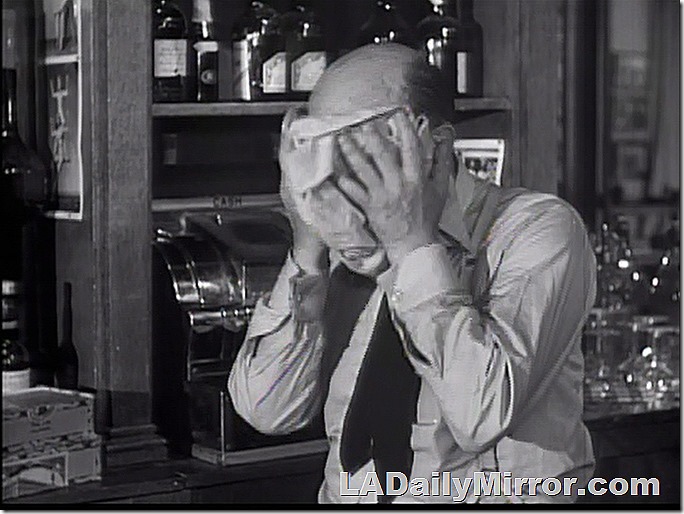 For “Hm Wednesday,” we have a mystery fellow.

Update: This is Andrew Tombes.

For “Aha Thursday,” we have this mysterious gentleman.

Update: This is Thomas Gomez.

And we have this mystery fellow. He is a real gone cat. So to speak.

This is Elisha Cook Jr.

Update: This is Franchot Tone.

And we have a mystery woman.

Update: This is Ella Raines. 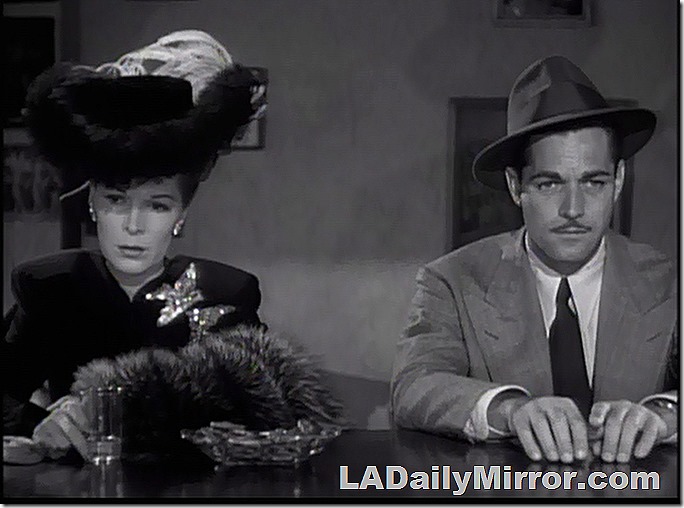 Finally, we have Back of the Head Woman and a mysterious companion at the beginning of an interesting evening.

Update: This is Fay Helm and Alan Curtis.

I am retired from the Los Angeles Times
View all posts by lmharnisch →
This entry was posted in Film, Hollywood, Mystery Photo and tagged film, hollywood, mysery photo. Bookmark the permalink.