Produced and directed by Fritz Lang.

More on the film’s history is available from the AFI catalog.

I picked Hangmen Also Die! by going through the trades and finding this review from The Exhibitor, April 7, 1943.

The print, alas, is barely usable and James Wong Howe’s photography suffers in the poor resolution. And a screenplay by “Bert” Brecht?? Really?

I’m guessing Bosley Crowther hated it because it is too long and, well, something or other.

Alas, not Bosley Crowther, but the unidentified T.S. upholding Bosley’s tradition of not liking a film (New York Times, April 16, 1943):

In Hangmen Also Die!, Fritz Lang has returned to the starkly melodramatic style that marked his finest films. If his new effort, now at the Capitol, fails to stand among his best it is not for lack of a meticulous and often uncanny talent for accepting a frightful tale. An apocryphal story of the killing of Reinhard Heydrich, Nazi “protector” of Czechoslovakia, and the terror that followed, it is a film full of murky shadows, harsh commands and more dangerous whispers. As patient as a pendulum, it moves slowly from one small detail to another to build the macabre jest upon which the climax turns. And yet, for all of Mr. Lang’s finesse, his film is too patient — it runs well over two hours — too ponderous to hit its stride as melodrama. nor does it match in emotional power and conviction its heroic theme.

For Monday, we have a mystery lad.

Update: This is Billy Roy. 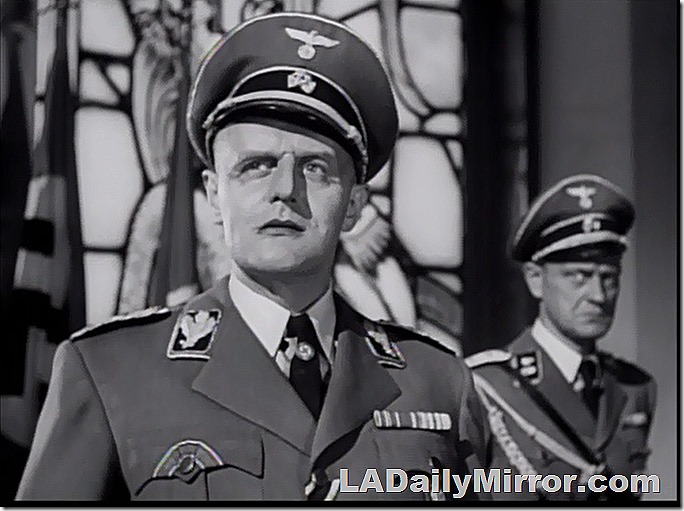 For Tuesday, we have a mystery fellow. He does not approve of such goings-on.

Update: This is This is Hans von Twardowski, left, and probably Hans Fuerberg . 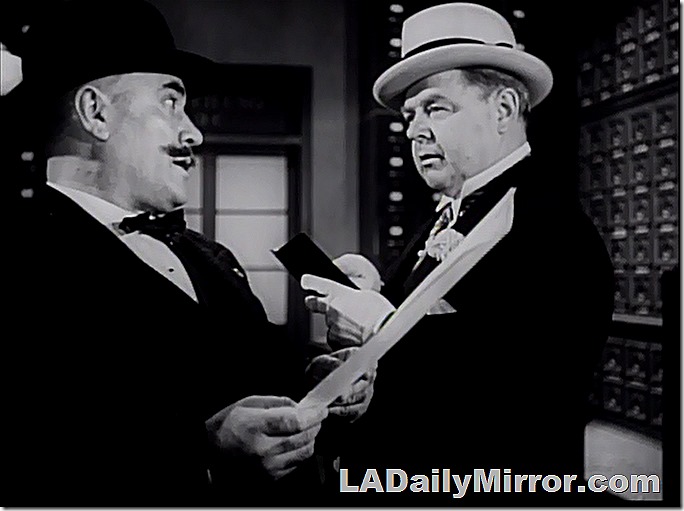 For “Hm Wednesday,” we have two mysterious gentlemen.

Update: This is Alexander Granach, left, and Gene Lockhart (making a break from Mystery Movie Jail).

For “Aha Thursday,” we have this mystery gent.

Update: This is Walter “Was you ever bit by a dead bee?” Brennan.

For Friday, we have a mysterious fellow.

Update: This is Brian Donlevy.

And this mystery woman.

Update: This is Anna Lee.