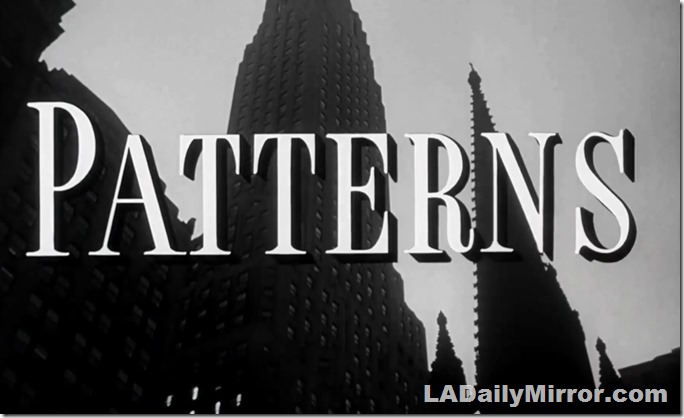 Story and screenplay by Rod Serling.

Patterns is available on DVD from TCM. It also streams on Film Detective, which specializes in lousy prints of public domain movies, often cut up with commercials.

More on the history of the film and its origins as a teleplay is available from the AFI catalog.

I picked Patterns because of two names: Rod Serling and Richard Sylbert. I have been a huge Serling fan since Twilight Zone and a Sylbert fan since Chinatown. I generally check to see if a mystery movie has aired recently on TCM, but I missed the broadcast of Patterns during its Van Heflin Summer Under the Stars tribute. I like to include films shot in New York every so often because they generally feature New York/Broadway actors.

Unfortunately, Lantern has vapor lock this morning, so I’m unable to research the trades’ coverage of the film.

I suspect this is too small-fry for ol’ Bosley. But I could be wrong.

Indeed, Patterns was handed off to second-string reviewer A.H. Weiler, possibly the mysterious A.W. who reviewed Breakfast in Hollywood in 1946. Abe H. “Doc” Weiler (1908-2002) was motion picture editor of the New York Times, where he spent more than 50 years as writer, editor and critic. His last byline was the obituary, probably written in advance, of Col. Tim McCoy in 1978.

There has been much speaking of minds, pro and con, anent differences between the movies and TV. Patterns, Rod Serling’s powerful video drama about life in the upper echelons of big business, was first televised in January 1955, and, without demeaning the phrase, brought back by popular demand a month later. It arrived on the Mayfair Theatre’s screen yesterday to prove strikingly that fine drama is universal. The sterling values of Patterns remain unchanged. Mr. Sterling has given us a creative, frightening and often moving portrait of familiar and rare executives caught in mahogany-paneled “jungles” with their teeth, hearts and minds bared. 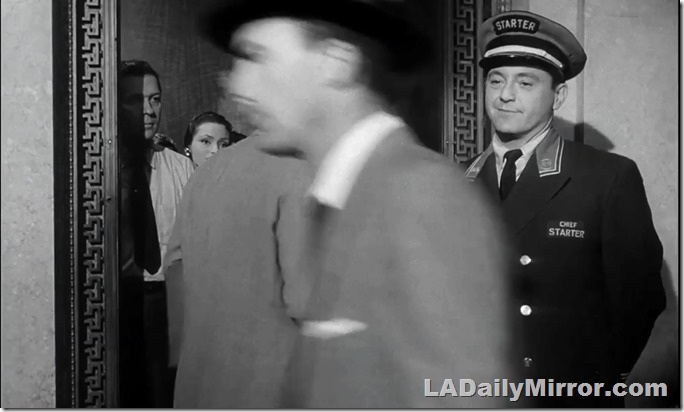 For Monday, we have a mystery gent. Our mysterious leading man has just ducked into the elevator and is obscured by an extra passing in front of the camera.

Note: Our mystery movie is not especially well known, but someone likes it very much and has posted nearly every frame on IMDB. I may have to engage in subterfuge, if not actual chicanery, to foil image search engines.

Update: This is Edward Binns. 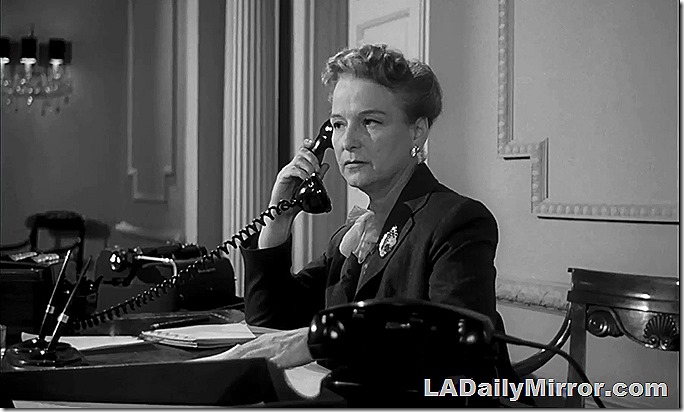 Update: This is Joanna Roos. 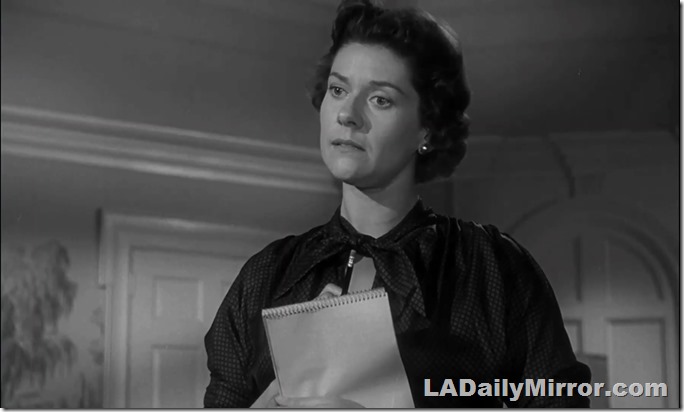 Update: This is Elizabeth Wilson. 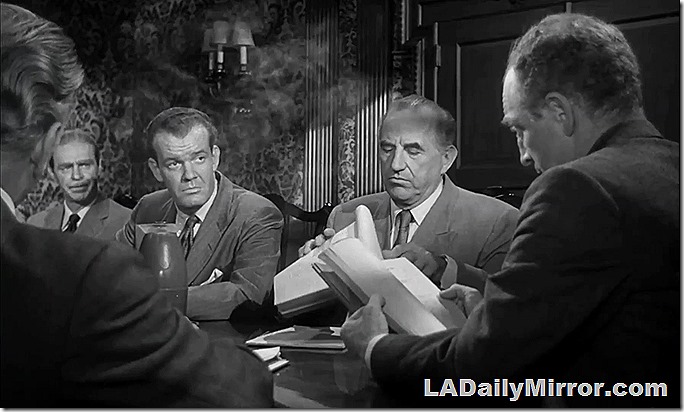 For “Aha Thursday,” we have this mysterious business meeting with various mysterious executives.

Update: This, from left, is Andrew Duggan, Ed Begley and Everett Sloane as Back of the Head Guy. We just had Sloane in The Big Knife and earlier this year in The Enforcer, so I put him in mystery movie jail with Van Johnson until next year. I think my favorite role for him, outside of Mr. Bernstein, is Franklin Gibbs in The Fever, a Twilight Zone episode about a compulsive gambler being chased by a slot machine. If you recognize Andrew Duggan from Bourbon Street Beat you get a gold star. 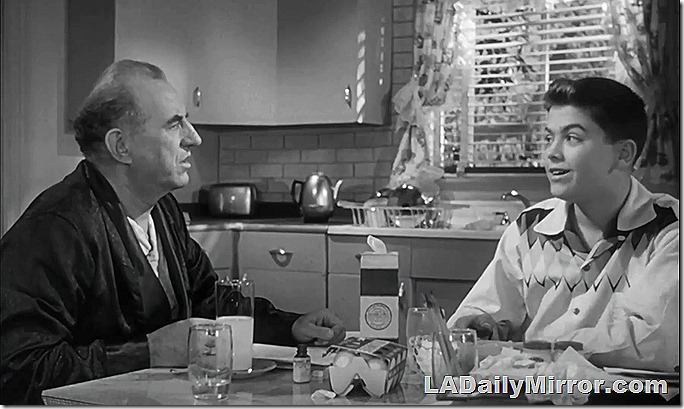 We also have this mysterious executive and his mystery son.

Update: This is Ed Begley and Ronnie Welsh. 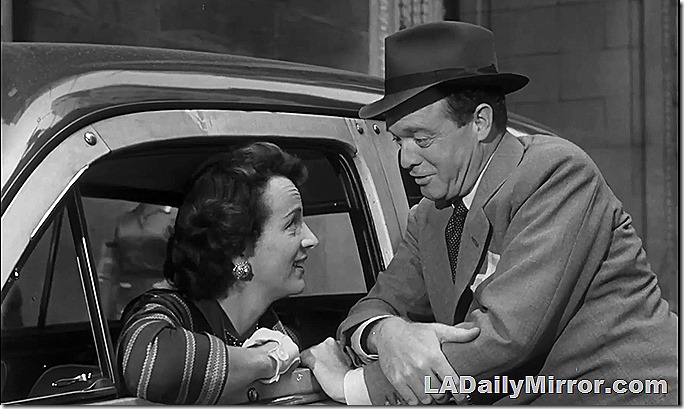 For Friday, we have our mysterious leading man and mystery leading lady. Yes, she is wearing gloves.

Update: This is Van Heflin and Beatrice Straight.