“Grounds for Marriage” was apparently never commercially released, but can be found on DVD on the gray market. It has aired 29 times on TCM in the last 20 years, most recently in 2019.

Yes, it’s another 1950s Van Johnson romantic comedy, this time with Kathryn Grayson. And it involves a doctor who’s a musician rather than an inspiring English professor who doesn’t want to be a cowboy (“Confidentially Connie.”) Did every 1950s comedy have a fantasy sequence? We’ve had a string of them now.

Anyway. “Grounds for Marriage” is notable mainly for Kathryn Grayson, a singer who loses her voice for a good portion of the picture. And there is a none too subtle message about how women’s personalities improve when they can’t talk. The setup is that she and Van Johnson are divorced but she wants to rekindle the flame while Van has moved on to the not terribly appealing Paula Raymond. There is a send-up of opera, which will work well on trivia night when you’re trying to think of another movie besides “Night at the Opera.”

And let’s see which New York Times critic hated it. My money is on Bosley Crowther.

A disturbance called “functional aphonia or temporary loss of voice, is allowed to afflict Kathryn Grayson through the better part of her time in MGM’s “Grounds for Marriage,” which came to the Capitol yesterday. And this means, of course that Miss Grayson is rendered unable to sing for a lengthy stretch in this picture, when her talent might be most well employed. In view of the fact that the writers have provided little else to fill the void, we can only assume that they, too, were suffering — from, perhaps, a temporary loss of mind.

He calls the Firehouse Five Plus Two “a poor man’s Spike Jones ensemble.”

For Monday, we have a mystery woman. She is puzzled by such goings-on. Also Back of the Head Woman, who will appear later in the week.

Update: This is Theresa Harris with Kathryn Grayson as Back of the Head Woman. 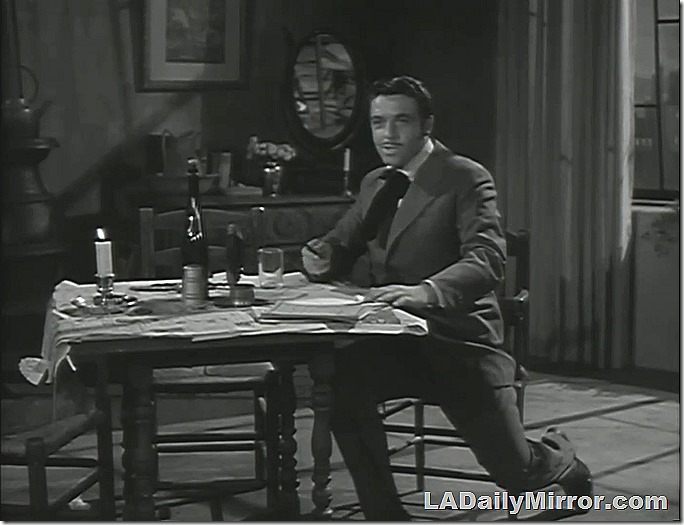 For Tuesday, we have a mysterious gent.

Update: This is Richard Atckison.

For “Hm Wednesday,” we have some mysterious musicians.

Update: This is the Firehouse Five Plus Two (poor man’s Spike Jones, indeed), with Danny Alguire on trumpet, Ward Kimball on trombone and Harper Goff on Banjo. 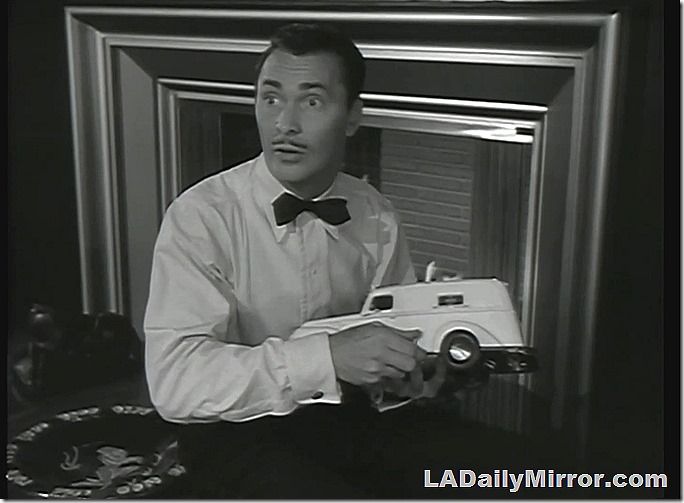 For “Aha Thursday,” we have this mysterious chap in a bowtie.

Update: This is Barry Sullivan.

We also have this mysterious chap.

Update: This is Lewis Stone. 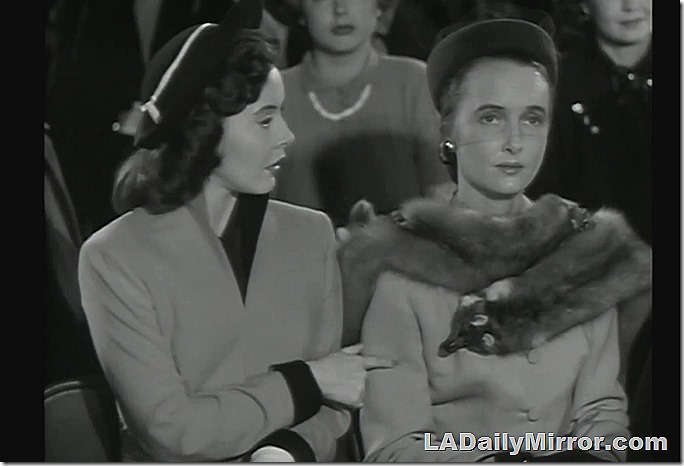 We also have a mystery woman in a fox fur.

Update: This is Paula Drew and, of course, Elizabeth Flournoy. 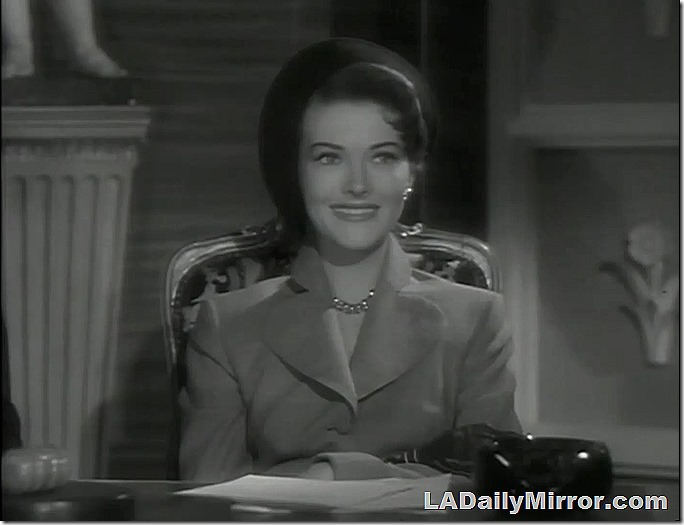 For Friday, we have this mystery woman.

Update: This is Paula Raymond. 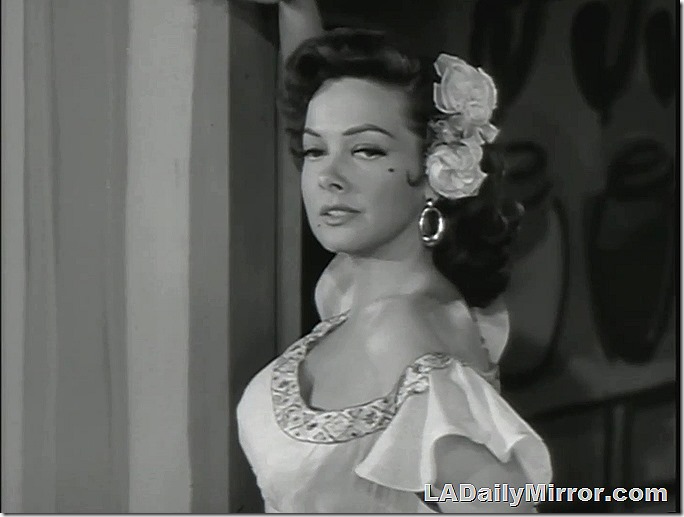 We also have this mystery temptress (who was Back of the Head Woman on Monday).

Update: This is Kathryn Grayson as Carmen during the movie’s fantasy sequence. 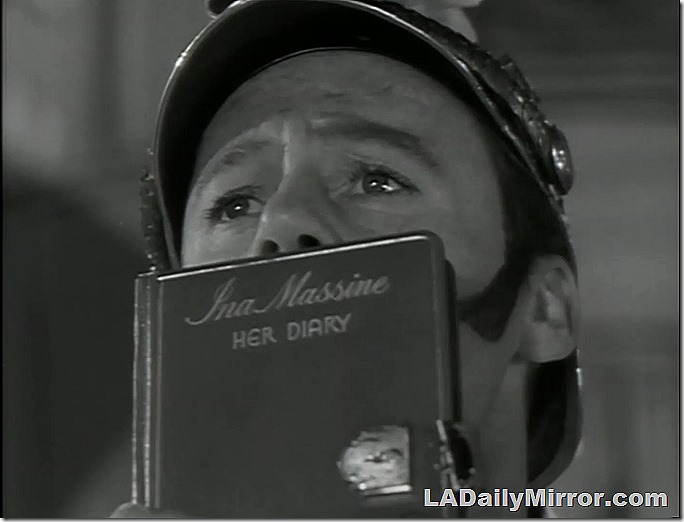 And finally, our mysterious leading man (well, I couldn’t make it *too* easy). Was there some sort of law that every 1950s romantic comedy had to have a fantasy sequence? Because we have had a string of them lately.

Update: This is Van Johnson as Don Jose in the “Carmen” fantasy sequence.