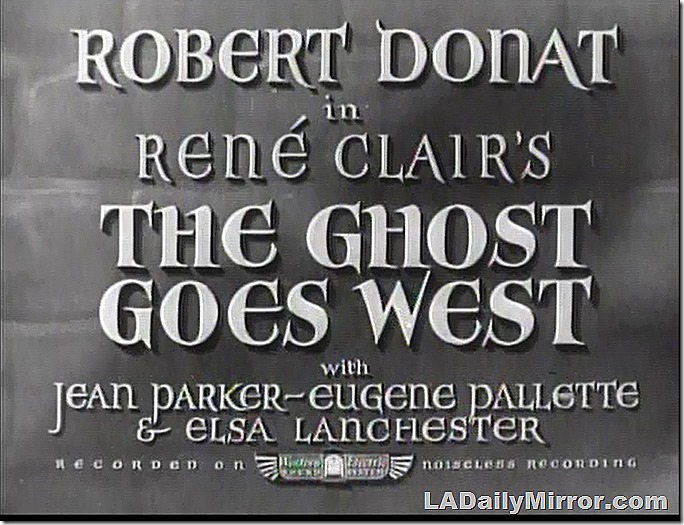 Based on a story by Eric Keown by permission of “Punch.” Screenplay by Robert Sherwood.

“The Ghost Goes West” is available on DVD from TCM.

I got a request for a ghost story and here we are.

This picture has some unusually good comedy situations, a novel plot, and fine performances. But on the whole it is entertainment suitable more for the classes than for the masses; its pace is somewhat slow and its humor subtle. The most amusing parts are those in which the ghost appears and is mistaken for a live person thereby puzzling, by its behavior, those with whom it comes in contact. The author has taken a poke, in a satirical fashion, at the social manners of some American millionaires, showing that their tastes are vulgar. The closing scenes are quite exciting and laugh-provoking; there the ghost fulfills its mission on earth and is thus enabled to go to its rest. The romantic interest is charming.

And let’s see which New York Times critic hated it….

But wait. Andre Sennwald (Jan. 11, 1936) likes the film quite a bit.  He calls “The Ghost Goes West” a gay, urbane and brilliantly funny film.

The Messrs. Sherwood and Clair are toying a gracefully long, loud laugh at the expense of American millionaire art lovers and European tradition. Their ghost, very solidly played by Robert Donat, is of the Scotch persuasion, he is a handsome devil and even after 200 years he has an eye for the ladies. His adventures with the castle that is dismantled and transported to America are always merry and sometimes sharply satirical. 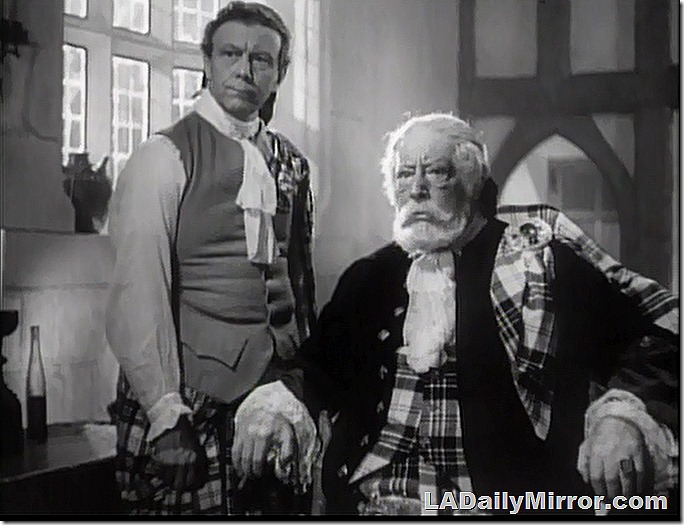 For Monday, we have a couple of mystery gentlemen. Our mystery gent on the right does not approve of such goings-on.

Update: This fellow on the right is Morton Selten. His mystery companion has no lines and I have not been able to positively identify him. As such, I gave credit for all guesses unless they were clearly wrong. 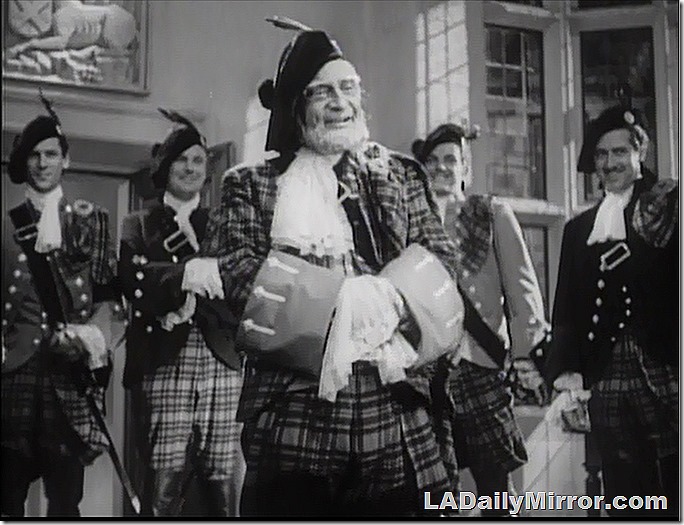 For Tuesday, we have another magnificently outfitted mystery gent.

Update: This is Hay Petrie.

We also have this mystery fellow, handsomely dressed in a double-breasted suit. His companion, alas, has been cropped out due to insufficient mysteriousness. He and his newsboy cap will appear later.

Update: For “Aha Thursday,” here is our mystery companion who was previously lacking in mysteriousness.

Update: This is Eugene Pallette in a dashing newsboy cap and Ralph Bunker. 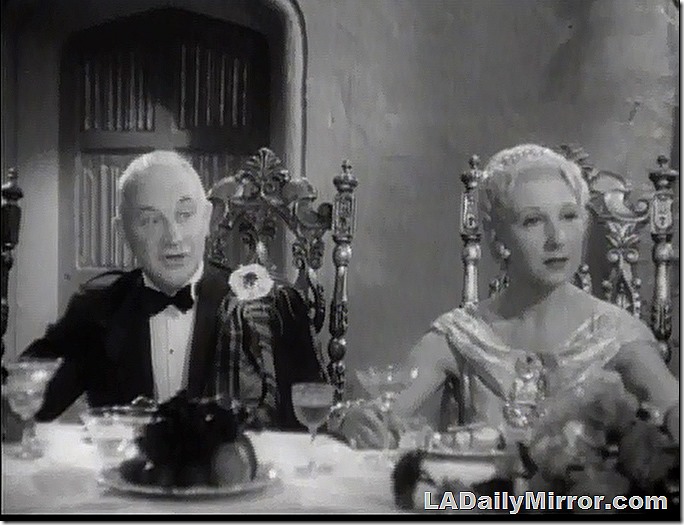 Update: This is Ralph Bunker and Everley Gregg. 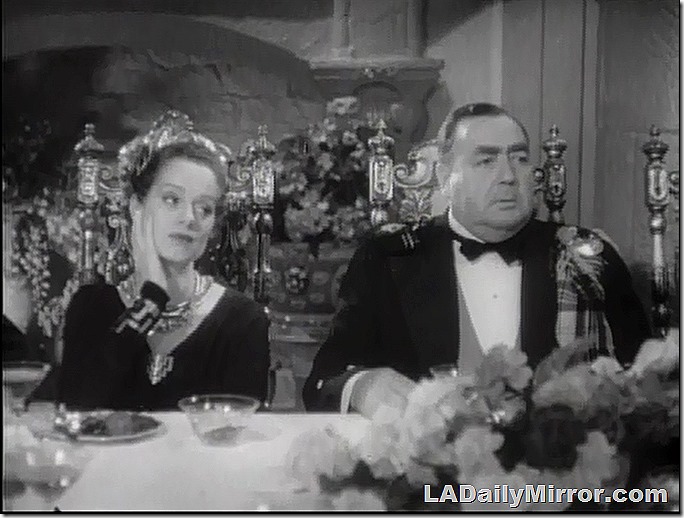 Also for “Hm Wednesday,” we have another mystery dinner guest. Her companion has been cropped out for now due to his entirely insufficient mysteriousness. (Apologies for the fuzzy print).

Update: And for “Aha Thursday,” our insufficiently mysterious companion makes his appearance.

Update: This is Elsa Lanchester (or Lancaster to all those folks damning auto-correct this week), who has a minuscule role considering her billing. And Eugene Pallette.

For Friday, we have this mystery woman in her mysterious motor.

Update: This is Jean Parker.

Also for Friday, we have our mysterious leading man in a dual role. Here he is in the spectral plane.

Update: This is Robert Donat as Murdoch Glourie.

And here he is in human form.

Note: Many people cursed auto-correct this week. You know who you are.

I am retired from the Los Angeles Times
View all posts by lmharnisch →
This entry was posted in 1935, Film, Hollywood, Mystery Photo and tagged film, hollywood, mystery photo. Bookmark the permalink.