Posted on February 8, 2021 by lmharnisch

Screenplay by Ketti Frings from a story by Marty Holland.

Produced by Hal B. Wallis.

“The File on Thelma Jordon” is available on DVD from TCM. It’s also available from Amazon on Blu-ray and streaming. 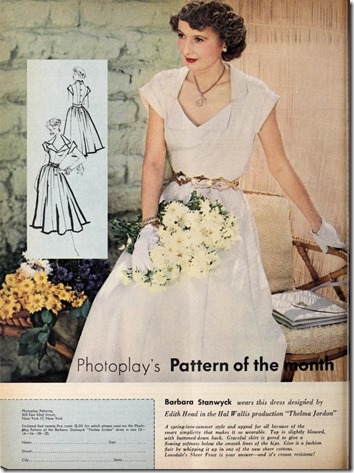 “Thelma Jordon” makes two Siodmak films back to back after “The Strange Affair of Uncle Harry,” which is my quota for this year, also exhausting my quota for George Sanders and Barbara Stanwyck pictures. I picked it at random from the Film Noir section of my local video store. I would rate it as OK but no more than that. There are the usual flawed individuals and double-crosses, but all rather typical for the noir genre.

Wendell Corey plays a prosecutor who drinks too much and avoids going home because his father-in-law, who visits regularly, is annoying. He kinda/sorta loves his wife (Joan Tetzel) and kids but meets the troublesome woman of the picture (Barbara Stanwyck) and the plot is off and if not running at least jogging. There is a murder because the plot demands it. There is the troublesome woman’s playboy amour (Richard Rober) because the plot needs a double-cross. Everybody pays the price and roll credits.

Bonus trivia: Photoplay magazine offered the pattern for one of Stanwyck’s dresses.

The perplexing aspects of sacred and profane love, which have troubled both the loved and unloved as well as scenarists, are tough hurdles apparently. For in “Thelma Jordon,” which came to the Paramount yesterday, these amours, which involve a basically fine family man and the designing dame he can’t resist, seem to have stumped the experts who made the picture. “Thelma Jordon” is, for all of its production polish, adult dialogue and intelligent acting, a strangely halting and sometimes confusing work. And, though it is concerned with emotions, great emotional impact is not one of its shining attributes. 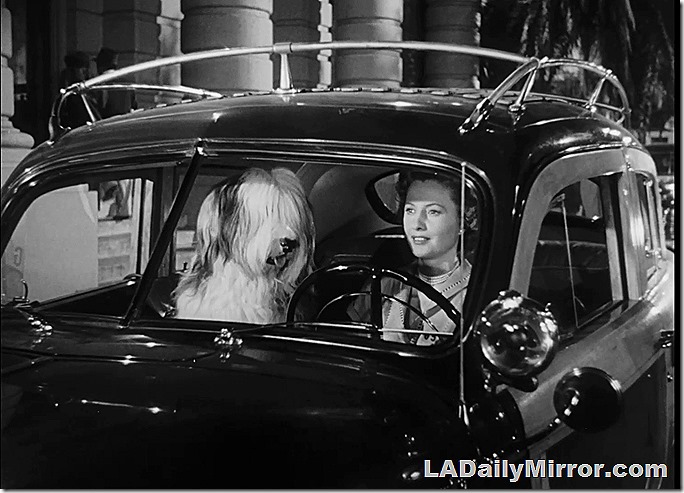 For Monday, we have another mystery doggo. His mystery companion has been cropped out due to insufficient mysteriousness and will appear Friday.

Update: For Friday, we have the mystery owner of the mysterious doggo.
Update: This is an unidentified shaggy dog and Barbara Stanwyck. 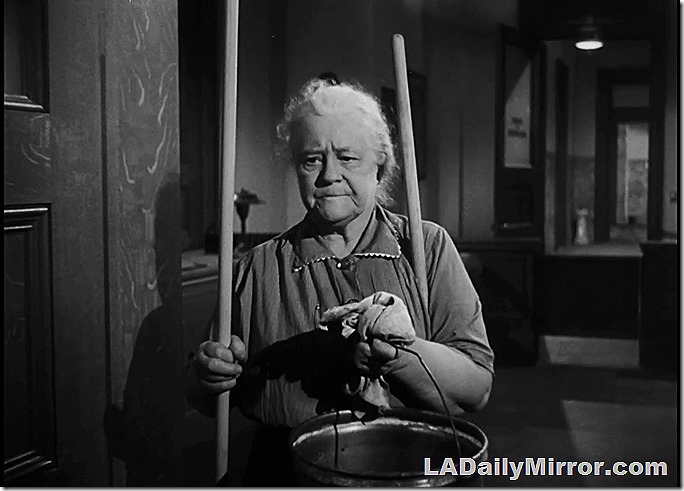 We also have this mystery woman. She does not approve of such goings-on by our leading man. 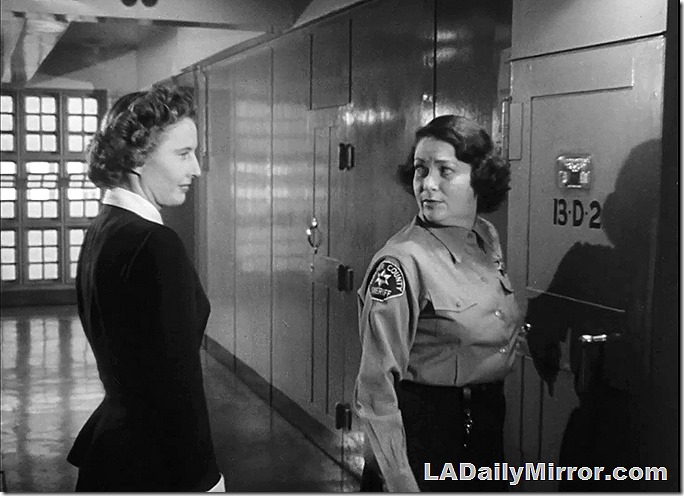 For Tuesday, we have a mystery woman. Her companion has been cropped out due to insufficient mysteriousness and will appear Friday.

Update: For Friday, our mystery leading lady is revealed.

Update: This is Barbara Stanwyck and Geraldine Wall. 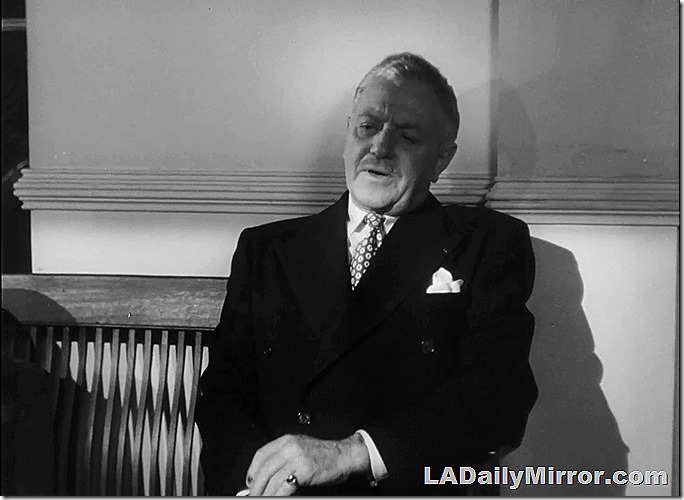 And we have this mystery gent.

Update: This is Stanley Ridges. 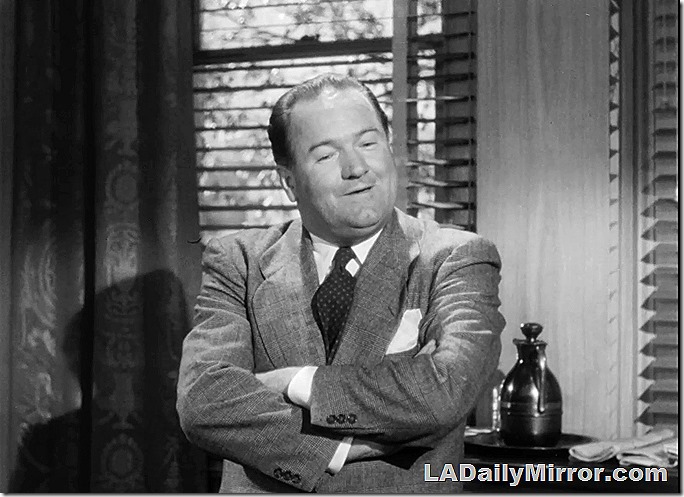 For “Aha Wednesday,” we have this mystery gentleman.

Update: This is Barry Kelley. 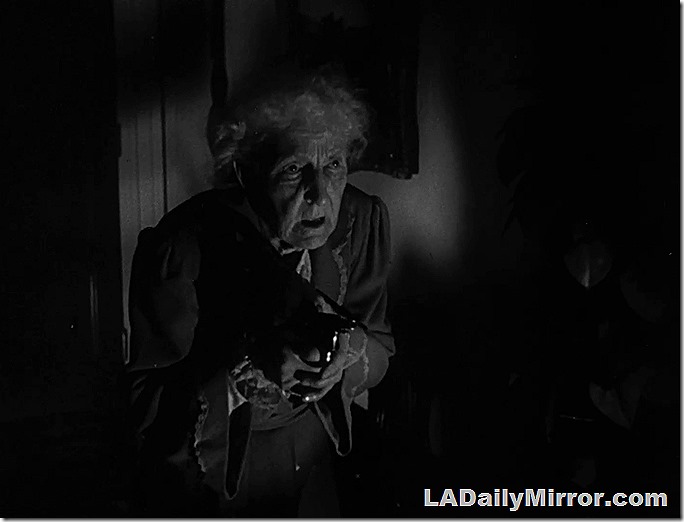 We also have this mystery woman. And she’s armed.

Update: This is Gertrude Hoffman. 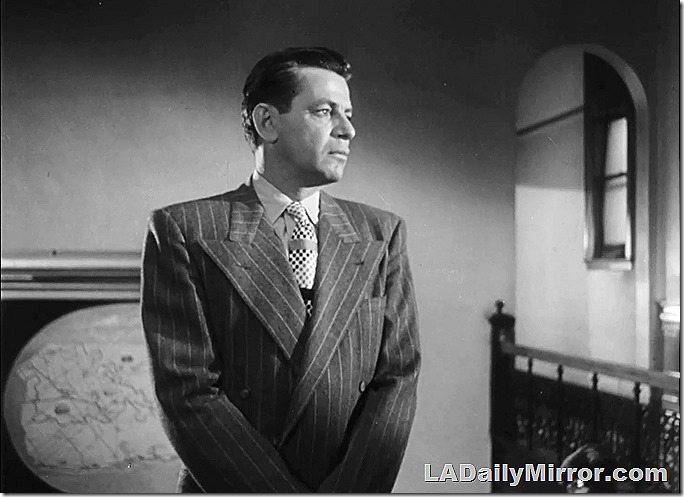 For “Aha Thursday,” we have a mystery gent with some serious lapels.

Update: This is Richard Rober. 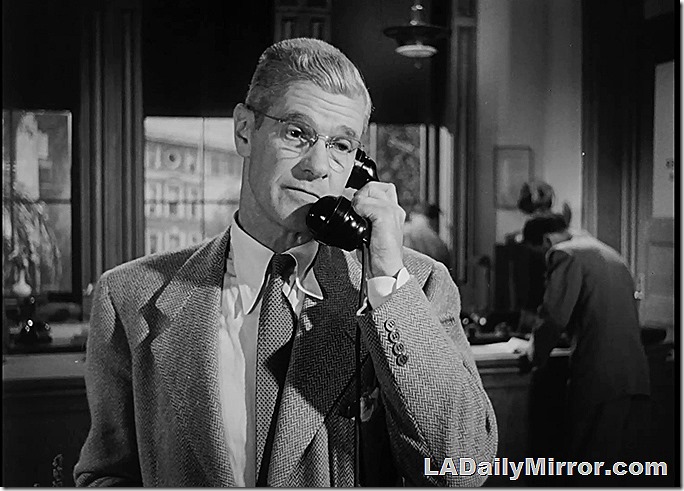 We also have this mystery gentleman, with more subdued lapels.

Update: This is Paul Kelly.

Note: I have been tinkering with my spam settings due to a recent increase and several responses inadvertently ended up marked as spam. If you think I have overlooked your answers, drop me an email 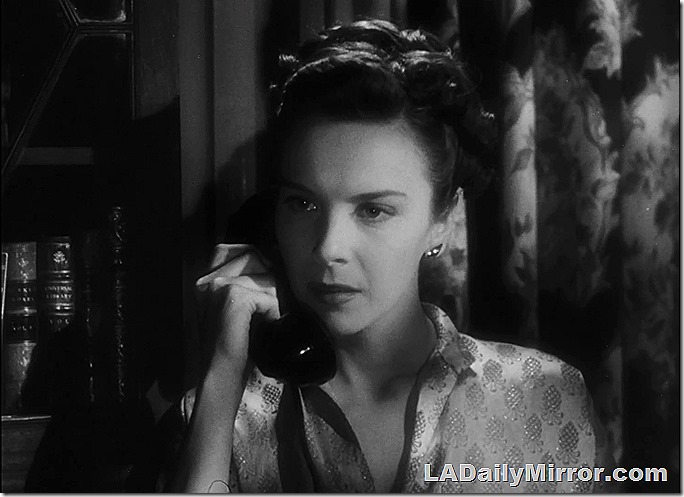 For Friday, we have this mystery woman. She does not approve of such goings-on.

Update: This is Joan Tetzel. 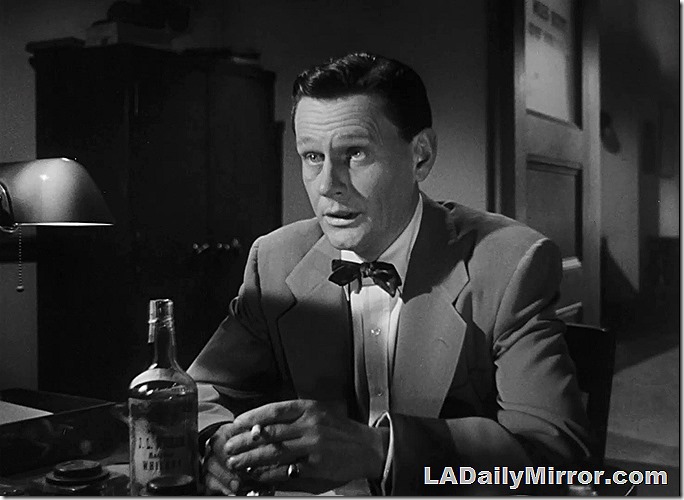 Also for Friday, our mysterious leading man has issues with drinking. He has issues in a number of areas in our mystery movie, liquor being one of them.

Update: This is Wendell Corey. 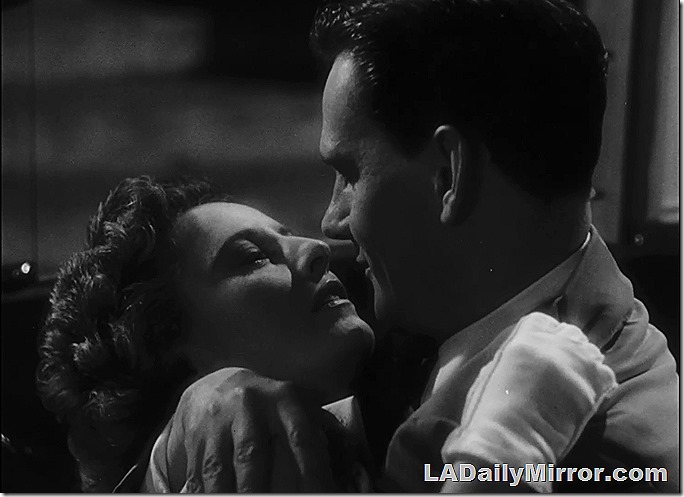 Our mystery leading lady being one of our mysterious leading man’s other issues.

Update: This is Barbara Stanwyck and Wendell Corey.