Screenplay by Whitfield Cook,  adaptation by Alma Reville, based on a novel (“Man Running”) by Selwyn Jepson.

“Stage Fright” is available on DVD from Warner Archive.

Note: I am always open to suggestions for mystery movies, depending on their availability.

Selwyn Jepson’s “Man Running” or “Outrunning the Constable” is hard to find. The story was serialized in Collier’s. The first installment is available via Unz.org.

“Stage Fright” was a pleasant surprise. I’ve seen quite a bit of Hitchcock, but somehow missed this film. It opens with a car chase or what could be a car chase. This is certainly not an original idea, but it clears up a lot of backstory right away and Hitchcock does it artfully, in an unobtrusive way, which is the touch of the master. The first 20 minutes or so are quite good and then the plot starts to sag.

Marlene Dietrich is probably the best thing about the movie and Wilkie Cooper photographed her looking gorgeous in every shot. She plays the tempestuous and conniving actress Charlotte Inwood for all it’s worth. (Is it likely that she would be nonplussed at the critical moment? Maybe not.)

Richard Todd as the initially sympathetic man in a fix is also good. Michael Wilding as “Ordinary Smith” and Jane Wyman (who had just won an Oscar as best actress for “Johnny Belinda,”) as the leading lady are more like Hitchcock’s “plug and play” leading actors. You could drop James Stewart and Doris Day or Grace Kelly or Kim Novak into those roles and no one would be the wiser. It is lesser Hitchcock, from a flawed script that no amount of great acting could save; but even lesser Hitchcock is worth watching.

In keeping with selecting mystery movies from the trade papers, “Stage Fright” was suggested by Harrison’s Reports, which said (Feb. 25, 1950):

Produced in England, this latest Alfred Hitchcock picture is a rambling murder thriller that wavers constantly between comedy that is delightfully funny and melodrama that is rarely more than moderately exciting. The overall result is a spotty entertainment that is too dragged out to keep one’s interest constantly alive. The main trouble with the picture lies in the improper development of the involved plot, which is given to wordy situations that slow down the action considerably, and which is not always logical. The performances are competent, the characterizations are interesting, and there are individual scenes that reach high points in comedy and suspense, but on the whole the picture lacks the touch that makes for sustained fascination.

The world of the London theatre is the fascinating milieu in which Alfred Hitchcock has chosen to pull off the conjurer’s tricks of his latest thriller, “Stage Fright,” which came to the Music Hall yesterday. And in this intriguing environment, he and his writers have contrived to give a fine cast of actors some slick and entertaining things to do.

But we feel we must quietly advise you that these things, while amusing separately, build up to very little sustained excitement or suspense. They are simply a wild accumulation of clever or colorful episodes, tending for the most part toward the comic, without any real anxiety. And, for this reason, that which one most usually expects in a Hitchcock film – namely accumulated tension – should not be expected here. 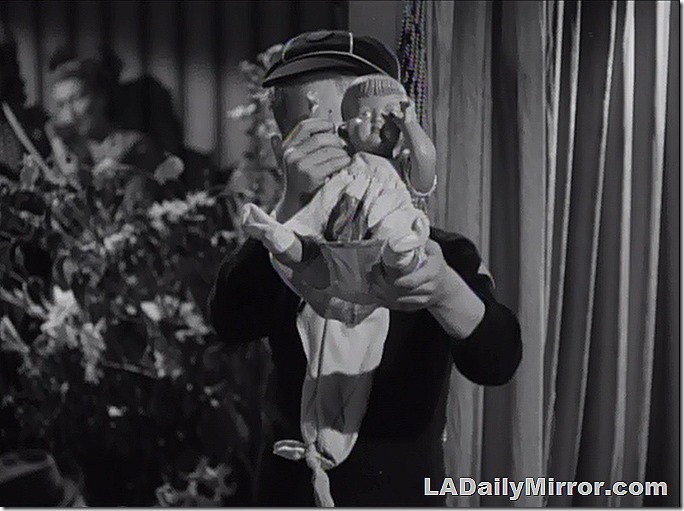 For Monday, we have a mystery lad and a mystery doll. I can already tell that outwitting Google image search will be a challenge this week. This time, it is I who do not approve of such goings-on. 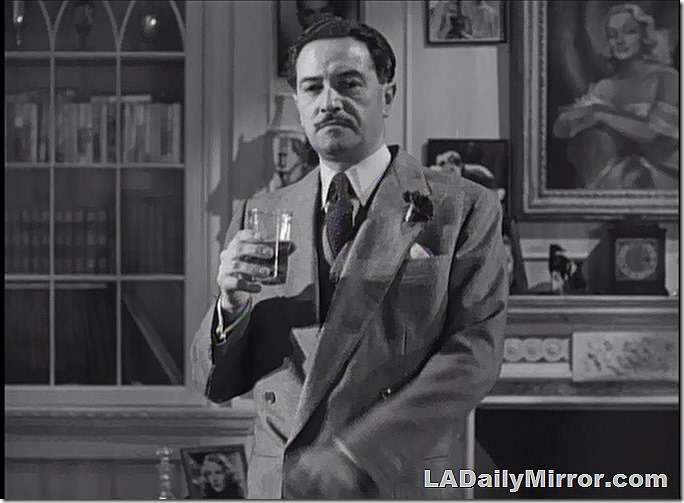 Update: This is a painting of Marlene Dietrich. Also Hector MacGregor. 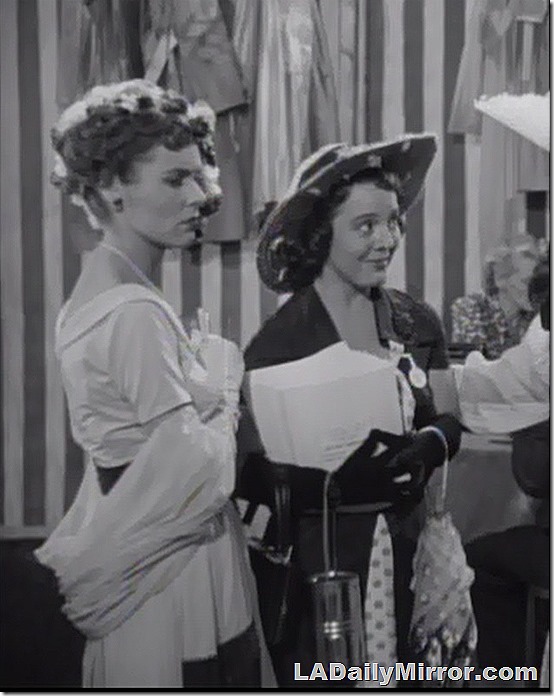 For “Hm Wednesday,” we have these mysterious ladies. Various Back of the Head Persons have been cropped out due to insufficient mysteriousness. There are better images of these actresses, but alas, they are plastered all over Google image search. And I disapprove of such goings-on.

Update: This is Josephine Douglas and Patricia Hitchcock. 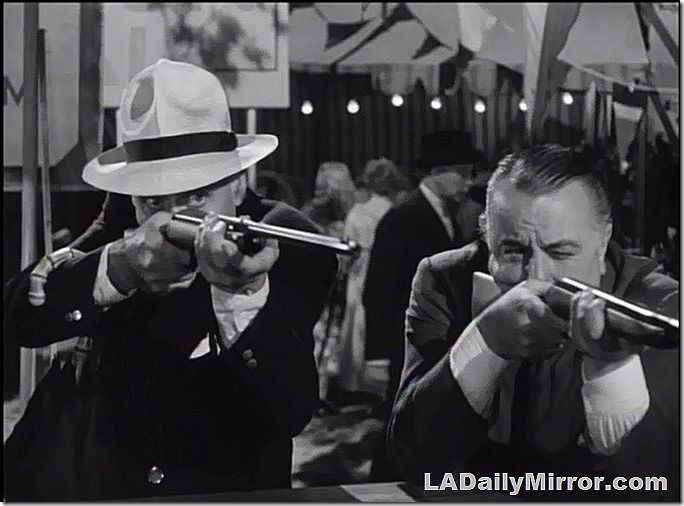 We also have two mystery gents demonstrating their marksmanship. Well, this seems a bit unfair for a “Hm Wednesday.” 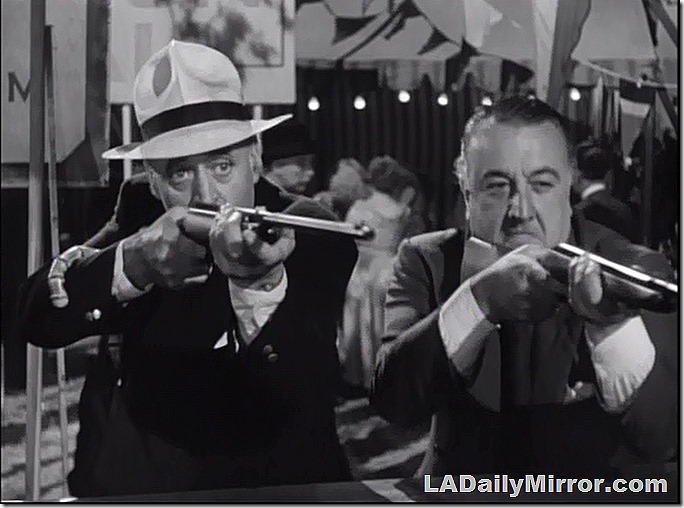 There! That should be somewhat less mysterious.

Update: This is Alastair Sim and Robert Adair.

Update: This is Kay Walsh.

And here’s a much clearer picture of one of Wednesday’s mystery women that isn’t on that pesky Google image search.

A better photo of Patricia Hitchcock.

And our final mystery woman for Thursday is on the phone.

Update: This is Sybil Thorndike. 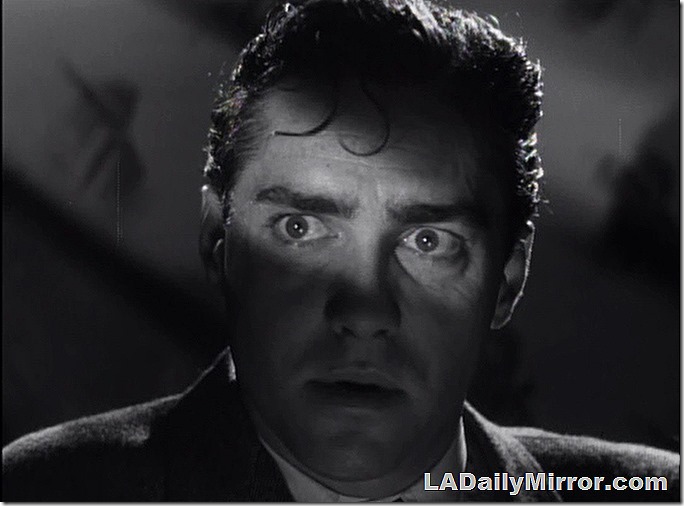 For Friday, we have this quite intense mystery chap.

Update: This is Richard Todd. 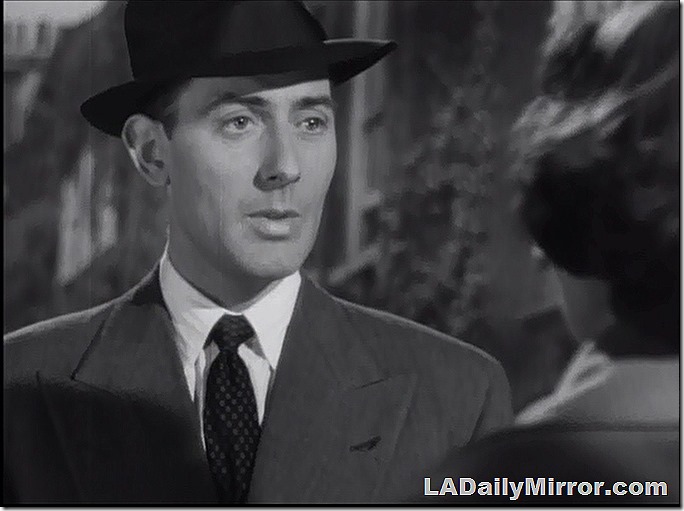 And this unmysterious bloke.

Update: This is Michael Wilding.

Is there anyone less mysterious than this actress? 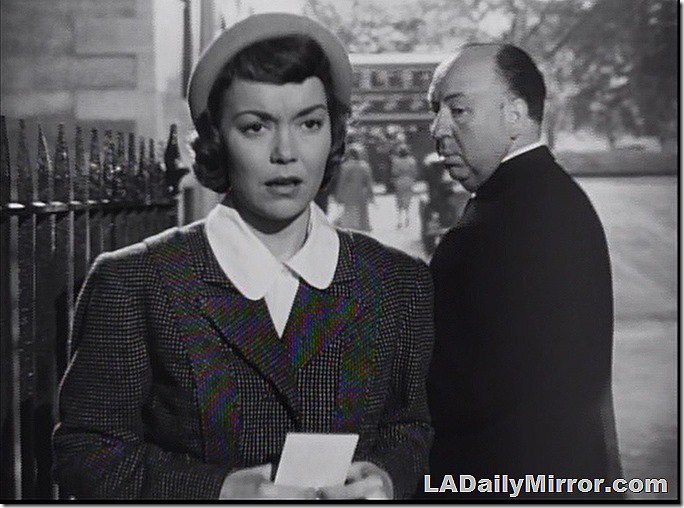