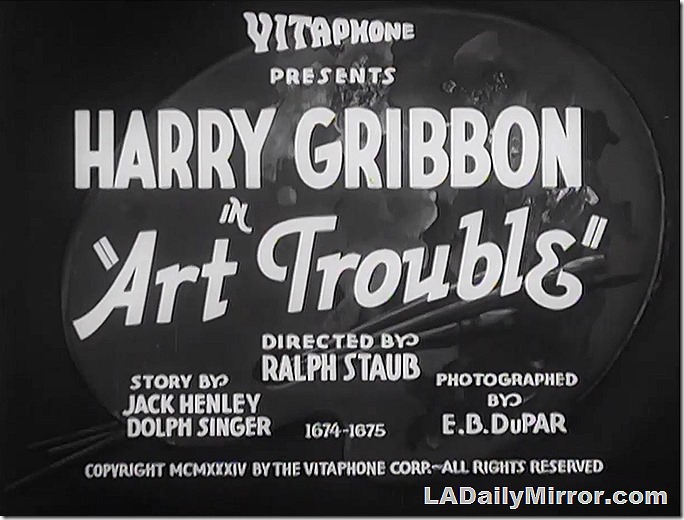 This week’s mystery movie was the 1934 Vitaphone short “Art Trouble,” with Harry Gribbon, Shemp Howard, Beatric Blinn and Leni Sengel. Writted by Jack Henley and Dolph Singer, photographed by E.B. DuPar, directed by Ralph Staub. According to the trades, it was released June 23, 1934, in a package of 29 Vitaphone one- and two-reelers scheduled for June through August, 1934.

“Art Trouble” is known today as the film debut of James Stewart, who – yes – gets roughed up by Shemp Howard. In every way, however, he is the James Stewart we know from much later films. Many of the performers are unidentified. Perhaps the Brain Trust can help identify them.

Aside from Stewart, there is all sorts of things going on in this film. It’s quite racy and definitely pre-Code.

Herbert Mueller of the Texas Theatre in Seguin, Texas told Motion Picture Herald (July 28, 1934) it was a “very good comedy.”  Seth H. Field, of the Dirigo Theatre, Ellsworth Maine, told the Motion Picture Herald: “Comedy that is way below the standard set by this company. There was no necessity of timing the jokes or gags to coincide with the audience laughter because there just wasn’t any of the latter.”

As a couple of painters who substitute for two rich brothers on a trip to Paris to study art, Harry Gribbon and Shemp Howard do a good job supplying laughs. Before the parents learn of the trick, Harry and Shemp have had quite a time of it in the Paris art salons, Apache rendezvous and other places. Should satisfy generally. 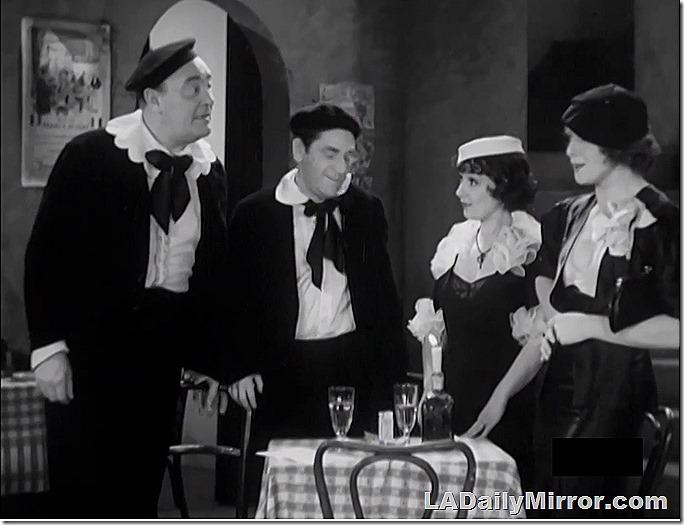 Leni Stengel: Before we sit down with you we must know one thing.

Harry Gribbon: What is that?

Leni: Are you two boys married?

There’s also an Apache dance (note to IMDB, NOT “unabashed”). 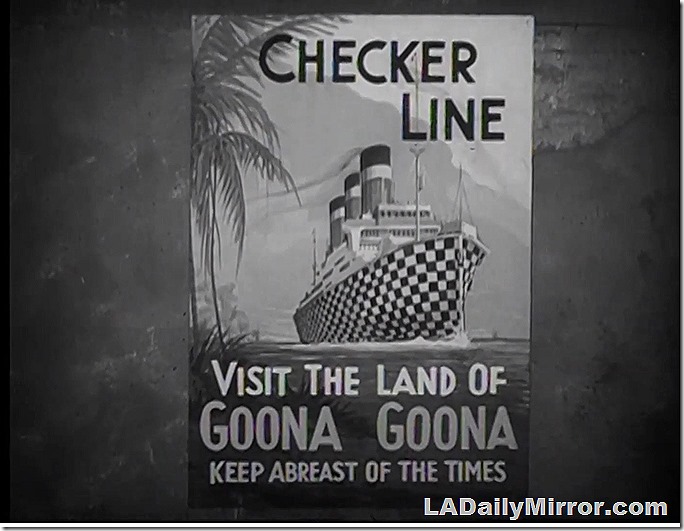 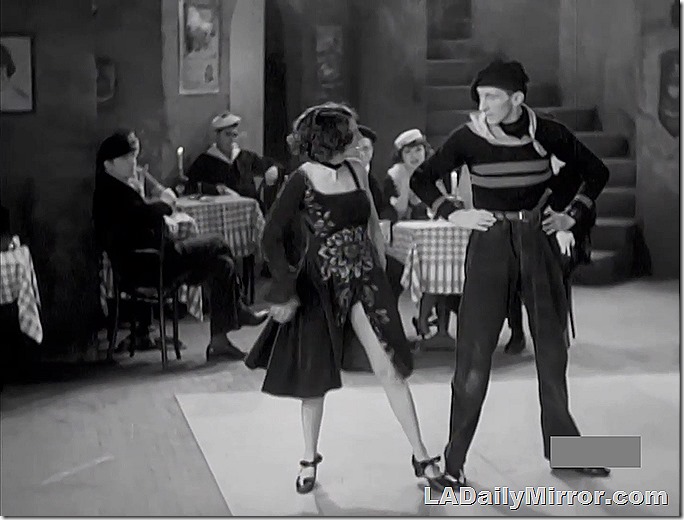 These dancers are unidentified, and although I’m not an expert on the Apache dance, they seem quite good. 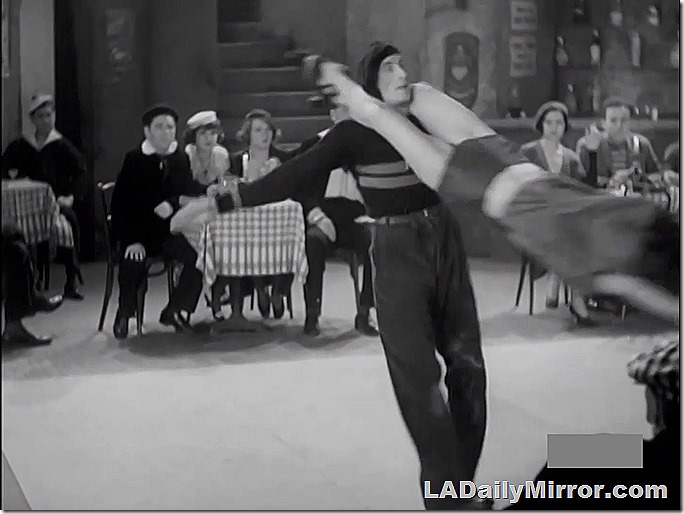 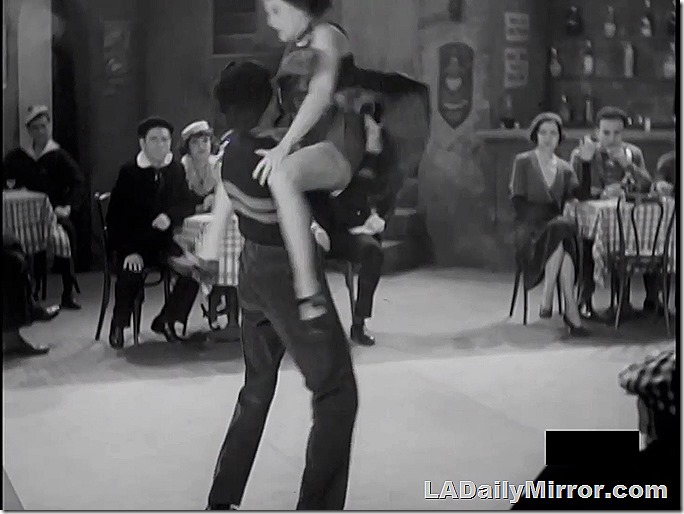 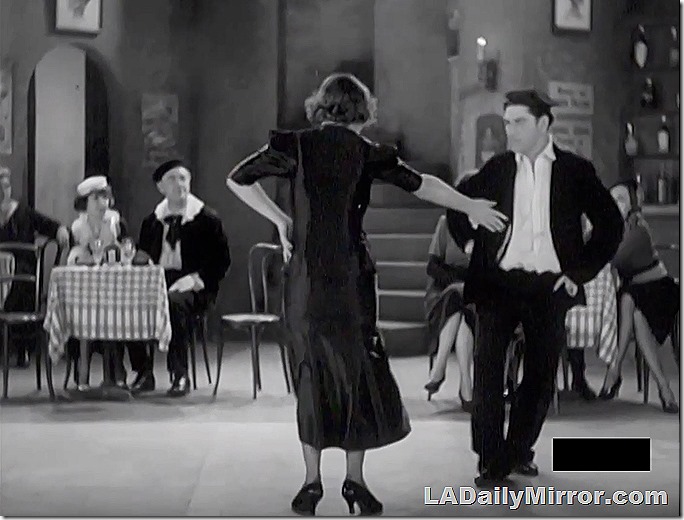 Which is burlesqued by Shemp Howard and Leni Stengel. 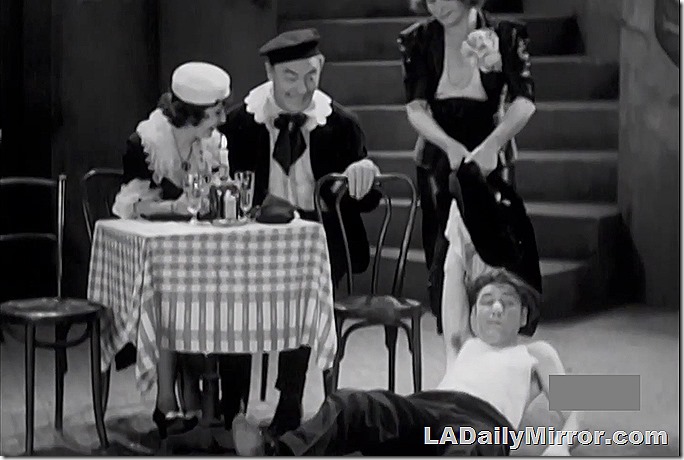 It does not end well for Mr. Shemp. 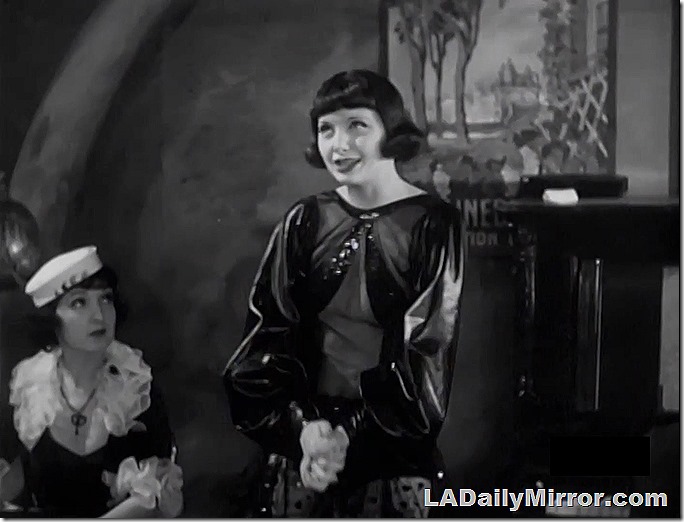 For Monday, we have a mystery chanteuse.

Update: Our mystery chanteuse is indeed mysterious as she’s not identified anywhere. She’s a good singer and I’m surprised no one has recognized her. 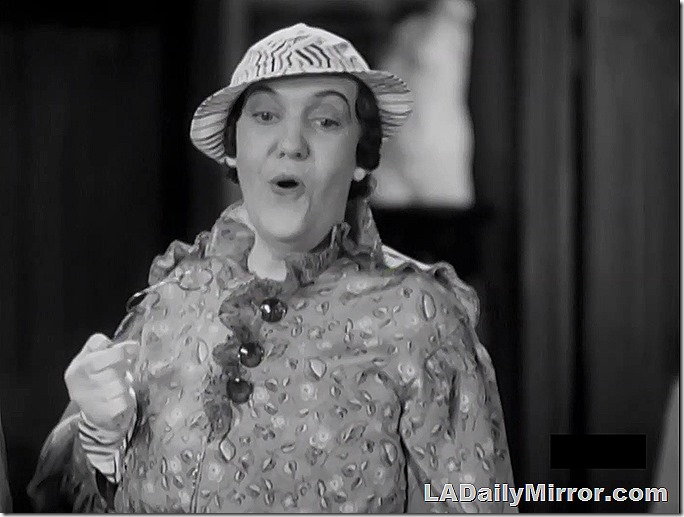 Update: This is Gertrude Mudge.

For Wednesday, we have this mystery gent. He is not interested in such goings-on.

Update: This is Don Tomkins. 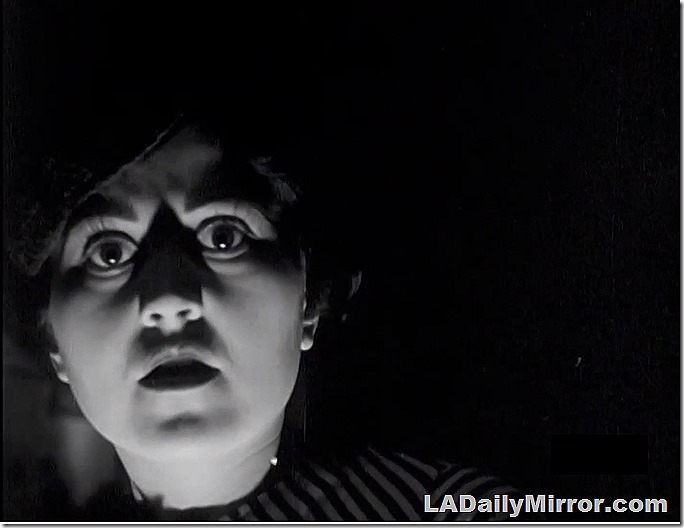 We also have this arty shot…. 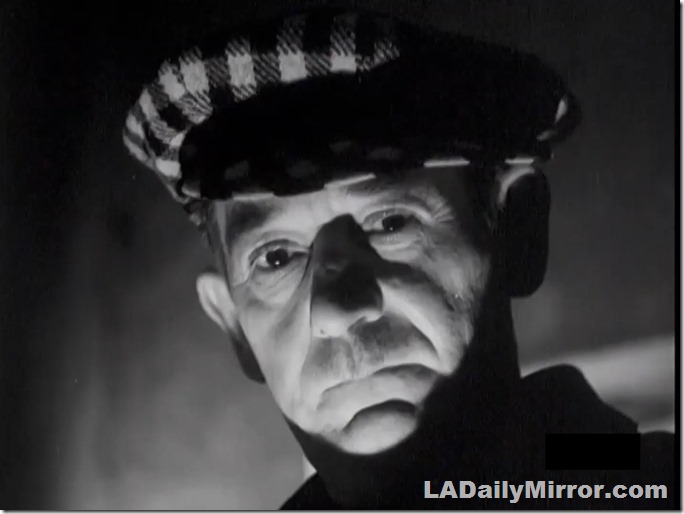 … and this arty shot – with newsboy cap! 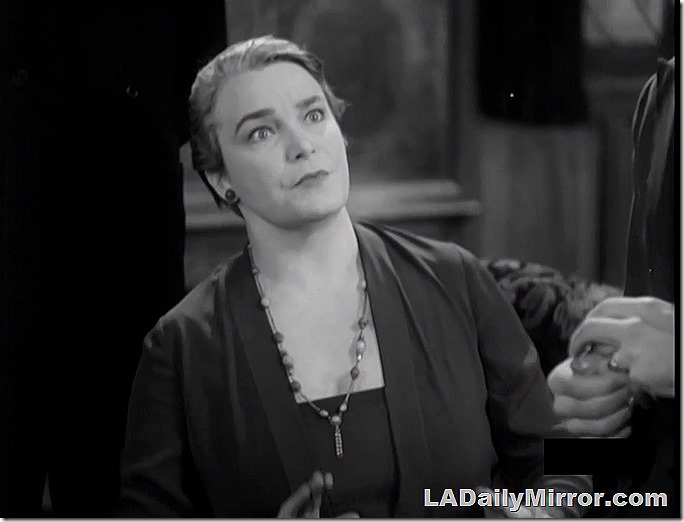 … And finally, this mystery woman approves of some goings-on. But not others.

Update: This is Hope Landin. 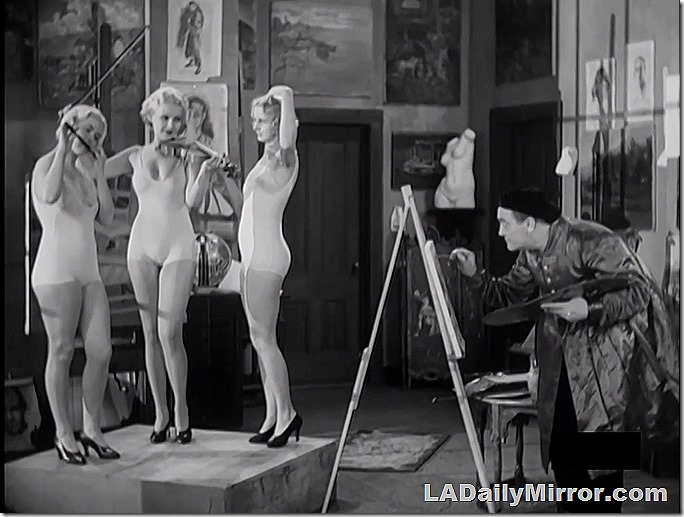 For “Aha Thursday,” we have a mystery artist and his subjects…. 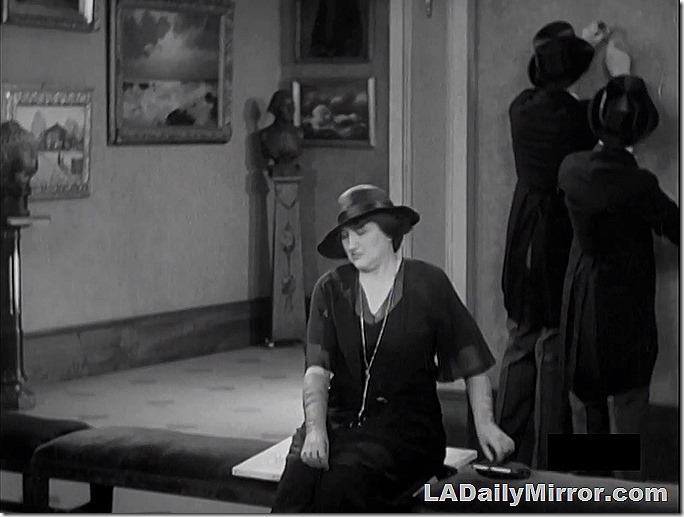 … A not terribly mysterious woman in a blurry screen cap….

This is, yes, Marjorie Main, with Harry Gribbon and Shemp Howard as Back of the Head Guys. 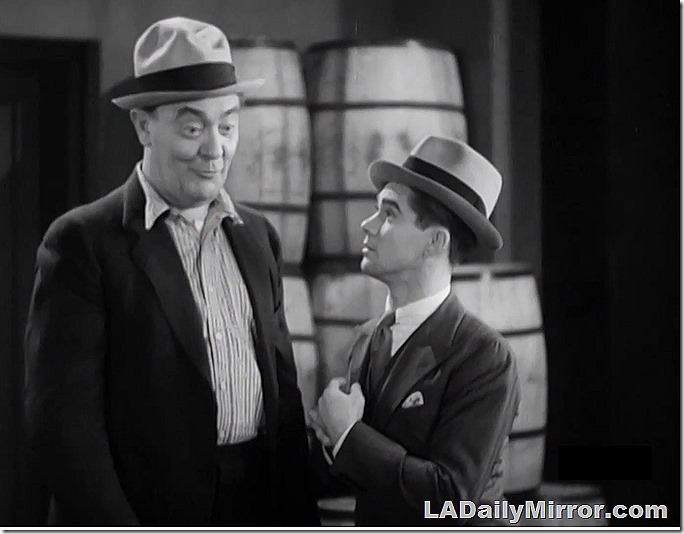 And our mystery artist with Wednesday’s mystery gent.

Update: This is Harry Gribbon and Don Tomkins. 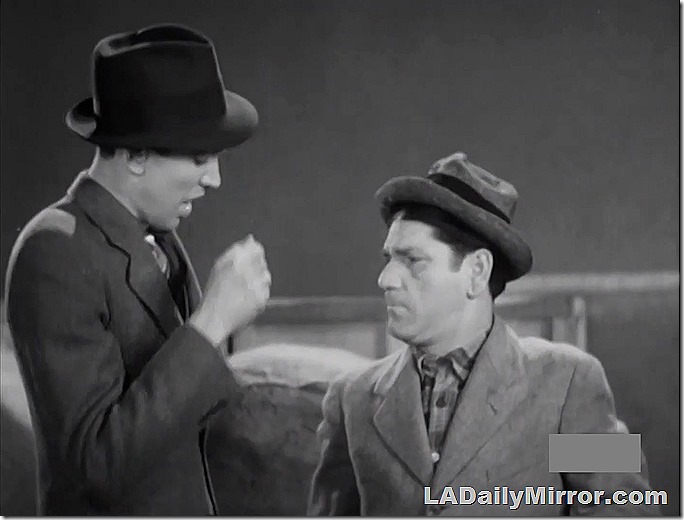 For Friday we have two entirely unmysterious gents.

Update: This is James Stewart and Shemp Howard 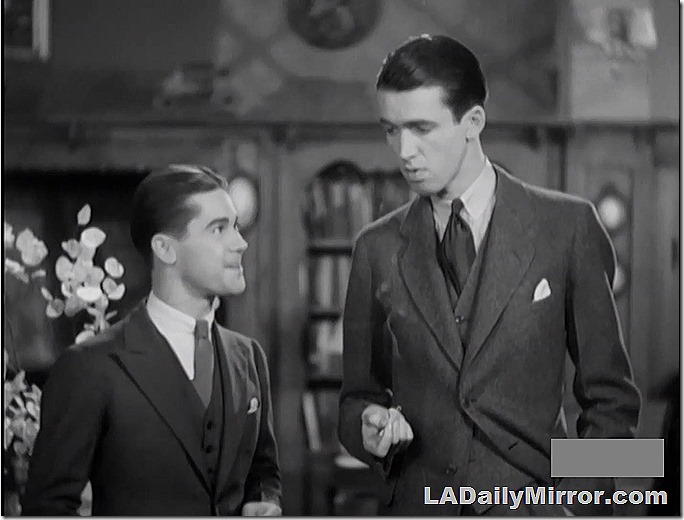 Here’s a better look. “On to Woonsocket!”

Update: This is Don Tomkins and James Stewart.